The world gathers for the Tokyo Olympics in Kasumigaoka, Shinjuku at the New National Stadium

It's hot and humid but the vibe in the air is so full of energy that no one really cares. The participants from 207 countries march out for the opening ceremony and the world watches in awe as its televised form the biggest city to ever host the games. It's like a scene form a futuristic scifi movie. Everything is designed so elegantly and everything is organized to the T. And then it happens, the ground begins to rumble and shake so violently that standing is not an option. The quake last for 1.5 minutes but feels like its still shaking during the sounding of the alarm to warn of the tsunami heading straight for Tokyo. The world watches live as the most catastrophic event in modern history unfolds. 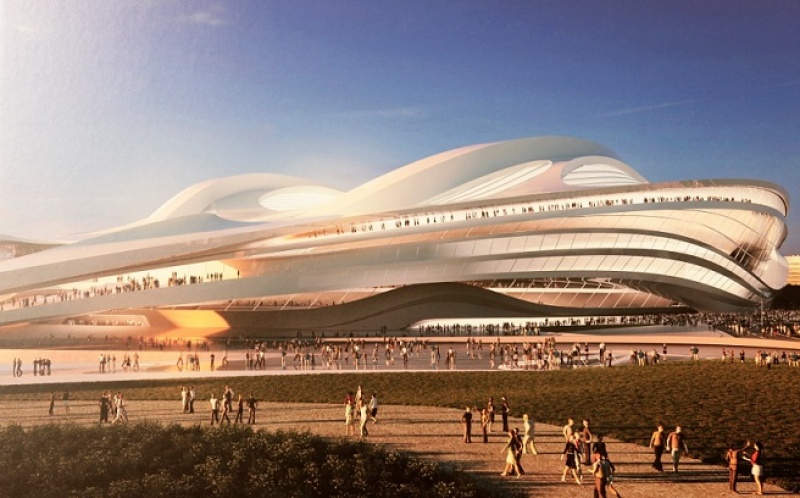 Yup it's sounds like a scene from a block buster disaster movie ( one that would sell quite well at that) but its actually a real concern for Tokyo and the world at large.

Quake, Tusnami, volcano and even terrorist attack are major concerns that have many people worrying about Tokyo 2020. The organizing committee is well aware of the concerns and are taking every precaution .

Tokyo sits right on a fault line that caused a disastrous earth quake back in 1923 and according to scholars Tokyo is due " A BIG ONE" any day now. The March 2011 earthquake and Tsunami was a real shock to world as they witnessed the power and unpredictability of nature. The scenes are probably still fresh in your mind.

I actually live in Japan and let me tell you. If it's one place I'd want an earthquake to hit while I'm there, it would be here. Earthquakes here are like an additional weather element ( rainy, sunny, cloudy, earthquake). That's why they are prepared for a quake better than any other country in the world. Buildings are made with shocks in the foundation to combat any shaking quakes may bring. Phones send out warnings before earthquakes hit ( M4 or higher, its a really annoying and distinctive sound that scares people more than the quakes themselves).

Below is actually footage of the early warning system counting down to the 2011 quake.

What is of major concern though is if a Tsunami hits. The organizing committee has assured the public that they have built a high wall over 2 meters tall around a seaside stadium that will host some of the games. ( But what about the rest of Tokyo?)
Scientist have concluded however, that in the worst case scenario, that wall would not help if a historical tsunami were to hit.
So if a Tsunami hits Tokyo it would be very SLIPPERY . But the chances of that happening are like the chances of winning the lotto.

"Then there is the threat of a Volcano"

Oh yes Mt Fuji is a sleeping beauty most say. But something so magnificent cannot stay asleep for long. After the 2011 earthquake the volcano began to show signs of activity and scientist have began to watch it even closer. The Volcano, though 142 km away from Tokyo would leave the place ASHY if tit were to erupt. Planes would not be able to fly, breathing would be a concern, animals and plants would die and yes of course the games would be canceled. 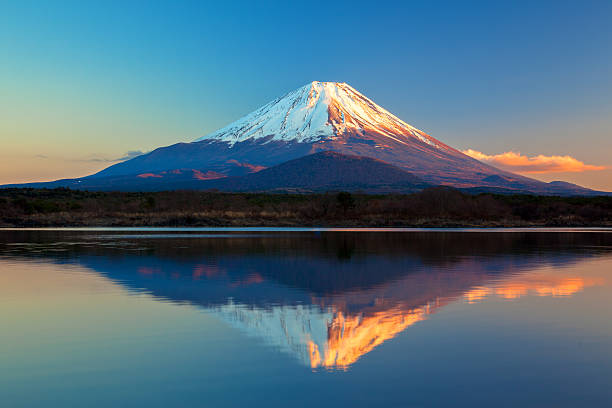 And then there is the threat of a terrorist attack

From kim jong Un testing missiles over Japan to extremist Islamic groups on the ground strapped with bombs to their body, the Olympic committee is not taking any chances. State of the art radars , missile interceptors and emergency drills all in place and updated since the announcing of the 2020 games are some of the steps that are being taken to prevent a man made disaster. Just like the earthquake alert, Japan also has a missile alert that warns the nations via phone as soon as a missile is launched. The only concern is that this service is only in Japanese. The first time I heard the alert ( Sounding like a classical Japaneses video game) I thought my wife was playing "puzzle and Dragon" at 6:00 AM in the morning, only to find out it was J-ALERT.

Below you can hear what the alert sounds like

And regarding the threat of an on the ground attack from an Islamic extremist group.....

As racist as this may sound, over the last couple of months there has been an increase in the number of people form Islamic countries coming to Japan. I personally have no problem with that as I find people of the religion very spiritual, kind and family oriented. But to the TV goggled eyes, this could look like a chess move in time for 2020.
No doubt the ports of entry are being very vigilant in the months/years leading up to 2020. I can also imagine the increased prejudice people from Islamic countries are receiving as well. But let us not forget about home grown terrorist groups in Japan like the one that dropped sarin on three lines of the present-day Tokyo Metro (then part of the Tokyo subway) during rush hour, killing 12 people, severely injuring 50 and causing temporary vision problems for nearly 5,000 others. The group known as "Aleph" is a Japanese cult that was responsible for this incident as well as many others in the past.

Now I don't mean to scare you from coming to the Olympics here. Japan is one of the safest countries in the world and the scenarios I talked about are only concerns. Yes, they could become reality but the chances of that happening are very slim. I think the games in Tokyo will be one of the most memorable. They are meticulously going over every fine detail possible to make sure you have the time of your life once you get here. The businesses are preparing as well. Many people have even began to study English and other languages so they can better serve the influx of people that will come to the island.
There is so much to see and do here I guarantee you will have the time of your life. The latest Virtual reality game arcades, the elegant temples, maid cafes, the Izakayas ( Japanese style bars) and of course the Tokyo party scene, there will be tuns to do on your down time from watching the games. If you come with family, Tokyo Disneyland just expanded and is gearing up for 2020. The aesthetics and uniqueness of Tokyo will have you in awe. Especially if its your first time here, you will find something amazing around every corner. Have you started making your plans to come see the 2020 Tokyo Olympics yet?

Where is your introduction dude?

If it's one place I'd want an earthquake to hit while I'm there, it would be here.

I agree, man! I was in Japan -- Shizuoka and Tokyo -- in March 2011 and I saw the reactions to the earthquake in all different scenarios: on a train, in the airport, on a plane etc. and was really impressed how calm everyone was being. Kinda hard to panic and act like a dickhead when everyone around you is being so zen!

Indeed. Imagine if this scenario took place in the US? All the looting , all the chaos all the madness.
Hahah " Kinda hard to panic and act like a dickhead when everyone around you is being so zen!" Exactly. I learnt a lot about the Japanese during that period.