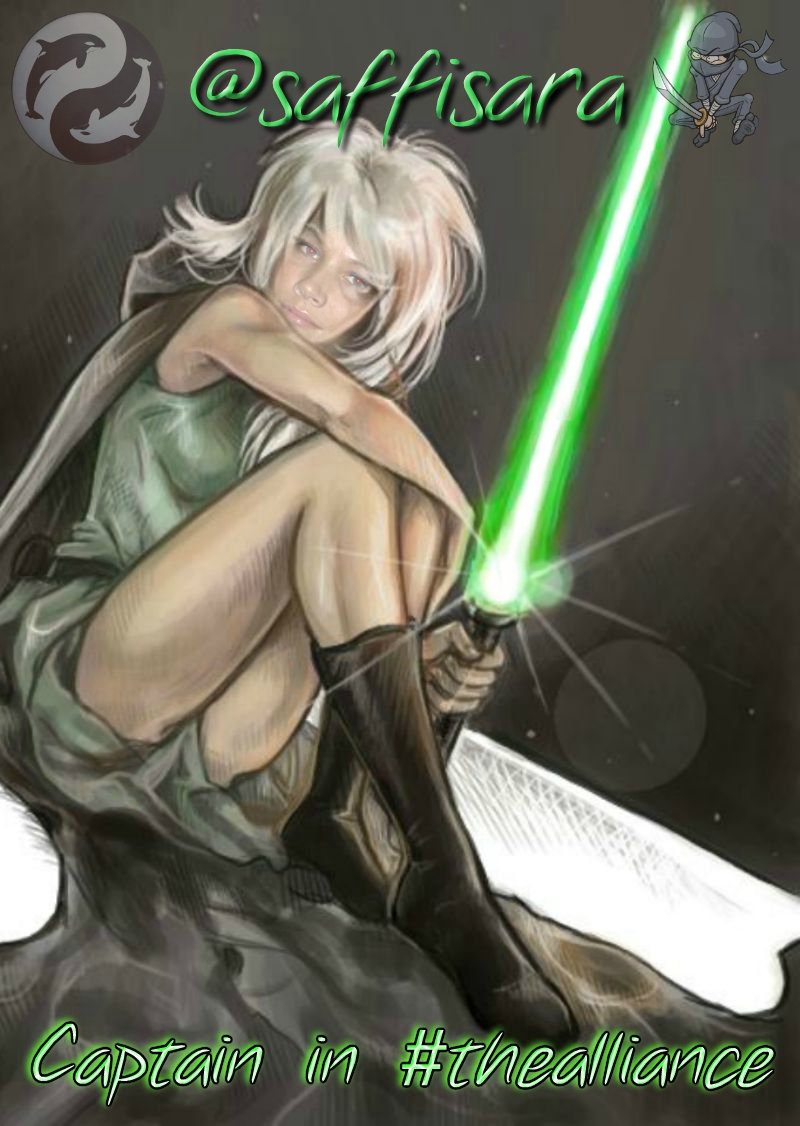 The General flings open the curtain on her tent. Short of breath, he manages to yell, "Captain! Get your squad ready and let's go, NOW!"
@saffisara nods to her small elite class of Six Mountains warriors and they fall in behind her. "What's the rush, where are we going?"
As they jog hastily toward The Songbird, @tattoodjay explains a little about what he has been doing the past few weeks with X40L1N and how #thealliance is forming. How he believes that there may be hope, after all, for the dismal future most believe is in store for the planet... @saffisara was born to The Snow Leopard Clan in The Six Mountain Nation. It was what would be recognized a millenia ago as a conglomerate of Sweden, Norway, and Finland. After WW III, the countries combined to form The Six Mountain Nation. Each of the tallest peaks had a clan that represented them on the 6 Mountain Council. That council and The Six Mountain Nation has prevailed for hundreds of years in their combined strength and unity. Every half of a century, as evolution would have it, a shapeshifter would be born of one of the six clans that would be the ultimate say in the council and represent them all in the Earth Senate. Sort of a king or queen, but their humility wins the following of the population of all the clans very easily.
It was hard for @saffisara growing up, especially as a teenager. Before she knew she was a shapeshifter, she often was wooed by suitors from all the clans. The attention received was almost too much. Everything changed for her the night of her first actual date that she got pushed into. Some lowlife that kept asking and asking and asking. She didn't want to go to begin with, but because she was simply tired of the incessant proposals, she agreed to go. As the evening passed, he became more and more frisky to the point of forcing himself on her. In a panic of a struggle, she ended up stabbing him with her car door key in the neck.
"Self-defense," she thought. She was beside herself and ran away from the scene of the mishap, blood from the fresh kill still wet on her coat in the brisk evening air. Blood gives off a scent you see, one that was picked up on by a rabid pack of dogs. They began chasing her and she started running as fast she could, darting around the maze of the town, not even sure where she was going. Ultimately, she found herself cornered in a mountain crevice near the old graveyard on the outskirts. 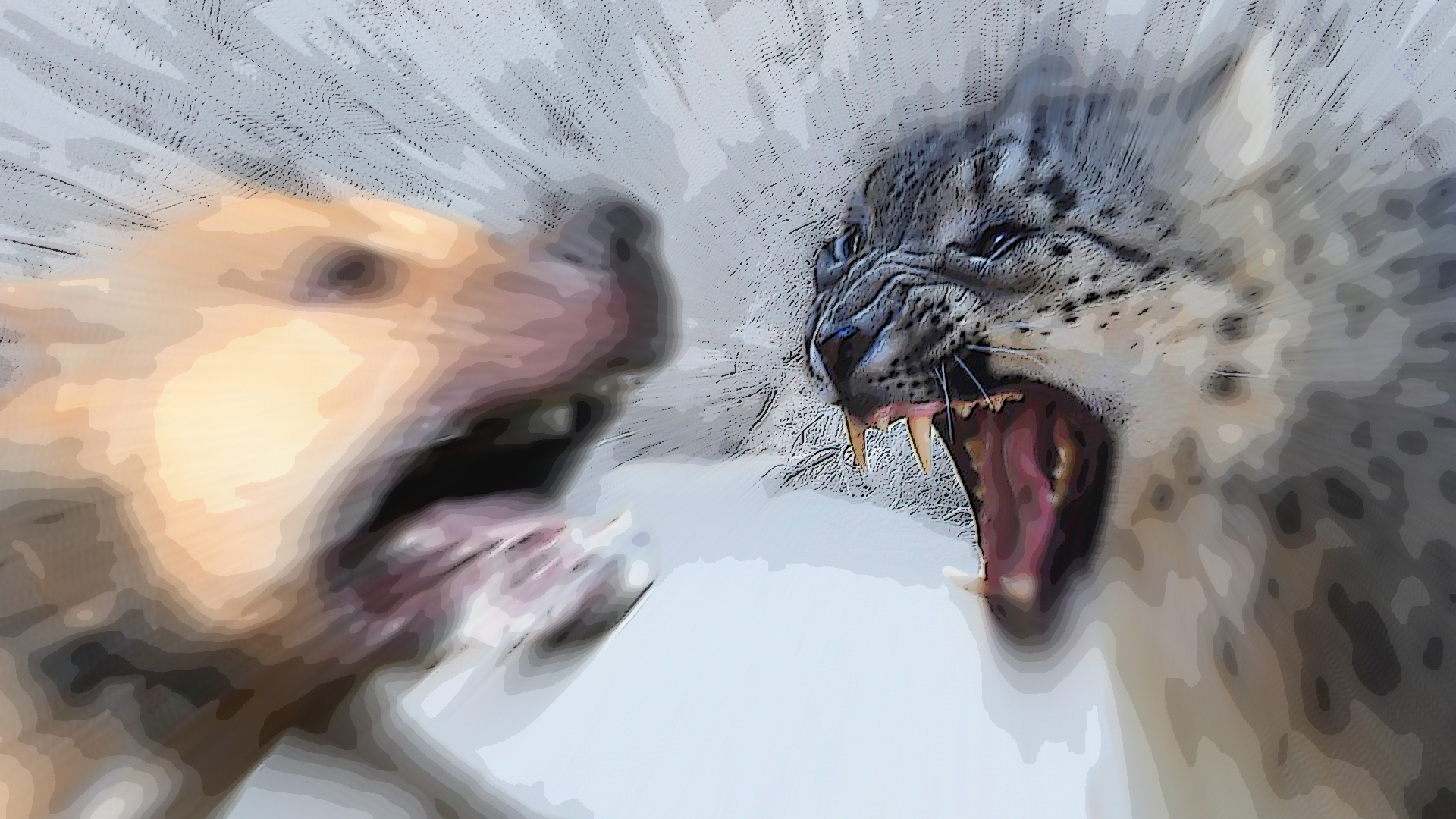 The first dog bite was the worst and sent excruciating pain throughout her entire body. That pain forced a change in her as she let out a war cry and shriek not heard in almost 50 years. It echoed throughout the canyons and the dogs froze as she changed into a cunning and ferocious snow leopard. The dogs all attacked in fear and hunger but they were no match for the newly found reflexes, strength and speed she had. She finished them off in no time, payed her respects to the dead and ventured back towards town.
Within the short few hours she was gone, the town had notified the council of the sounds from the valley and were assembled to decipher who it was that had made the cry. A cry heard only every half of a century or so. They were all assembled in the town square as she approached them, the sticky blood decorating her torn coat with patches of dog hair and dirt. The Six Mountains Clan's leader knew, as soon as she was within the wind's wisp of her scent, that it was her. He approached her, bowing his head and slid the ancient gauntlet from his arm. The townspeople and rest of the council all began to gather around her and their leader as they both dropped to their knees in front of each other - his out of respect, hers out of weariness. He handed her the vestigal 6 Mountains Bracer and she stared at it, knowing of it's power from folklore, but to have it? "This will allow you to control and focus your gift," he said staring up into her ice-blue eyes... 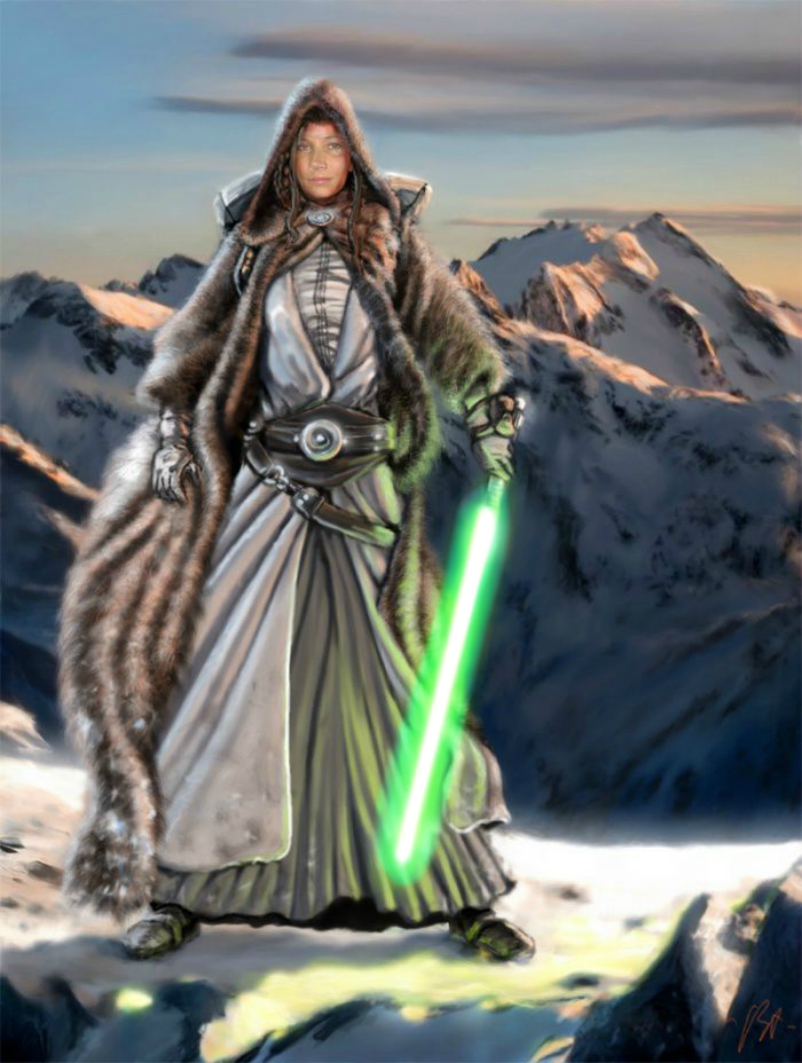 They can hear the commotion and gunfire in the distance. The steady rain will keep their approach quiet. The Captain gives signals to her squad to accompany JJ as she fleets to the nearby buildings. She scales the walls like Cat-Woman with an agility unknown to modern man. She awaits The General's approach, however anxious seeing the unknown figures standing with one she did recognize. @tattoodjay wasn't joking, it really was a sight to behold. And to see K-Pop in the thick of a battle?
She can see @tattoodjay is almost in position for a rear assault on the Hadish horde. She was rather in awe of the smooth motions @enginewitty displayed in battle and saw that @michaeldavid was no slouch either. The two moved together separately but fluidly combined like two strong currents of the same river that formed a powerful inescapable undertow. She also noticed that the Major was getting in a few good licks as well and for some reason, her arm was tingling about her wrist. A welcoming warming sensation that comforted her arrival. "Who are these people?" she thought. Seeing The General now in position, they flared their nostrils and engaged the Hadish alongside the other Alliance members.

@saffisara was amazed at how well they all melded in the skirmish. Each trusting the other as if they'd all been fighting together for decades. According to The General, it had only been a few months and she jumped right into the mix without skipping a beat, complimenting her new allies' attacks and positions. It didn't take long for the combination of her elite warriors and #thealliance to subdue the oncoming horde.
Then the ground beneath their feet began to rumble, and it wasn't thunder this time. They all looked at each other and up and down the alley. It felt almost as if there were tremors from an earthquake jostling their stances. Then a voice from above caught their attention.
"Hey you fucking idiots! You got about 2 minutes to get on my ship and anyone that ain't on it, their dumbass gets left behind!" Still muttering to himself and rushing back over to the ledge on his club, @goldenarms looks across the city from his vantage point and sees what is coming. A massive horde heading straight for The Songbird and in the middle is a Hadish Demon. He knows they aren't to be taken lightly as he's had his own run-ins with the bastards on several occasions. He had yet to meet anyone that bested a horde led by one of the Demons... 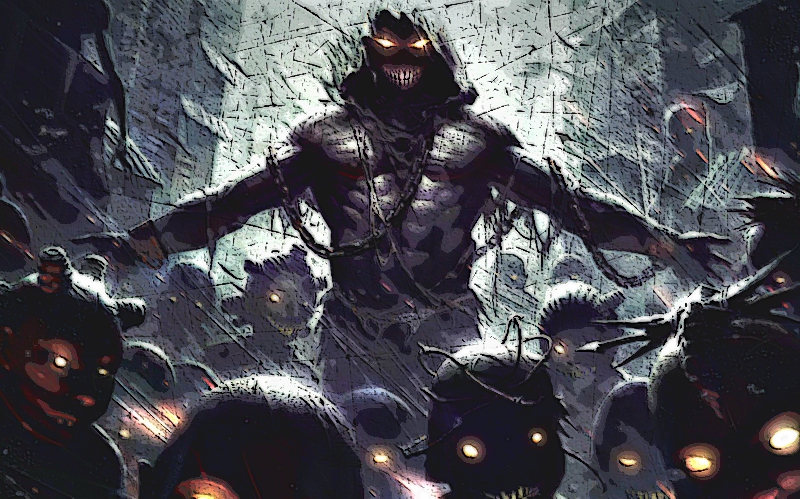 The Alliance - A Thousand Words: The General

The Alliance - Acknowledged: The Joki Master

The Alliance - Advent: The Juyo Deity

Been waiting for this for a while now. Love how you are incorporating all the characters together! How long before the next one???

I love it! Awesome job man! Always awaiting the next one!

They are fun to write 😎

I can tell you have a blast!

I loved the baby leopard!

Ok this is really amazing 😉 lol
I love being the snow leopard really creative and shapeshifter Yeay my favorite!
Great written and I love the story and thank you for including little me 🤗
So cool to se how the characters comes together as a team! Awsome!

I thought u were a great snow leopard 😊

😊 yes snow leopard is really cool.. Lol
Honored to be one...

Damn bastards, they will pay dearly for his daring. Big. @steemitcomics

This post has received a 32.69 % upvote from @sneaky-ninja thanks to: @steemitcomics.

I love the story. So real and entertaining, I encourage you, you can

Thanks doll, you read the others?

Somebody deserves a tip!

This post has received a 2.33 % upvote from @buildawhale thanks to: @steemitcomics. Send at least 1 SBD to @buildawhale with a post link in the memo field for a portion of the next vote.

Good job! Thanks to @saffisara you have planted 0.50 tree to save Abongphen Highland Forest in Cameroon. Help me to plant 1,000,000 trees and share my Steem Power to the others. Selfvoting is prohibited, but that should be the reason to spread the world to protect our precious environment. Check out profile of our conservation association @kedjom-keku and the founder/coordinator @martin.mikes to get more information about our conservation program. My current SP is 14307.82. Help me to plant more trees with your delegated SP.

This post has received gratitude of 6.14 % from @appreciator thanks to @steemitcomics.

I do kick so be aware 😂😂hahaha
No your good dear!
It is a great comic and I love being the snow leopard.. Lol

weird formatting error, tried to fix that quote it would not let me
Now it just looks like you are the kinky one LMAO!!!

Yeah that to... Lol 🐆 how does haturday fit in there? 🤔 hatursnowleopardday lol

Another great chapter man! The snow leopard is awesome and can't wait to hear more about Goldens ship.

i think this one is my favorite so far... love the shape shifting back story!!

Should have another done tonight or early tomorrow :)

What world did I just enter? Great story, awesome artwork! This is going to be fun. Feels great to be the new guy.

Very cool stuff. You going to "publish" this one day?

I would like to compile all of it into some sort of something physical for people, yes.

The @OriginalWorks bot has determined this post by @steemitcomics to be original material and upvoted(1.5%) it!

Congratulations @steemitcomics, this post is the tenth most rewarded post (based on pending payouts) in the last 12 hours written by a Newbie account holder (accounts that hold between 0.01 and 0.1 Mega Vests). The total number of posts by newbie account holders during this period was 2141 and the total pending payments to posts in this category was $835.15. To see the full list of highest paid posts across all accounts categories, click here.