I choose to Self Own instead of Cell-Phone! Smashing My Phone After Learning The Industry Covers Up Cancer Risks From Phones. As a teenager, I sold phones as part of my job in an electronics shop. We had ZERO idea back then that the technology could cause cancer and DNA damage - in fact, many people today still don't realise this, despite it being published in scientific papers for years and governments already passing legislation to force manufacturers to explain the risks in their literature.

Despite the legislation it is common for manufacturers to put their warnings in the smallest possible font in manuals such that almost no-one reads them.

When I started to learn the truth of this, being someone who doesn't mess about when it comes to making changes that can protect my health - I chose to smash my 'smart' phone with a hammer!

You can learn more about the scientific work that exposes the industry coverup in my previous post here.

Here's a brief video on the topic:

Cell phones are good for testing websites - shame to smash one up!

I wouldn't put one near my head though... 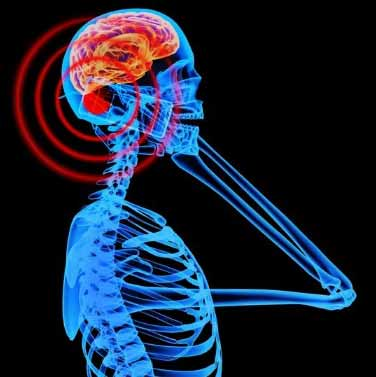 There are plenty of phone emulators for that purpose ;)

Do you have any recommendations?

It's important to find emulators that are well supported as the devices and technology change regularly. Most of the small websites that offer emulators are either broken or don't really do the job properly.
I found that now, the reliable ones are not free services any more. However, you can use the Android emulator 'Andy' for free and it is a fully functioning phone emulator for your desktop.

Thanks, I'll give it a crack. 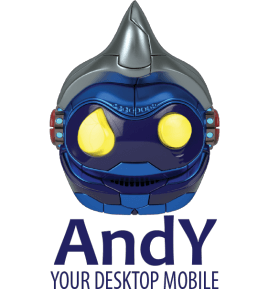 NOTE: I am now testing out 'viewly' which is an other video service for Steemit that uses a decentralised model. This one embeds directly into the posts too - nice!

I wouldnt apply that logic to your laptop too otherwise you wont be able to go onSteemit :p

hehe, well, i can open up my laptop and disconnect the WIFI transmitter.
thankfully we had our home rewired not long ago and the opportunity was taken to install ethernet cables in all the rooms, so i don't use any WIFI at all here. :)

So true @ura-soul, but for this time, honestly I would not do the same yet. My smart phone is my only portal to steemit when i'm on mobile. Sorry my words is against yours

I am quite happy to work from my computer, but if I didn't have a computer then I would maybe use a phone along with attachments so that I can sit away from it - as far as possible. At the time I smashed my phone, the technology was not as advanced and these options didn't exist.

I would sell it instead...

A test in my country with 5G made cows in surrounding farms go mad .
A whole generation is lost swiping a small screen thinking it's reality . I bet the medical industry will make good profits in the coming years .

Do you have a link to the study about the cows?

It wasn't a study on cows , it was testing a new 5G network back in Jan 2017 .
Officially there are no connections between the behaviour of cows while testing .
Farmers reported strange behaviour to the media , A couple of farms in the same area had there cows go in to a panic state , all of them ,, at exactly the same times . It was scary and a mystery at the same time .
Only when a employer of the test site leaked test times to the farmers connections where made .
There are only some media posts about testing 5G and some local news sites reporting on the cows .
There all in Dutch so i hope you will be able to translate .

There never where official statements made , media went silent on it very fast .
I do not think the public will ever see or hear about it again .
The area is one of tremors and quakes due to gas drilling , most think the cow problem relates to that .
It is nicely covered and hid away behind that now .

Thanks, ok. I found this link in English: https://www.letsraiseawareness.org/testing-5g-wi-fi-troubles-cows-concerned/

That is certainly a potentially important story to reference in the future.

And what did you accomplish exactly by breaking your phone, when there are still millions of them out there?

Without a phone I am not going to be using a phone and thus I do not invite a potentially hazardous EM field close to my body. I live in an area where there is minimal cell tower coverage - so removing a phone from my environment has a measurable effect for me.

Jep , smashing your over 10 years old Nokia N95 must really have felt good ;-)

It's good to give this some attention , but now show how you smash the phone you are using in 2017 .
Cause i am not that easily fooled ;-)

I smashed the phone a few years ago and uploaded the video to youtube in 2015. I hadn't used the phone for several years here as I have no reason to and we have almost no cellphone reception anyway - that said, I would have smashed it anyway after listening to Dr. Barrie Trower and others:

Bit naughty but o.k. your cause is honorable .
Then again most people on steemit do not watch or read , they just comment for the do . To me that comes in second , i like to share opinion and have fun conversation that might learn me something new .
Btw i am that guy that never answers his phone , as a fact haven't seen my phone for weeks , I never like to have conversation true a phone , it feels like i am missing more than half of the interaction .

Strange thing i experienced is that last week out back in the wilderness of Sweden i did not need reading glasses to read small texts on products . I had sharp vision like i had some years ago . Back in my living Environment i needed glasses again . That kind of opened my eyes on how polluted with wrong frequencies my live really is . I now have serious thoughts about moving out .

Yes, I know someone who moved to the swedish 'wilderness' in the middle of a forest to escape frequency pollution. If you go and live in nature for even a short while, you will find numerous aspects of health improve. :)

I suggest watching the documantary 'grounded' if you haven't already: https://steemit.com/health/@ura-soul/grounded-documentary-shows-that-regular-bare-skin-contact-with-the-earth-improves-health-a-wheelchair-bound-man-even-walks

I didn't make myself clear before as I just woke up and was half asleep when I posted. I smashed the phone because of the health risks. What I meant to say was that I wasn't bothered by smashing it because I didn't use it for years anyway.

It is difficult to stop using the smart phone, keep me updated anytime and anywhere with what happens, if we add that we can communicate in real time with our friends and suppliers, the solution I see is to consume many anticancer food, because So I do not use it for example almost all my family uses smart phones and we are in the same house.

The technology can actually damage DNA and cause brain damage directly - so there is no way to mitigate that through food as far as I am aware. Eating correct nutrition is essential for health, but being hedonistic and knowingly harming ourselves while attempting to 'fix' the damage through simply doing what we need to do any way (nutrition) is not optimal.

I have not missed my phone even once since I smashed it ;)

I think it's deeper you have to be people who are more likely to develop cancer with this technology, otherwise everyone who uses smart phones would have cancer, the research should be more thorough about it.

I posted previously on this topic and linked to many studies that show the connection between the technology and cancer: https://steemit.com/health/@ura-soul/warning-major-health-risks-from-5g-mobile-technology-are-being-denied-buried-by-greedy-gov-agencies-and-corporations-watch-the

Support me and enter here https://steemit.com/help/@gr3g0r/hi-i-m-from-venezuela your collaboration is important @gr3g0r Follow Me!

Get some orgonite my friend.

Maybe you wouldn't get cancer if you used a phone that isn't over ten years old.

Modern phones continue to pose a carcinogenic threat. Tests show that a wide variety of exposure levels occur across the spectrum of modern phones being used - some models are worse than others.

This one looks quite good. I do know that Samsung phones are usually among the best.

Everyone should smash their phone, there should be a special day for it. Smash your phone day. I've known about cancer risks for years and hate talking to people on the phone. Luckly I have no friends so my cancer risk is very low.

Check out 5G they can use it to do some wicked things, no need to worry about getting cancer from the phone, they can fry you anywhere, with the towers.

Although they can't get me, because I have a secret technology its a tachyon powered tinfoil hat that deflects the cancer causing waves back at them.

It's impressive that you have sourced tin foil since I didn't even know it had been made in the last few decades. You can find scientific research and whistleblower testimony on microwave radation's harmful effects here: https://steemit.com/health/@ura-soul/warning-major-health-risks-from-5g-mobile-technology-are-being-denied-buried-by-greedy-gov-agencies-and-corporations-watch-the