If you have Snapchat my guess is you've scrolled through their dozens of filters and interacted with them. Some are funny, like face swap, and others are engaging, like brands promoting their label. Many augmented reality pioneers credit Snapchat for being the first company to bring AR to the masses. With an average of 187 million daily users and 70 million users who use filters, you can imagine how much AR content is being consumed. 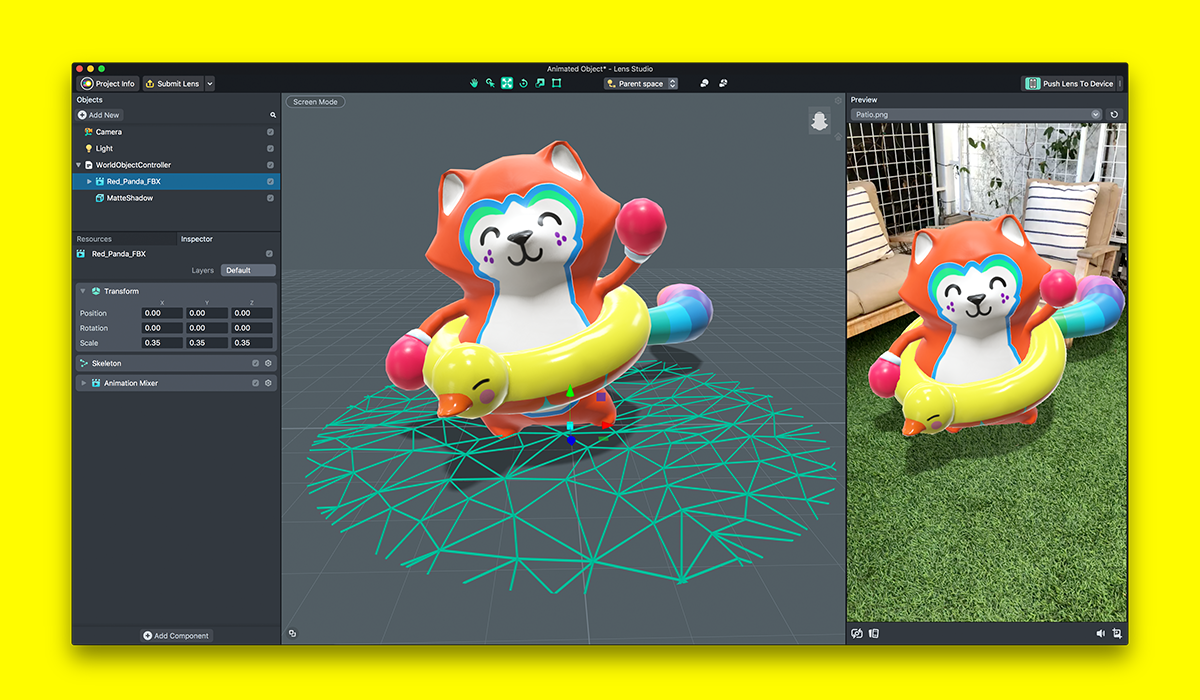 Among other players in the AR space are Google, Apple, and Microsoft each with their own twist to reaching an audience. If Snapchat wants to prevail against these tech giants it can't be done alone. What do Google, Apple, and Microsoft all have in common? They invited developers to build with them. Take Apple, for example, who at one point had over 2 million apps available for download on their App Store. A milestone Apple couldn't achieve without the help of an army of Swift developers building these apps.

Recently, Snapchat launched a new feature for Lens Studio, which is a big step in building their augmented reality army. Lens Studio is a platform that allows developers to create augmented reality experiences. Developers can use their favorite editing software to build 2D and 3D animations and later import it directly into Snapchat. As depicted on the landing site "Create your own magical AR experiences, and share them on the most used augmented reality platform in the world." Users can then scan an artist or developers Snap code and unlock the filter for, say, 24 hours. Snapchat have barely stayed long, yet its taking the world by storm. I'm a snapchat fan. I want snapchat to keep breaking new grounds.

I'm a Snapchat fan as well! I actually watch their discover page often to look for quick snippets of news or sports.

Looks like snapchat is trying to lead the market with adding new AR features, however apple has already taken the place when it first released AR with emojis (which was a big disappointment to most people, when it was the only exclusive thing to the iPhone X).

If Google can actually find something useful to do with AR and not just have fun and games with it, then they'll be leading the market. It's only about incorporating that into a need that people will want in their daily lives.

I agree! I recently tried on a Microsoft Hololens and it was the coolest experience I've had with AR. There are going to be some incredible productive applications for something like the Hololens.

I suddenly missed coding and the feeling of self satisfaction when you finish a program. I think I might need to review one of this days :)

Snapchat has got some amazing and funny features which adds to the fun of it.....
Great post, well done