doitvoluntarily (77)in #technology • 4 years ago (edited) Facial recognition systems are being increasingly used worldwide and you can now find this technology being used to scan faces at airports, sports events, train stations, and even in bathrooms.

Despite the technology being increasingly used however, many critics point out that it isn't 100 percent accurate and that false positives are a common occurrence in the field. Previous studies have found facial recognition software to have high error rates and on many occasions they have produced inaccurate results.

Aside from the error rates though, there is another concern that many liberty advocates have relating to this software. And that is that this growing surveillance web poses a great risk to privacy and personal freedom. Some suspect that it might be used to silence people from speaking out. If there were a greater chance that people were going to be watched, perhaps that would persuade them from becoming politically engaged in their communities in the future? As well, many have questioned who is going to be conducting thorough oversight (if any) of these widespread surveillance systems.

And few details are always given by authorities on exactly how the programs are used. We've already been lied to about spying programs previously and they expect us to forget, forgive, and move on with even more spying.

With the high error rates that these facial recognition systems have been shown to operate with, it's been estimated that 1 out of every 10 people might be at risk of being misidentified.

A previous analysis from several years ago found that facial recognition systems had an accurate rate that was roughly 86 percent. However, it's been suggested that they've been improving in recent years and law enforcement are still using the technology in many different areas to help them conduct their investigations.

Just recently, it was reported that facial recognition technology in China helped authorities there to locate a suspect who was in a crowd of more than 60k people.

The individual who they identified was an alleged fugitive and he had been attending a pop concert that was located in the Jiangxi province.

And China isn't the only country that law enforcement have been using facial recognition software, you can also find police using this sort of technology in the United States, Germany, the UK, and elsewhere.

At the moment, China is alleged to have a surveillance network that is comprised of more than 170 million CCTV cameras and they are going to add many more within the next several years. It's reported that they want to quadruple their camera count by 2020--a bit excessive and a waste of money if you ask me.

Facial Recognition Coming To An Airport Near You

If the system works well then it should help with crime rates and so forth but it should be exact face recognition, some people may have similar features that could potentially be harmful to society

Wow this would help a lot for sure

that's a super creepy fact and clues me in to the power of that software. i didn't realize it was that powerful at this point. but i bet there's a lot i don't know about what they have going on! whew.... strange times.

This is crazy! Imagine how many uses this has? Finding a lost child in a crowd, finding criminals, finding missing people, maybe even finding stolen cars by reading license plates flying down a highway. Amazing technology that has insane potential

Have a good week man.

Its the way of the future and the trying times that we are living in sadly enough... upped earlier now resteemed for you @doitvoluntarily ! 👍👍👍 I do not care much about the idea of being observed in public places, however in public toilets, that is another question, invades our privacy space, what if I worry about the high error rate, having to pay a penalty for error of these system does not cause any grace.
excellent report dear friend @doitvoluntarily
I wish you a beautiful night

Again the problem would be, “what if it fell into the wrong hands”. How do we ensure it doesn’t and what type of measures can we take.

The future it s here. We are în it!

With the passage of time, this technology will reduce its margin of error, which will bring great benefits for society.

I suppose they can catch anybody these days right? :D

Challenge, where you can win up to 100s $SD!
If you want to, you can try it here:
https://steemit.com/contest/@guessandgain/guess-and-gain-7-1-day-win-usd 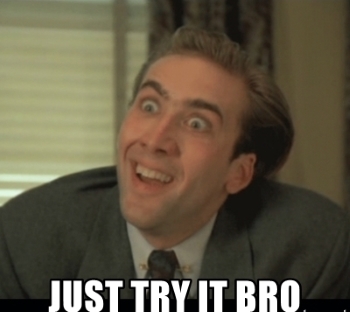 @doitvoluntarily facial recognition is good but it is not 100% accurate

facial recognition technology in China helped authorities there to locate a suspect who was in a crowd of more than 60k people?

That's a great advancement in their security system. Despite the errors in these systems, they still have some accuracy.. After all its not too bad. Just that I think hypothesis testing must be done after a suspect is identified. I don't think identified suspects are just charged for the supposed crime they've committed. There must be some test to see if the result is true or not. I'm just happy for the giant leap In tech advancement

How is this possible

Great. But who would have thought that you are being watched so closely even in a crowd.
But I think it is for the betterment of all.

Dear @doitvoluntarily,
You have posted a very important topic. I got a lot of information about this post.very very thanks.

Just listening to a presentation on nucleus.vision about thirty minutes ago. A crypto that is hoping to control this space. It looks like it's going to be one of those technologies that lots of money is going to be thrown at over the next year.

If this is how the masses think about this issue, after reading the comments here, I know that humanity has zero hope of ever being free from the rule of psychopathic murderers! Are you people out of your minds? People saying things like its good, it will benefit society, don't care about being observed in public, worry about it falling into the wrong hands? It already is in the wrong hands! They are in the hands of governments, which are authoritarian and rule by the use of violence! In the 20th century, governments committed mass democide, which means they killed more than 260 million of their own citizens. This does not take into account the estimated 130 million people (which could be higher) that died in all the wars combined during that same period, also at the hands of government! When you add them up, that's nearly 400 million people worldwide that have been slaughtered by people who believe and adhere to the most dangerous thing people can believe in, which is someone, or a group of people, having the right to rule over you. People commonly refer to this belief system as government. Individual criminals the world over could not even come close to inflicting the amount of death and destruction on other individuals and the environment than governments. Not even possible! And you guys think that putting technologies like this in their hands is a good idea? Folks, please start getting educated outside of those government education camps known as schools, because this is how you are taught to think inside of those institutions. Governments are good, represent you, you must obey their authority etc. etc. That is a very, very dangerous and lethal way to think!