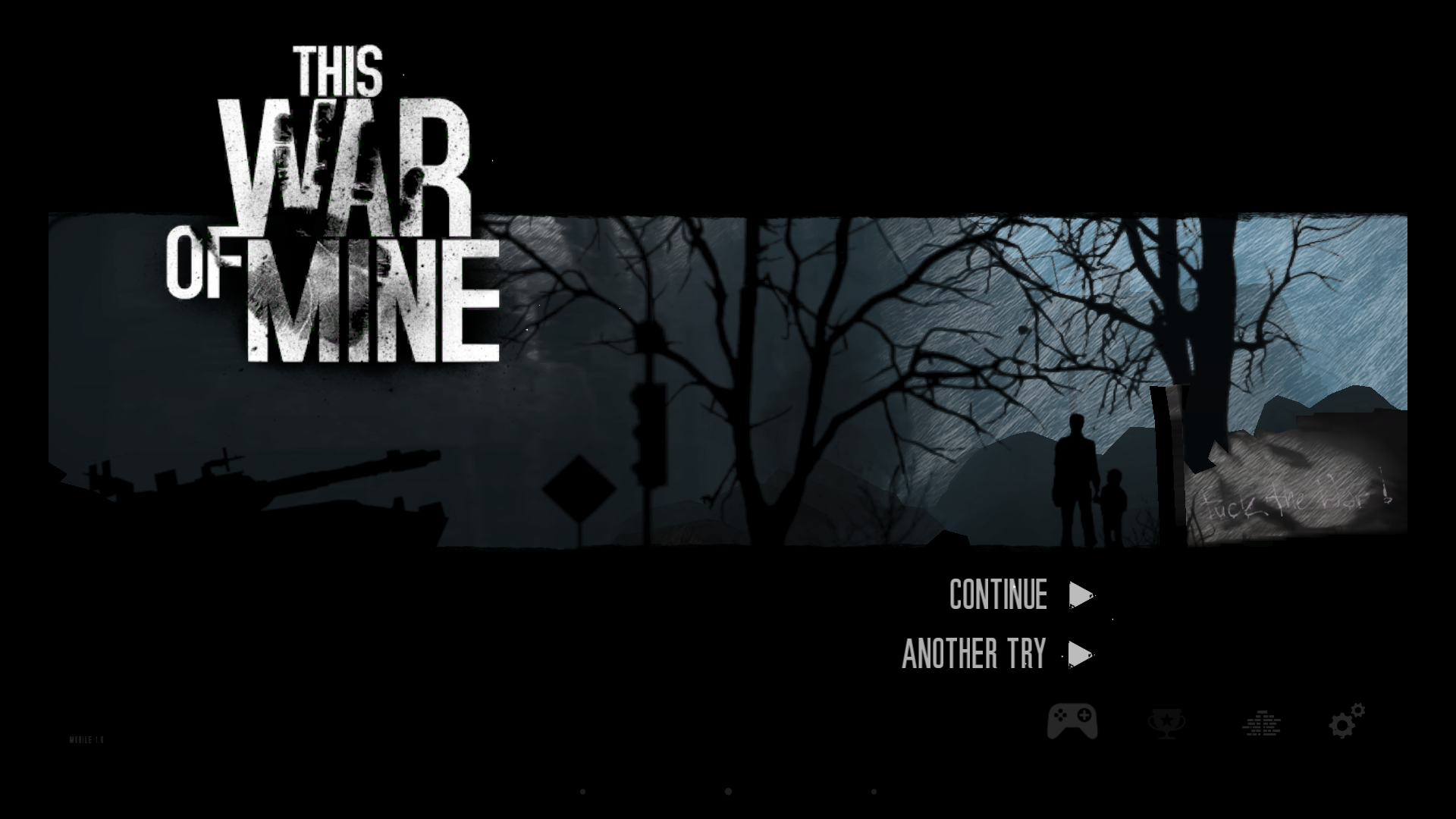 This War of Mine is a war survival computer game developed by 11 Bit Studios that was inspired by the Siege of Sarajevo during the Bosnian War (1992 – 1996). TWOM differs from most war-themed video games by focusing on the civilian experience of war rather than front-line combat, highlighted by the tagline of the game:

"In War... Not everyone is a soldier"

So, something different for today. Like most of you, I like to play games. This one I would turn on from time to time. On lazy weekend with cup of coffee and all day ahead of me. If you never heard of it, then you're up for a treat. There's plenty of reviews for you to see and decide if you like it. It's one of those games that you have to make difficult choices. Some of which leave you feeling guilty even once you put the game aside. It makes you question yourself: Am I this cruel person? 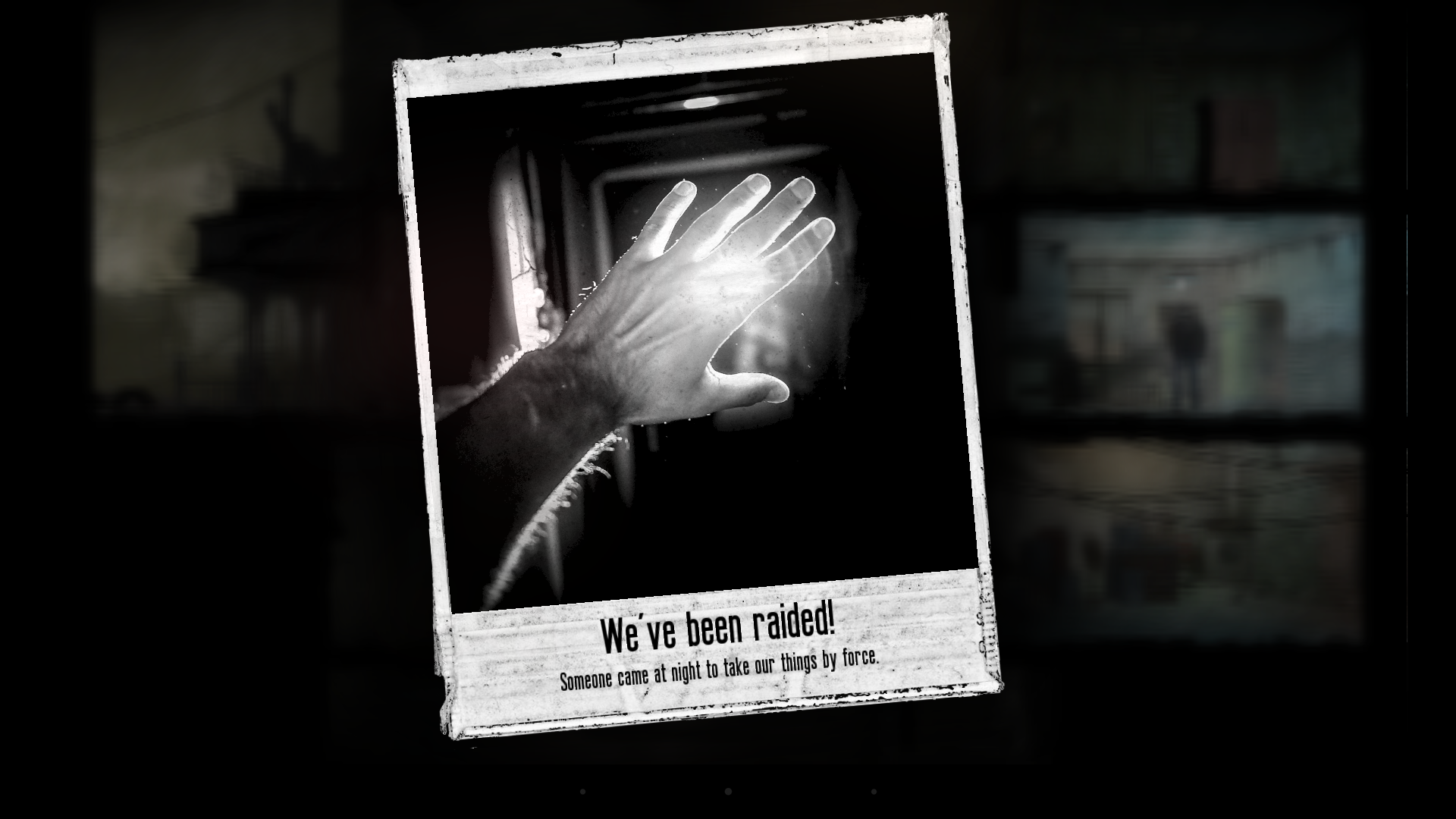 Assuming you are interested, I will give you some beginner tips to get you started:
When you get Raided, it means you lose some of your stuff and/or get your people injured(it helps to have a weapon) which takes medicine and bandages to heal. To avoid that, all holes in the walls must be sealed. That requires lots of wood and you need parts to build things like workshop. In workshop, get yourself a shovel. Those big piles take lots of time to dig by hand and you will have to dig them a lot. Other thing is Lock picks, don't use them. Make yourself a crowbar (which you can reuse, but only drawback is that it makes noise, which will not matter 90% of the time) and trade lock pics for wood and components when trader comes around. Wood takes lots of room in your backpack. Only get 2 wood per slot and you will need those slots to bring back other things from scavenging. After few times you will figure out how to plan ahead and put things closer, like bed and most used benches and production equipment. Another thing, with managing hunger. Let people get Very Hungry before you feed them and Very Sleepy to put them to bed. Exception being when they are wounded, then slap a bandage on and send them to bed. If slightly wounded then just send them to bed, so you don't have to waste bandage. From time to time people will come to door for help, if you can, you should always help. This will better your situation later in the game. Last thing: it's not advisable to steal (there is such option), it will lower your chances of success for later on into the game, lowers the morale and you will need it because you Will have to steal towards the end to Survive. Tell me if you liked this kind of post and if you would like to see more. Ideas and suggestions are welcome!