The Kentucky Meat Shower of 1876

noirticles (29)in #supernatural • 3 years ago (edited)

The Kentucky Meat Shower of 1876 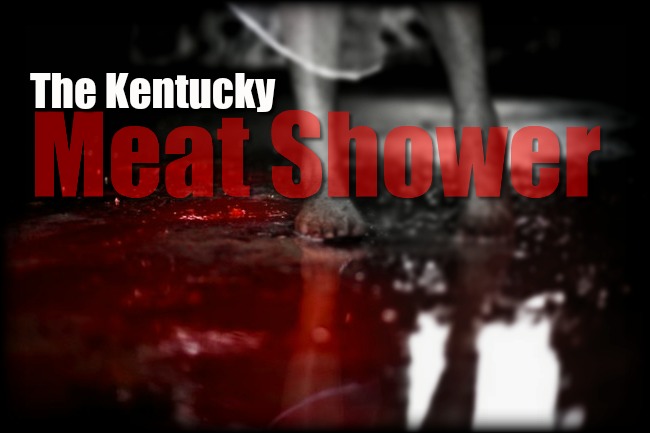 There weren’t any clouds in the sky on that day in 1876, but while Mrs. Crouch labored outdoors while making soap, she was about to witness a bizarre phenomenon fall from the sky: a shower of flesh raining down over her husband’s Kentucky property.

It started with what looked like large snowflakes made from beef. Mrs. Crouch said that the largest of these meat flakes which fell to Earth was as big as three to four inches across, making it the perfect size for a White Castle Slider™. Word quickly spread of the fall of meat at Allen Crouch’s property, and people wanted to find out if this talk of beefy snowflakes was real or just FLAKE NEWS. The local newspaper’s description of the event in 1876 reports that a county resident named Mr. Harrison Gill arrived the next day to affirm the legitimacy of the claims, saying he saw particles of meat clinging to the fences and scattered all over the ground.

Everyone who saw the meat claimed that it appeared fresh, and two particularly ballsy gentlemen decided the meat was fresh enough to eat raw. They said it tasted like venison or mutton. 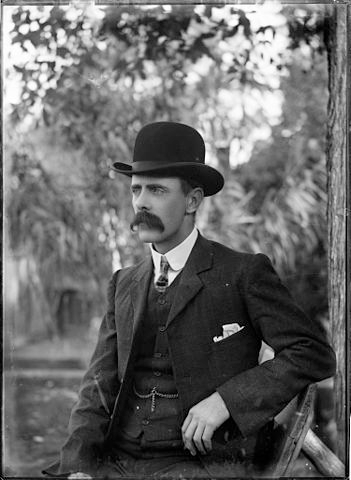 (Back when men were men, and your first thought after seeing meat drop from the heavens was EAT IT.)

Scientists weren’t content with mere taste tests however, and this anomaly required more scrutiny to determine what it was. Bystanders collected samples of the fallen tissue, and preserved them in glycerin so that scientists could conduct further studies of the flesh.

After getting access to samples of the Kentucky tissues, this guy named Leopold Brandeis announced his conclusion: Not only was the fall of flesh a mundane event, it wasn’t even flesh!

"At last we have a proper explanation of this much talked of phenomenon," Brandeis told Scientific American. "It has been comparatively easy to identify the substance and to fix its status. The Kentucky 'wonder' is no more or less than nostoc."

Everyone else then presumably said: “WTF is nostoc?” Nostoc is a type of primitive, algae-like bacteria called cyanobacteria which forms colonies in lakes. Other names for nostoc include “star jelly” or “witch’s butter,” both of which sound like they belong in an Etsy store for neopagans. According to Brandeis’ theory; a colony of nostoc had been swept into the sky by the wind, where it chilled out for a while, until moisture from a raincloud added to the weight of the bacteria and sent it falling to Earth.

Seems plausible, except for two problems with Brandeis’ theory: Paranormal researcher and general badass explorer Charles Fort would offer an explanation for the rain of meat later in 1919: "A flock of gorged, heavy-weighted buzzards, but far up and invisible in the clear sky—They had disgorged."

Let me translate that from 1919 speak to contemporary parlance: A bunch of vultures binged on some carrion, had difficulty keeping their fatasses airborne, and unseen to the people below; had hurled in order to drop some of the excess baggage.

Fort wasn’t very keen on this explanation himself, because no one actually saw buzzards that day, and because small chunks of meat are not part of buzzard’s diet.

Some type of meat definitely fell on Kentucky in 1876, but what type of meat exactly? Another scientist who studied the tissue samples, Dr. A. Mead Edwards of the Newark Scientific Association, identified the flesh not as a colony of bacteria but instead as the lung tissue "of a human infant or horse."

Well, let’s hope for the sake of those two ballsy dudes that decided to eat some of the fallen flesh, that it was the horse meat instead. 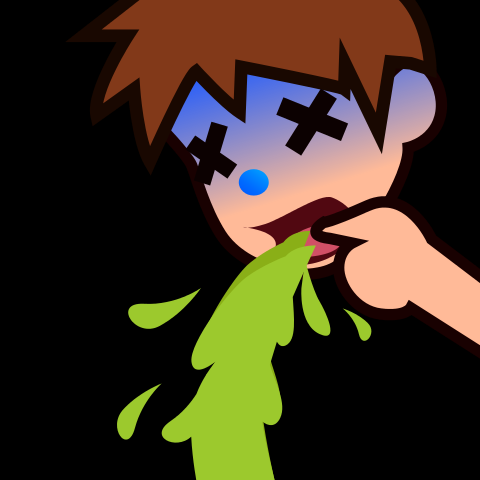 (Only crappy clip art can faithfully render my horror.)

Although the idea of a gruesomely literal “baby shower” is definitely one of the most, ahem, unique explanations for this event, I don’t buy it myself, and I doubt it was horse meat, either. Scientific methods weren’t necessarily as precise in 1876 as they are now, so I don’t think we can say that is what it was just because these men came to that conclusion.

Now, what do I think it was? I don’t really know.

There’s unfortunately only one remaining specimen of the original samples taken, and it’s probably too degraded by this point to tell what animal - terrestrial or otherwise - it came from. What does Steem think?

I hope you enjoyed the article, and if you did, tell me what you Steemians found the most interesting about it. What’s the weirdest thing you’ve ever seen fall from the sky? Any and all discussion is anticipated and welcome!

If you want to suggest anything else I could write about in a future article, please do so. Stuff about the paranormal, mythology, natural science, history, ect. are all huge favorites of mine. What are some of yours?