ella-kay (58)in #streetphotography • 5 years ago

This is the view of one of the streets in Financial District in Downtown Los Angeles from The Standard Hotel's Rooftop Bar. 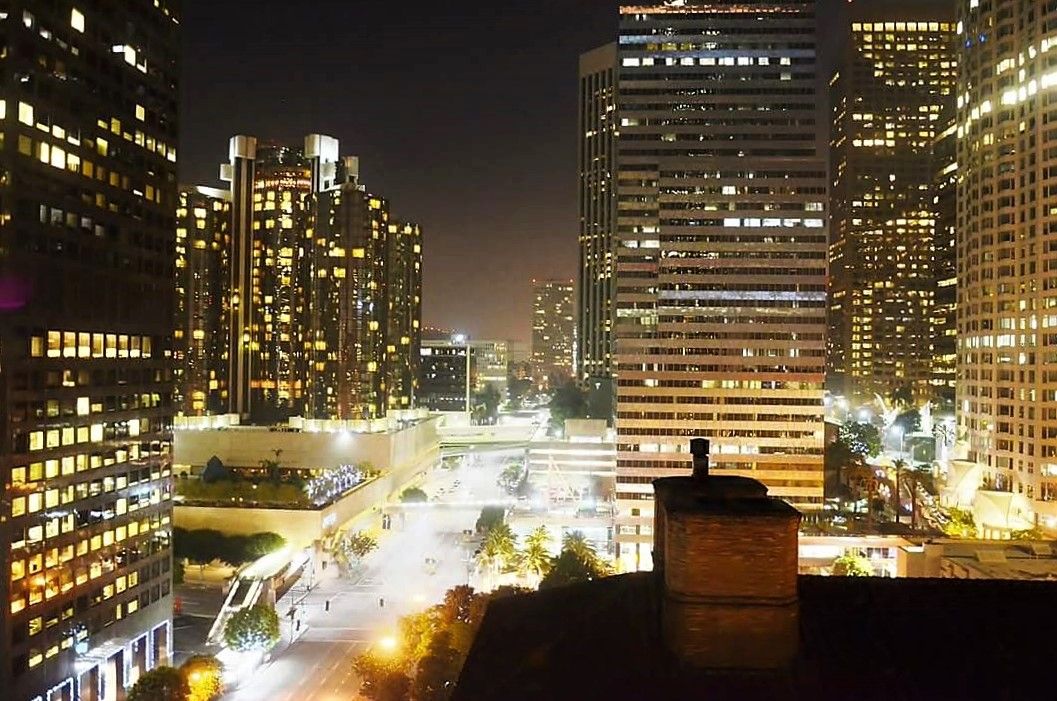 To me going to Downtown was always like a special event because I always lived close to Hollywood area (West Hollywood, then Miracle Mile, then Brentwood, and the last area I lived in was Studio City) and driving to Downtown took a very long time because of traffic, and why would I even go there often when everything I need is close to home? … But when I actually went to Downtown I always had a great time!

And here I am (left) with my friend at the rooftop bar where I took the picture of Downtown LA. (This is not a new picture … damn I looked good, I wish to be skinny again!)

Now, when I travel to LA, I always visit Downtown LA. It is considered as a very hip area with a lot of clubs and restaurants , and with over million dollar apartments.

Here are some cool historic facts about Downtown LA:

‣ By 1920, the city's private and municipal rail lines were the most remote and most comprehensive in the world in mileage, even better that in New York City at that time.

Pictures were taken with Galaxy s7

Thank you for participating in #streetphotography, the weekly selection will be released on Saturday.

You have earned 5.65 XP for sharing your photo!

And have also received a 0.25 percent upvote.

This is not a new picture … damn I looked good, I wish to be skinny again!

jeje I really laugh with this.

Im sure you look amazing :P

a fun place to spend time with people nearby. you are very sexy and beautiful. @ella-kay

Congratulations! This post has been upvoted from the communal account, @minnowsupport, by nerdy.alex from the Minnow Support Project. It's a witness project run by aggroed, ausbitbank, teamsteem, theprophet0, someguy123, neoxian, followbtcnews, and netuoso. The goal is to help Steemit grow by supporting Minnows. Please find us at the Peace, Abundance, and Liberty Network (PALnet) Discord Channel. It's a completely public and open space to all members of the Steemit community who voluntarily choose to be there.

Nice post. Thanks if you want to visit back my blog.

Oh wow first post on SteemIt I have seen about my neighborhood. :D