BLACK AND BLUE -THE GLORIOUS TALE 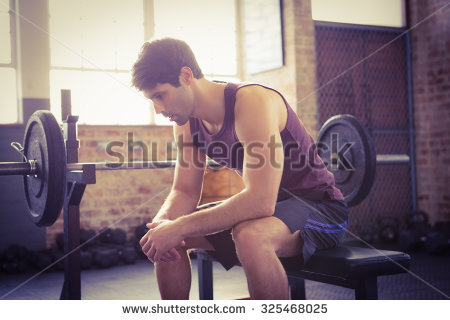 Never did he expect such a thing as this; he pictured it differently with smiles, laughter, elation and merriment but suddenly, it felt as if his moment was taken away from him.
'Not to worry Mfon', his good pal said, 'you'll be okay, it doesn't look very serious, it's just something minor'; and then at that instance he felt some sort of relief and confidence that he would be okay before the "Big day".

Awwww!!!! He yawned, as woke up the next morning with a positive spirit to conquer the day ahead, but as soon as he could get up from his bed he felt this sharp, unforgiving pain as though a truck had fallen on him. 'Oh no'!!! He exclaimed as he looked at his right foot all swollen up, even bigger than before. 'This doesn't look good', he said to himself, 'what am i going to do? I can't train with this injury'!! Mfon began to panic as he lost interest in doing anything that whole day, all he could think of was how he could miraculously get healed before the "Big day". Despite his apathy, he still managed to get himself up from the bed, he brushed his teeth, had his bath got dressed and headed to school.

While the rest of the students appeared in their well-ironed white shirts and green trousers with properly laced pair of black shoes, Mfon was deficient of one thing-- his pair of black shoes-- instead, he wore a pair of slippers to school that day looking very awkward and unattractive even to himself, and even more concerned since he was a prefect.
On getting to school, he hesitated to join the morning assembly as there would be many teachers present and if very unlucky, the principal himself. So in order to avoid unnecessary attention to himself, as well as loads of questions beginning with why, how, and what, he decided to stay in an empty classroom till the close of the assembly.
'Heww!!! Finally it's over', he said with a sense of relief as he got up to walk to his classroom. With every step Mfon took, the pain became more intense and even more excruciating as he had to climb the stairs to get to his classroom on the 2nd floor of the building; he didn't relent, he didn't give up, he got there. Just as he was about to step into the classroom he heard a deep, loud voice from behind that said: 'hey you stop there'!! With the knowledge that he was the one being spoken to, Mfon refused to turn but rather, took another step and yet again the voice became louder and this time, angry: 'hey you!!! You with the pair of slippers, i said stop there'. This time around, without hesitation, Mfon turned around to see his Math teacher standing with such surprise and disappointment as to how a prefect could appear in school dressed in such manner, so he asked: 'why are you dressed like this'? With sadness and shame Mfon, with a light voice, answered and said: 'sir my foot is hurt'. Mr. Jacob, on taking a look at Mfon's swollen foot, felt sorry for him and even offered to massage the foot for him before his first class.
It is worthy of note that Mr. Jacob was skilled in treatments for bone fractures, dislocations, sprained ankles, as well as chiropractic treatments and Mfon being fully aware of this knew what he was getting into but still, he accepted his teacher's offer. 'Anything to get healed before the "Big day"'-- he said to himself.
After the massage Mfon, though still in pains, felt a little relief in the midst of the pain. Gradually, with proper care taken over the next few days, the pain began to subside and the inflammed foot began to reduce in size.

Five days to the " Big day" Mfon began to train again-- although the foot wasn't fully healed-- but he didnt care since he had stayed almost two weeks without training. He trained rigorously and for very long hours so as to sum up for the lost time. With each successful training he felt this confidence in him that he was close to being fit again, even more than before, as the "Big day" was approaching fast and with this, he was happy with himself.

The morning came, the long-awaited day was finally here; it was the 16th A.A.I.S. Biennial Inter-house Sports Competition and Mfon was to perform on this day, he was to run a 400m race and a relay race. Prior to his injury, Mfon had already participated in other sport activities such as the Long-jump, the High-jump, and the Javelin, during the heat of the Inter-house sports. He performed very well in these events and already had medals and certificates to his name. Much was expected from him since he was the sports prefect and moreover, he didn't want to let himself down.

That morning, Mfon woke up feeling very strong and positive; he got up from bed, had a very light training, went off to brush his teeth, rushed to have his bath and was off to school.
Few hours after arriving school, the ceremony started. With joy and laughter on everyone's faces, the day was going well; several events, several competitors, with winners and losers in each case, still there was one thing to be thankful for-- a whole day without lectures.
While he was yet enjoying the moment, it was time for him to run his race and prove to everyone that he could do it despite the injury he suffered.

'400m senior boys, 400m senior boys', the coordinator announced. Within few seconds, the representatives from each house were on the track ready to race. With chills running down his legs, Mfon knew that it wasn't time to panic or to be intimidated by the size and atletism of the other runners but a time to either win or lose.
'And so runners'!!! the coordinator charged, 'on your marks, get set, go'!!! The race began smoothly with every runner trying to be at the first position. Mfon, also trying to beat the rest, ran the best he could and at the end of the race, ended up in the 2nd position. He tried his best, he could have done better than that but still, he felt a bit happy with his performance and was comforted by the fact that he would have yet another chance at the relay race.

Few more races were run and it was time for the relay race; Mfon had to run again. This time, with much determination and zeal, Mfon was ready to conquer. All representatives were on the track and ready to race.
'Runners'!!! the coordinator charged; 'on your marks, get set, go'!!! All the athletes ran with such strength and power as though a cheetah was behind them. As the batons were passed from one runner to the next and the race gradually coming to an end, Mfon got even more charged due to the energy filled atmosphere and was ready to finish the race-- as he was to run the last leg of the race.
Zoom!!!!!! Mfon, as soon as the baton was handed over to him, grabbed the baton and jetted off with the speed of light as though he knew what he came for-- to win the race. He ran with great speed as he tried to beat the runner ahead of him. With the crowd cheering loudly, Mfon kept on running as he came closer and closer to the man in front. With the cheer becoming louder and louder, Mfon kept on running as he gained momentum and was stimulated to run faster because of the loud cheer and then suddenly, he ran past his long time rival on the track--Samuel-- Mfon kept on running until he crossed the finish line.

At the end of the day, he was happy with himself, he felt so proud of himself because of the much effort he put into the preparation for the race and was more proud of himself that his hard-work paid off. At this time he knew he had done it; not only did he win the race, but also, he defeated his rival and that made him extra proud of himself.

Congratulations @von96! You have completed some achievement on Steemit and have been rewarded with new badge(s) :