Beauty appears where you least expect it. I was seeing John off when two girls walked past us into the compound, and our conversation seized abruptly. It was as if a thunderbolt struck us mute.

"John, who are these girls? Do you know the one on the right--the one holding the keg?"

"No," John said, stopped, and leaned on the gate. I stopped too.

"I would ask Ada," I said, "this may not be the first time they have come to buy kerosene."

I folded my arms, my eyes fixed on her. She was tall and slender; she looked like a model.

John said something and laughed. I forced a laugh even though I didn't hear a word he said.

In no time, Ada had filled the keg with kerosene. My heart skipped a beat as it occurred to me that they would walk past us again.

With every step they took toward us, my heart beat faster. In my mind, I was rehearsing exactly how I was going to stop them and what I was going to say. A few steps away from us, she smiled at me, such dazzling smile that made me feel like I was gazing at the goddess of beauty. It sealed my lips. I couldn't say a word. 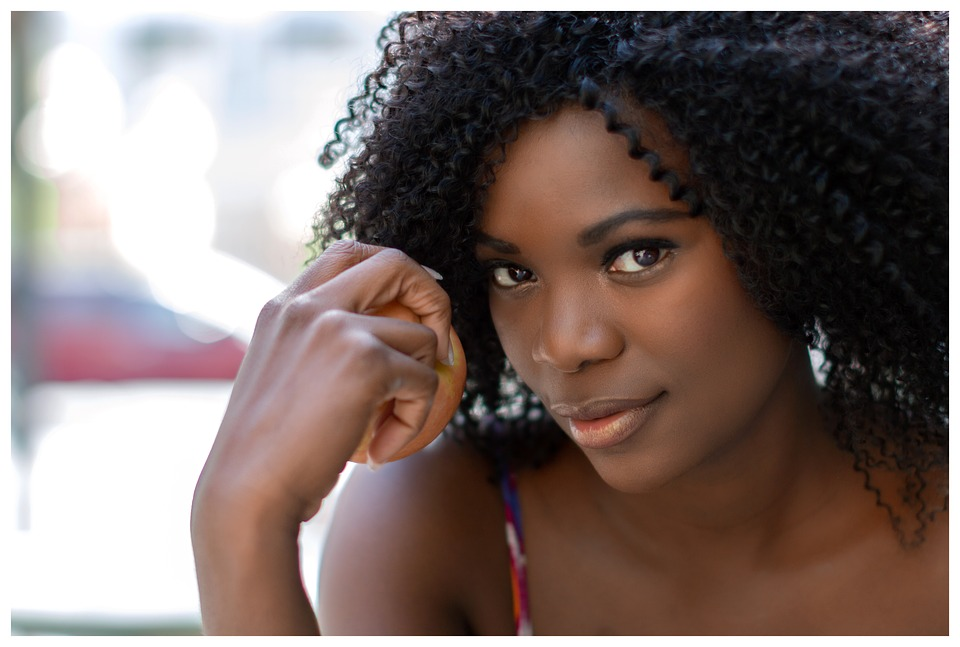 Where did this angel come from?

As quickly as they appeared, they soon vanished down the street. But truth be told, I and my friend had no other meaningful conversation after that encounter, for she was all that was on my mind all the way.

One second I was standing beside John, and the next I was in front of Ada. "Who are those girls?"

Ada finished locking the tank before she replied.

"Julia and her sister."

"Which of them is Julia?" I asked.

"Chinedu, I have to go!" John said behind.

When I looked back, he was running toward his house. His dad was back, I guessed.

"Um..." I was unsure of how to continue my inquiry without raising my sister's suspicion.

The way she looked at me though, I guessed she already knew what was on my mind.

"Why did you ask?" She looked at me with a mischievous grin.

“Nothing!” I blurted out. “Can’t I just ask about two new faces I just noticed?”

Her look told me she definitely didn’t buy that. Nothing I said would convince her otherwise so, I simply looked away in a bid to ignore her.
Well, it wasn’t Ada’s nature to simply let things go especially when they aroused her interest.

“Well, which one of them do you like?" she asked, turning around to face me. "They just moved into that brown house at the end of the street.

She was still giving me that mischievous look, waiting for me to say more. I didn't.

“Go away,” I said, playfully hitting her shoulder

I could have asked for the name of the taller one, but I wasn’t going to give her the chance of having more fun at my expense. I will handle the rest myself. Her smile. Warmth rushed into my heart as I remembered that smile. It was such that I’d never seen before. Wide and sensuous with her snow white teeth gleaming at me. Her lips were full and I could imagine how soft and sweet they would be if I kissed them. Well, I actually did kiss them. It happened on the balcony of our house. I was finally able to invite her to my house, and it was on one of these occasions that I pulled it off. We were sitting side by side on the floor of the balcony at night watching people walk along the street and talking about something I don’t remember. Well, it doesn’t really matter if I can’t remember. What matters is what I’ll always remember. How can I forget the best part?

Maybe it was something I said. She turned to me and smiled and just as Chris de Burgh sang, she took my breath away.

Really, I’ve never had this kind of feeling.

Looking at those eyes --those big innocent eyes-- her dazzling smile left me in a pleasant form of shock. I held her gaze for a couple of seconds before she looked away. What followed shortly was a sequel I would always find hard to believe especially on the part I played. Without thinking, just as soon as she looked away, I placed my hand across her shoulders.

”Your smile drives me crazy," I said, using that same hand on her shoulders to steer her gently so she could face me.

Her eyes widened with pleasure as she looked up to catch my gaze. Holding her gaze again, I was instantly lost in a ceaseless pool of desire.

I kissed her. Her lips were the softest and sweetest thing I’ve ever tasted. Holding it with mine in what seemed like an eternal lock; I was in bliss, oblivious to everything else around me. All my senses were locked in on this one thing – the kiss! How much I wanted all of her, how fast I wanted to taste all of her. I just couldn’t get enough. It was crazy! Absolutely crazy as I traced the inside of her lips with my tongue and intermittently nibbled her lips softly with my teeth. Pausing to catch our breath, I gazed into her eyes only be drawn forcefully back by an invisible magnet. We just couldn’t have enough of each other as only a few seconds later we were ravishing each other again, more greedily this time, succumbing to the electrifying tension between us. With my left hand gently massaging the nape of her neck, my right hand began to work its way up and down her body. The beast in me roared. 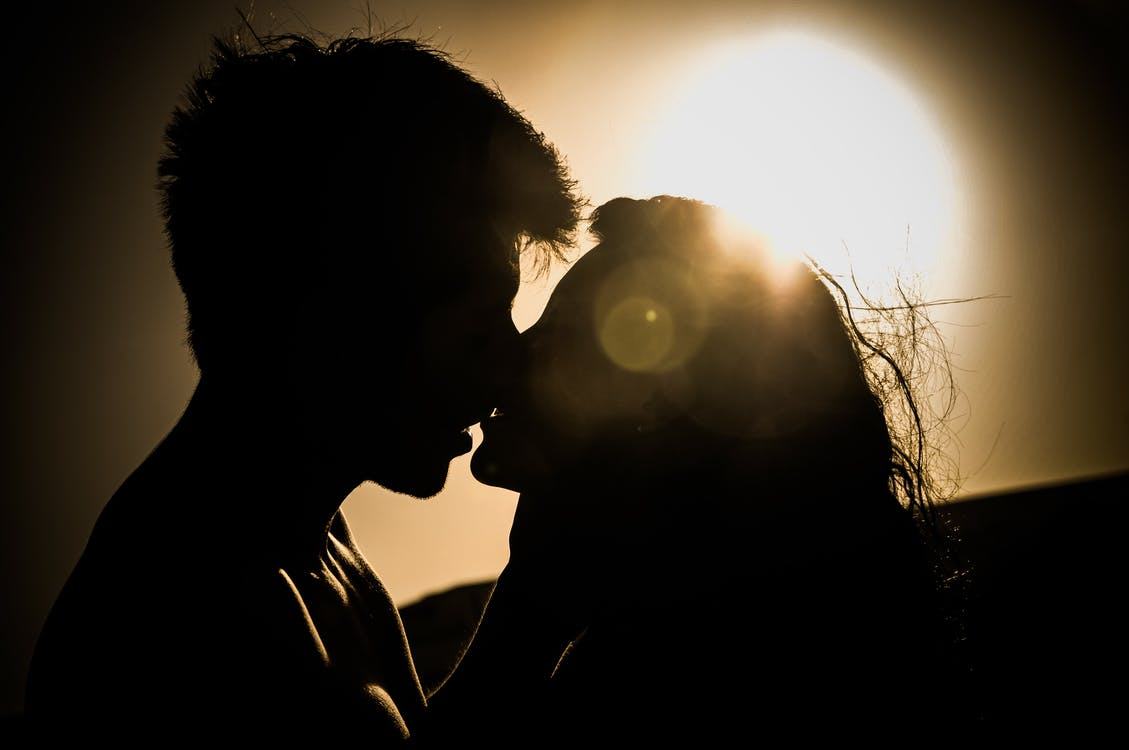 Bringing my lips down to kiss, in a tracing manner, the outline of her jaw, she let out moans of pleasure heightening my own sense of pleasure. The muscles in my middle tightened in a fierce cord-like grip as she moaned even louder. The beast in me was breaking loose as my lips worked its way down her neck. I was squeezing hard, and she was squeezing harder with my loins about to burst. We couldn’t get enough of each other; we wanted more but it wasn’t coming fast enough. Our mouth found each other again and our tongues drove in deeper and fiercer, in and out, in and out, in and ...

I woke up with a start as I heard my mum call me.

“Yes mummy!” I shouted back in reply, still dazed from my sudden jolt back to reality.

“Damn,” I swore under my breath. I couldn’t believe this had all been a dream. Never had a dream felt so much better than reality.

“Chinedu, aren’t you going to school today? Can’t you see what time it is already?” Mum called out from the kitchen.

Reluctantly getting up from my bed, I hit the light switch only to stare at my bed in horror.

Right there, on the bed, was my pillow bitten and torn into a mangled form.

I sulked all the way to school, and school was actually boring all through. I’ve been shot by cupid’s arrow, and my heart was restless. And restless it shall be until it successfully woos the object of its affections.
It was already worse enough that I ate my pillow while dreaming of kissing her. This time, I must definitely do something about it.

My chance came, in the school bus, on my way back from school. Usually John and I sat together at the last row, but for a reason I couldn’t make out, he was not sitting with me this time. In fact, he was nowhere to be seen. Whatever happened to him, I reasoned. But my concern for my best friend immediately vanished as I looked up to see her walk down the bus’ aisle towards me. So she’s also enrolled in my school? Suddenly, my heart starts beating furiously. Please God let her sit by my side, and John wherever you’re just remain there until she sits. I prayed fervently. She flashed her dazzling smile as soon as she saw me, and I felt my face flush with heat.

“Can I sit here?” she cooed softly.

Wow. Such voice. I never imagined she had such sweet, alluring voice.

"Yes. Yes,” I replied, recollecting myself.

“Thank you,” she said, taking her seat, primly.

Thank you? Such courteousness. I should be the one thanking you for honoring me by sitting by my side, I thought.
Turning to steal a glance at her, I saw she was simply staring forward, shoulders slumped in her seat. What little courage I had dropped. She just might not be interested in me and with this thought, I turned to look out of the window.

Five minutes passed before I felt a tap on my shoulders.

“What are you looking at?” she asked

“Ehmm… Nothing,” I replied.

“Are you sure? I thought you were watching those children playing masquerade”.

I looked again, and truly we had just passed some children dancing behind a masquerade.

“Oh!” I said for lack of something to say.

Well, I didn’t even need to say that as she immediately took over and started all sort of stories about masquerades. I was hearing but wasn’t listening. Who ever knew she could talk this much. When she finally paused, I had the courage to say.

“My name is Chinedu. What’s your name?”

“Ah God! Not again,” I muttered, as soon as I realized I had fallen asleep in class.

Shooting my friend an angry look that made him cringe, I buried my head on my desk again. He should at least have waited until she told me her name. I didn’t even get her name. What’s her name?

“Arrgh!” I shouted out in frustration.

“Who is that?” our history teacher asked, looking up from the note he was dictating.

Are you writing a sequel to this story? If you do, please reply & let me know because I'd like to read more of it! You have a lot of potential here, brother!
Upvoted & followed 😎

Lol. I wasn't thinking about a sequel but now that you've mentioned it maybe I'd give it a thought and if something comes up, why not?

I loved reading this. When you think of you crush frequently, she would likely crawl into your dreams :-) I have had a similar experience: I opened my eyes just before I kissed the girl. But no one woke me up :-(

Haha. Maybe you should have waited for the kiss before opening your eyes. Thanks for stopping by.