To love to hate, to hate to mature and to mature to love - Episode 1

Once I was 18 years old as I grew to the shape of a man's desire, I had the thoughts of love so pure and sweet. The love of art filled with romance flavored with all goodies of pleasure . I had the notion that I would express them to the man of my dreams. A mind of a teenager so pure, kind and naive. Never experienced dry hardship of this planet.
On one occasion, I felt that I had reached the apex to meet the right man and as white-headed as I thought, i saw this a handsome looking guy, having every quality that I could dream of in a man. It was a dream come true. Lizy, I'm I getting the love at first sight goosebumps? I thought out loud. I turned and felt a cosy touch on my shoulder, couldnt move, speechless as I looked straight into those beautiful brown eyes. I was mostly nodding my head with a grin on my face. I felt so tensed for a while that I couldnt feel my legs. I was embroid in the conversation. I couldn't wait for him to ask for my contact. After a 30 minutes chat, he took my contact and set off. I felt I had behaved stupidly as he left my presence but I was indifferent. I waited for his call the following day. I kept checking my phone to see whether he had called every now and then. I received no call and my happiness was dwindling from me. I was left in awe. I kept reminiscing on the feeling and the thoughts that ran through my head as we spoke the other time. A day passed and I received a call. Junior as he call himself was on the other end of the call. It was but a short call with greetings and a simple question. " Good morning Lizy, Can you meet me at the place we met at the other time at 2:00pm?" I said Ok and the call ended. I was angry that he didn't call early but glad that he finally called. It was there at 1:49 pm . I waited for close to 45 minutes. I was about leaving when I saw someone from afar running towards me. I smiled as he approached. My eyes almost caught tears when I had a closer look at the guy running towards me. It wasnt Junior. I was so upset and began thunking out loud. Lamenting, I turned to go home just to realise Junior standing right behind me. He hugged me and said i'm sorry for the delay. He sweet talked me with his smooth but breaking voice.

I was happy to finally meet him again. As we began our conversation, I received a call from my mother to come home as soon as possible. Our conversation ended with I love you from Junior. I didnt know how to respond. In shyness, I respond ok. I. Ok.

Source
I knew I loved him also and would do anything at all for him. We arranged to meet on the same spot the following day. The evenings came and the mornings followed. I had failed to tell my mother about Junior and my adventure was known only to me. I didnt see anything wrong with that. In the morning, Junior came to the same spot and called me to meet him there. I had chores to do so I quickly did them shabilly. I couldn't recognise him well when I got to the spot. My sight was okay but the mind was filled with disbelief. Junior was driving a Ford Mustang. A car I see only in TV shows. I joined him in the car and he sent me to his house. At his house I was wondering who he was and how come he was that rich whiles he blabbed about me. We were getting to know each other when he attempted to kiss me. He took me by surprise and my reflex led me to lean back. I was surprised with my reaction. The room became tensed as we both stood in close proximity. I told him I'm sorry. As I was saying Im sorry, He went into one room. I felt so guilty and I thought I had lost him. He returned and saw tears in my eyes. I closely and slowly went and hugged him. As he caressed me, I kissed him on the neck. Before I could blink my eyes, we were locked in a web of deep romance. Our lips glued together in infinite moaning. I had control over my lustful desire but the thought of making him sad again deterred me from stopping him. His shirt was off and my braless top was half off. I was shy and my emotions sold me out. As the tempo of romance increased, he asked me whether I was in my safe period zone. I didnt understand and didnt want to feel belittled so l told him yes.

It was a painful sweet experience. I was filled with regret after we made love. I cried for a while as Junior consoled me. Meanwhile, whilst we were at it, my mother had called 7 times already. I didn't know how to return the call. I became more sad but Junior seemed indifferent. He had had his way. I still loved him though but I still had my mother to answer to...... Tobe continued. Submit
$78.16
78 votes
20
Authors get paid when people like you upvote their post.If you enjoyed what you read here, create your account today and start earning FREE STEEM!
Sort Order:
[-]
hamzayousaf (66)  ·  2 years ago

What a heart touching love story it is really very interesting but your way of writing is more impressive..@tj4real

Wooow, I wouldn't have guessed you were such a talented creative writer. Well, now I know,lol. I will be sure to keep monitoring your blog for such intriguing pieces in the future. Thanks for sharing at tj4real.

Thanks. I am just using my creative imagination to tell a story that carries a point

You ain't the only one.

Very creative, you are a talented writer, keep it up, you are near perfection.

Thank you. It ls an honour to write this piece

Quiet touching @tj4real
Some heart-broken content but it was really well described although its hard to write expressions of love and hate but you did it good.

Waiting for the next part! 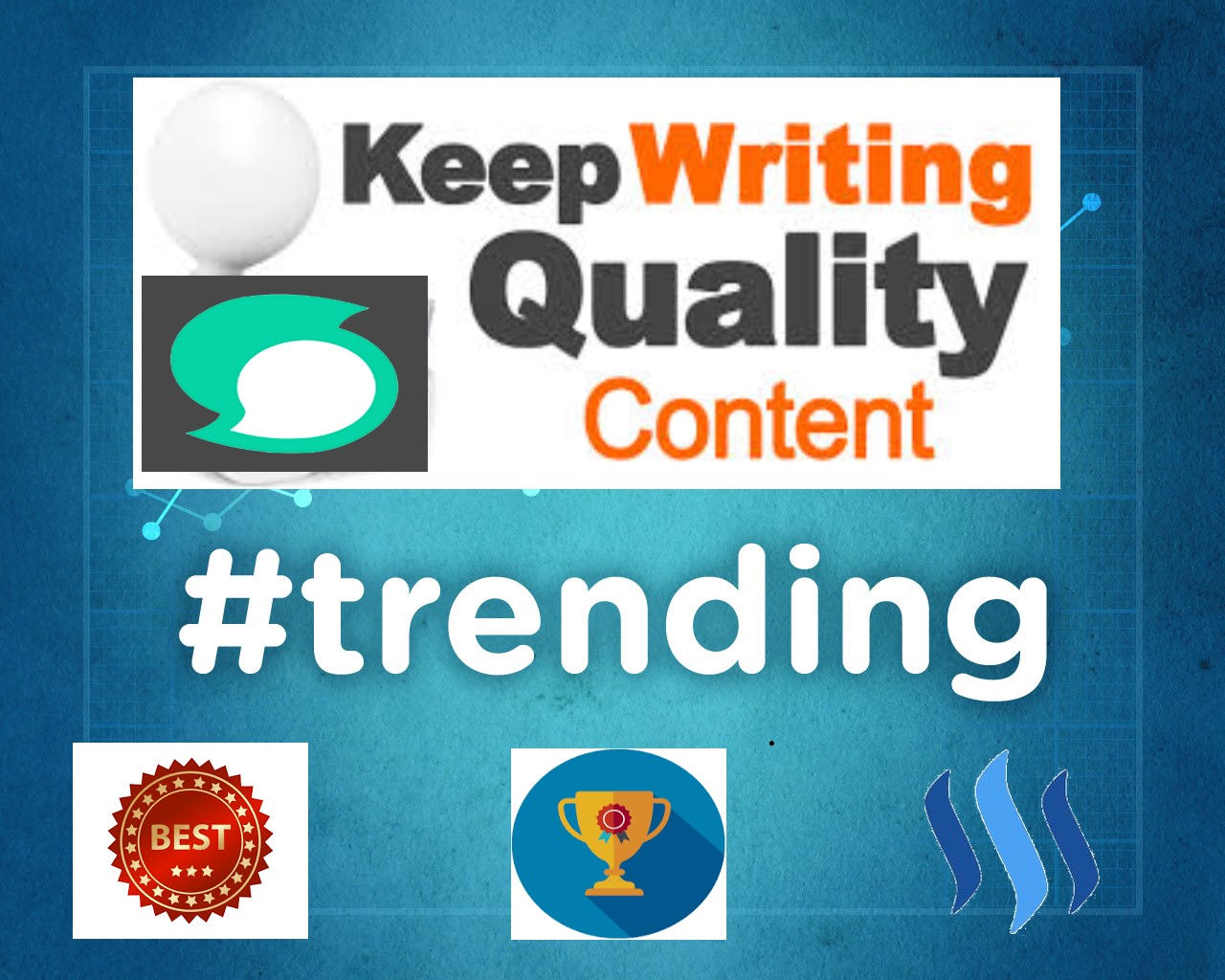 Cant wait to read on . Pls when is it gonna continue?

Congratulations @tj4real, this post is the ninth most rewarded post (based on pending payouts) in the last 12 hours written by a Superuser account holder (accounts that hold between 1 and 10 Mega Vests). The total number of posts by Superuser account holders during this period was 1527 and the total pending payments to posts in this category was $8212.39. To see the full list of highest paid posts across all accounts categories, click here.

Congratulations, your post received one of the top 10 most powerful upvotes in the last 12 hours. You received an upvote from @xeldal valued at 87.65 SBD, based on the pending payout at the time the data was extracted.

That's a wow. Now I want to write a story.