These will be a lot shorter now. I think no one read the last one completely … Including me. They're no use that way

Welcome to part 2 of my The Sprawl Campaign Diary. Last time the group had their first mission to extract a prototype from RoboTech.

Another day, another mission.
After the last mission, the group talked about which contract to go for next, and decided to go on a mission Roadkill received:

Steal a drone from the Men of the Machine. 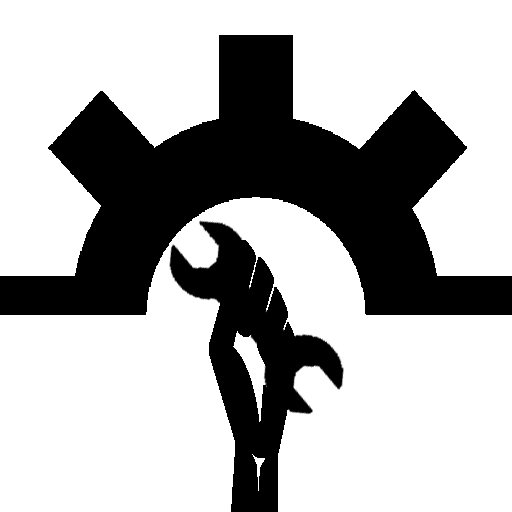 Men of the Machine Emblem

The group met their employer, a South-American man called Rico Eisendüller, in an abandoned warehouse in lower Neo-Shanghai, and got the information they needed.
Re-Steal a quadruped drone from the Men of the Machine headquarter. Roadkill knew where this HQ was: In an abandoned factory in lower Neo-Shanghai.
With some research the group also found out, that Rico Eisendüller (an alias) was employed by the Entertainment Alliance.

Due to the Men of the Machine HQ being a big place, Jinx did research to find out where exactly the drone was and found some Men of the Machine newbie, posting a video feed of them walking around the place, "accidentally" recording someone working on the Drone – which was now missing 3 legs.

The group now knew where the drone was, so they decided on a plan:

Laughing Lady's business proposal went well, even though she and George Chrome were the ones talking, rather than Hannah Komarov (the Men of the Machine leader) and Steel Cannibal (the Pulse leader).
Not everyone was interested in listening, when they decided to tell everyone about the new alliance however. Hannah managed to get most of the goons listening by recklessly shooting two goons who shouted Boring and went to leave. Not everyone was distracted, but close enough for Roadkill and Paladin.

Loading the drone was rather easy. There was a mechanic in the next booth, but he did not care, and most other Men of the Machine goons were at Laughing Lady's talk.
After the Drone was loaded, Roadkill decided to be vengeful, and cut the brakes of a jeep that was in another booth.
This seemed fishy to the mechanic in the next booth, so he asked Roadkill what he was doing – "Getting spare parts". Roadkill quickly ran away to the Van with the Drone loaded.

While driving away, Roadkill and Paladin quickly noticed someone following them at a high speed: The jeep, Roadkill cut the brakes of. They managed to shake him of by taking a sharp turn, but their Van got greatly damaged, so they had to switch to Roadkill's VW Bus, which Jinx, reluctantly, drove over.

Roadkill assembled the drone the following day, and then delivered it to Rico.

Next mission:
Free a person from Mnemotronics.

In this section I will talk a bit about my GMing experiences with The Sprawl.

Last time I had a bad experience, because I prepared to much. Thus my preparation for this mission was only:

Employer: Entertainment Alliance
What? Steal a quadruped drone for the Men of the Machine HQ.

Which worked way better than before, calming my hard feelings towards The Sprawl from the last session.
The legwork-phase became a riddle for the players to figure out. Figuring this riddle out took about 2½ hours – of which, the last hour felt very dragged out, and out of ideas.
I'm not sure whether my players didn't want to spit out their obvious ideas (on which other players then build again, etc.), or if they were actually out of ideas.
Conversely: My players didn't feel this way at all. They rather liked it. Great … ?

On a side-note there's a group identity building. Last time I was skeptical how a group of 2 talking-people, and 2 action-people would fit together, so everyone had something to do.
In this mission there was an A-Team and a B-Team. One team did the distraction, while the other team did the actual work.
Built organically without the GM doing anything. Nice.

Glad to see you're getting the hang of it. These early one shots are great for teaching folks (including the GM) the basics of the game and creating a sense of group identity. They also give players the opportunity to try out different characters if they aren't liking their toons as much as expected.