Life at the Brook (narration, part 1)

This narration was first published in German language the day before https://steemit.com/deutsch/@martinamartini/leben-am-bach-eine-erzaehlung-1. Here the English version. Hope you like it.

In my life, waters play a big role.
For the astrologers among us this is understandable: zodiac sign Cancer, ascendant Pisces.
As my "Brother Mühlbach", a brook, is currently endangered by construction projects (https://rettetdenmuehlbach.wordpress.com/), I wrote these memories of my childhood in a house by the stream.

My home is Carinthia, more precisely, the valley Gailtal. In the sixties and seventies I grew up in a simple family home close to the the brook Mühlbach in the small city of Hermagor, in the so-called Upper Market of the town, fringed by mountains, where the narrow valley Gitschtal merges with its river Gössering into the Gailtal valley with the dreaded river Gail. A few steps further, a wooden bridge leads over the Gössering, which has dug its riverbed north of the old town of Hermagor. 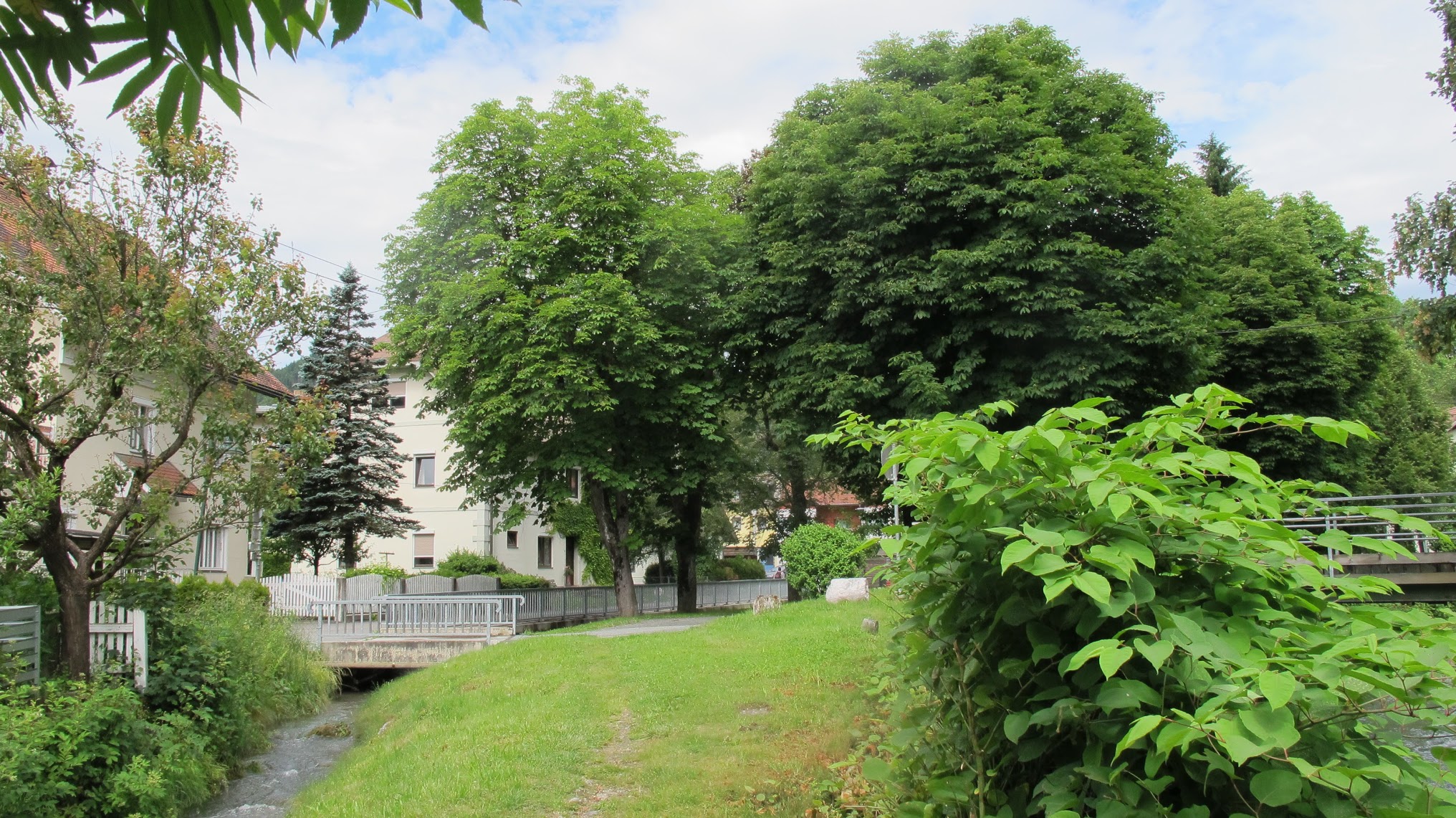 Now I live a few decades away from home, but I still seek, whenever possible, the proximity of flowing waters. Even if it's only the pond at the old farmhouse in Burgenland with the babbling inflow, in which I live now, I'm already comforted.

During my study and professional years I was often homesick. It was not so much the yearning for the familiar mountains, as with many people who are at home in the mountains. It was the waters that I missed. The clear mountain streams, the waterfalls, the mountain lakes, the bathing lakes, the wild rivers, the springs.

My new home, the hilly southern Burgenland, is a winegrowing area, farmland, fruit growing area and spa area, wooded, with many fish ponds and crossed by a few rivers. The brooks in this region are only filled with a lot of water in heavy rains, they are mostly rivulets. The ponds are mostly cloudy because of the activities of the fish. Lakes and waterfalls do not exist. The landscape is also picturesque and varied. But when I come to my old home, I look forward to my first companions of my childhood out there in nature, the waters and plants.

With the creek Mühlbach and its "mother", the Gössering, many beautiful memories are connected to me. Here I would like to share some of them with you and describe some other events that took place on the Mühlbach and in its vicinity.

The magical nature of my childhood

In my early childhood, all nature was magical to me, whether it was the garden of the family or the park with the big chestnut trees, which seemed to me like an island between the river Gössering and the brook Mühlbach (Bach means brook/creek). For hours I could watch what was crawling and flying, watching flowers and grasses. But I was by no means a quiet and dreamy child. I laughed, danced, hopped, jumped, swam and did gymnastics and was known for approaching people with a sunny smile.

I loved adventure and wanted to explore distant lands. As a schoolboy, I enthusiastically read travelogues and adventure stories. Since we lacked female role models back then, I was Old Shatterhand, the last of the Mohicans, who accompanied Thor Heyerdahl on his field trips and was with Sven Hedin on his expeditions and with Heinrich Harrer in Tibet.

Presumably, I had no problem with the exchange of the gender role, because only the body is sexual, but soul and spirit are not.

I had problems only with the discrimination as a girl when it came to education and work. Factory teaching was only for boys. People were shaking their heads when I wanted to go to the fire department. Everything a boy did was admired. A girl, then, had to be first and foremost good.

My own adventures were far less spectacular than the adventures in my books.

Between the park and the river Gössering wild bushes and young trees were allowed to grow. I discovered a small tree that was easy to climb from the stone wall and allowed me a relatively comfortable sitting. There I spent so many happy minutes in which I believed myself unobserved and let the environment act on me. 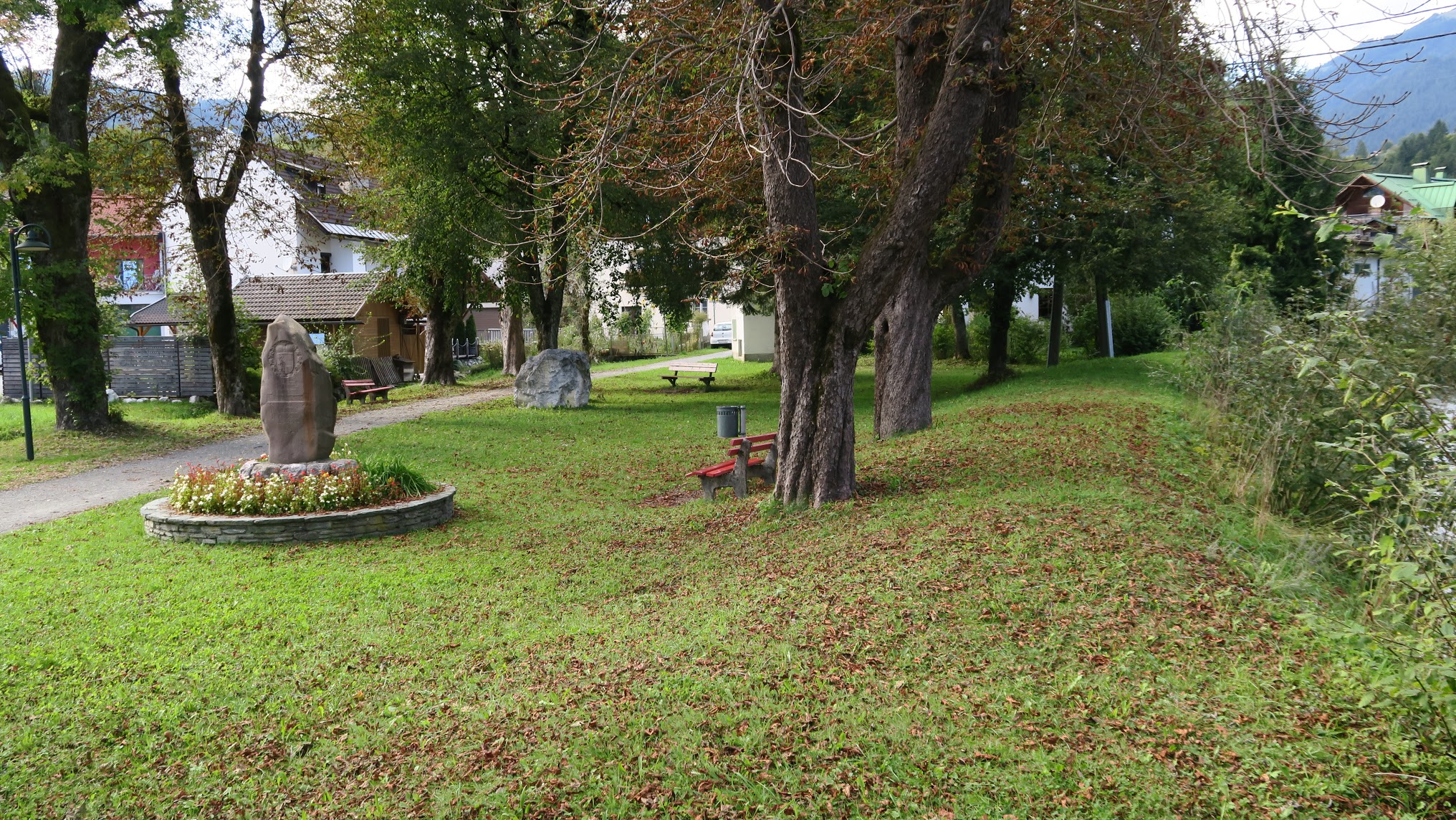 With my mother's oversized bike I drove over hill and dale and ventured far into the Gösseringgraben (the German word Graben means canyon). The path along the creek was loamy in some places. There were steeper places, which were crossed by roots. There I had to carry the heavy bike a piece of the path. I was pretty fast and wild. I was actually something of an early mountain biker.

The Carnic Region is snowy. In some years, even in the valley, the snow was piling up. With my bare hands (of course with gloves!) I digged tunnels along our garden fence, and a small cave and enjoyed this peculiar, self-created world. After this exercise it was wonderful to be strengthened by grandmother with hot tea and a snack. My clothes became soaking wet during my adventure in the snow, because the materials were not that good at the time. But it was nice.

The Rushing of the Brook

We residents of the house number 59 lived like all neighbors with the everlasting rushing of the mighty Mühlbach. It greeted me every time I came home and accompanied me to sleep. He (I really cannot say "it") became like a friend or brother to me over time. As a single child well protected by parents and grandparents, I hardly had any contact with other children until compulsory schooling. It took a long time for me to get along with my mates. The Mühlbach was like a confidant for me. His rushing signaled his presence and this was sort of comforting for me. Every outdoor activity and every chat with passers-by was accompanied by the rushing of the brook. Even with my homework I felt the presence of the brook. More powerfully and noisy in my pretty contemplative young life were only the church bells of the nearby parish church. Powerful, but in my ears not as well-sounding as the brook. Church bells always sound a bit out of tune to me. I have never been able to fathom, why they were not replaced by better sounding instruments.

Fortunately, there is are the "fine arts", and the music. Music was very intensively maintained in my home town. All of my relatives played one or more musical instruments. Among other things, my mother was a music teacher and choirmaster, she taught violin and occasionally worked as an organist. There was often house music. My grandfather played cello. Friends of the house brought their instruments. They played only for their own pleasure. After palying they celebrated a cozy get-together.

I was allowed to learn piano. Later I appropriated self-taught modest knowledge of other instruments. The piano was in a living room facing the alley. Every now and then, passersby stopped to listen to the sounds when I played.

Even then I had a tendency to celebrate. At full moon played the Moonlight Sonata by Beethoven. It was as if the magic of the moonlit night was amplified, and I really bathed in my feelings. 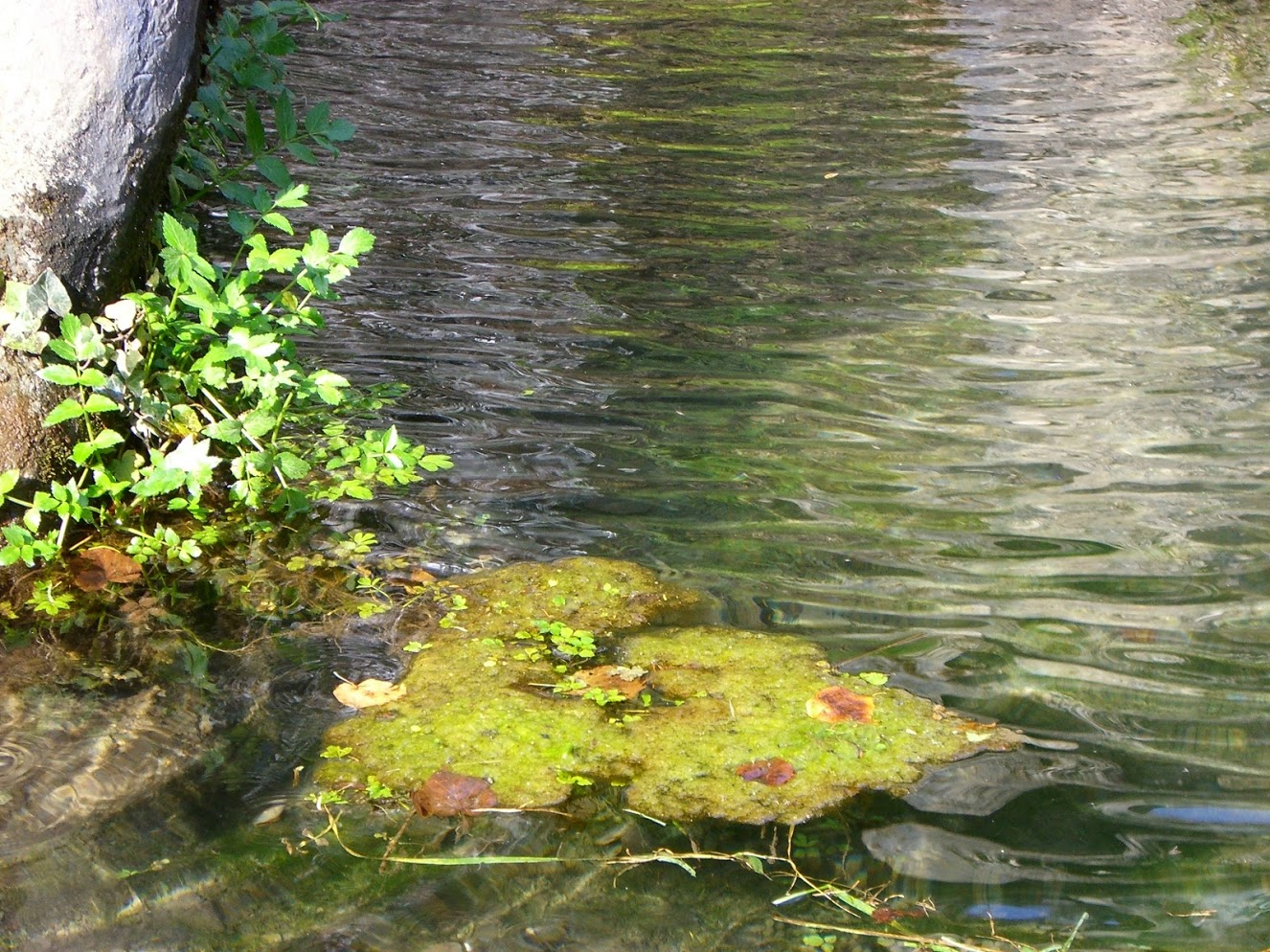 Sometimes I played with the window open. Outside the window, which was open to the garden, was an old plum tree. When I played, the songbirds began to sing in the tree. Or maybe in my loneliness as an only child, I just imagined they were singing along. It was a nice feeling of connectedness.

Even if this musical dialogue between animal and human only took place in my imagination, for me it joined in the many nature experiences that shaped my childhood more strongly than the encounters with people.

The @OriginalWorks bot has determined this post by @martinamartini to be original material and upvoted it!