“Nonlethal,” Markus commanded as he surveyed the scene ahead. A legion of men with assault rifles were taking up positions on the roof.

That was the only word that Gideon needed to hear. “Affirmative.” He responded and looked through a magnification of the roof exfiltration site. The 20mm rounds in his twin Vulcan cannons could turn any one of the targets on the rooftop adjacent to him into red mist, but these men were just doing a job, just like him.

He didn’t even have to command the system to load the non-lethal rounds. The onboard AI had already loaded a 100-round belt into the port Vulcan. The rounds were filled with a compound that would emit a cloud of gas and smoke when it impacted a surface. Also included was an impressive but non-lethal fireworks display, and enhanced tear gas would knock an unprepared man out of the fight.

The Norseman continued to orbit, its guns facing the courtyard. Gideon saw several men with AK12 rifles running up the stairs to take a position on the roof of the southern tower. He ordered the computer to fire an arc that would encompass the entire rooftop, excepting the area he knew Daniel and Reyes were heading toward.

Rounds exploded all around the men, making for an impressive pyrotechnic display as they dove for cover at the base of the towers. A curtain of thick white smoke filled the air.

Confident the roof was safe, Rossi brought the Norseman in to hover directly over the courtyard.

Gideon continued to search for targets and found himself staring directly at Adnan, standing amidst the chaos in the courtyard in his fine flowing robe. He saw his men cowering all around as the wind from the Norseman’s afterburners whipped dust and debris up in the confined courtyard. He looked up to see the Norseman hovering directly above and clenched his teeth in rage and shook his fist.

The resolution on the display was high enough that Gideon could see the man’s fury down to beads of sweat that dripped off his face. He could only smile and give their enemy a two-fingered salute.

Daniel and Reyes had made it to the roof access and they ran out from behind cover, weapons at the ready. Daniel aimed his purloined AK12 at a nearby light pole and shot it, distracting the cowering and dazed men on the rooftop as sparks showered down on them.

The Norseman pivoted again, and her rear hung out over the sea. The Norseman’s nose split open, revealing Markus tethered to a safety line. A ramp under the nose extended outward a few meters. The ramp was for roll on, roll off loading and unloading of vehicles, not for providing an extended exfiltration surface, but Markus had figured this was the best way.

Shots from a few enemies below ricocheted off the craft’s titanium plating. The craft started shaking, the heat from the backwash of its vertical jets causing it to shudder violently and drift side-to-side. Rossi activated a complex AI routine that could analyze the dynamics of the airflow. Working in tandem with the output from the algorithm, Rossi leveled off the Norseman as best should could.

Markus held onto a handhold and leaned out of the Norseman’s nose and onto the extended loading ramp, waving his hand and yelling above the high-pitched whine of the engines.

Daniel and Reyes jumped for the ramp just as another gust of the hot jet rocked the nose of the Norseman upwards. They slammed onto the ramp and immediately began sliding down its surface toward the rocks and sea below.

As he saw the ramp slide past his clawing fingers, Daniel thought this was surely the end. Resigned to his fate, he closed his eyes. Suddenly, Rossi managed to force the nose upward, slowing their slide just enough. The hull creaked against the strain. Daniel and Reyes went over the edge but managed to grab the ramp’s lip by just the skin of their fingertips.

Markus extended the tether and ran onto the ramp. He leaned over and reached over the edge, pulling Reyes up first. Daniel hung in space over the foaming sea below. Markus seemed to pause for a moment before extending his hand. Daniel grasped it and pulled himself onto the ramp.

The ramp began lifting to close, and Daniel, Reyes, and Markus dashed down into the safe, comforting confines of the Norseman.

Behind them, the ramp closed with a soft thump, and the nose sealed out the exterior environment with a hiss. The craft swung around the castle in a wide loop, afterburners glowing white-hot as the Norseman shot away low over the ocean surface, vanishing into the midnight sky. 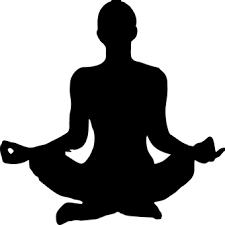 To have your post resteemed to over 3,000 active followers send a minimum of 0.5 SBD/STEEM to @crystalhuman. Be sure to leave a link in the memo. Send 1.0 SBD/STEEM or more for an extra 20+ upvotes.

@jrd - Thanks for supporting me, a human. Not a robot.