If you regularly play Tabletop RPGs -- take a shot at this experiment. For those who dare, a new way of adventuring awaits. 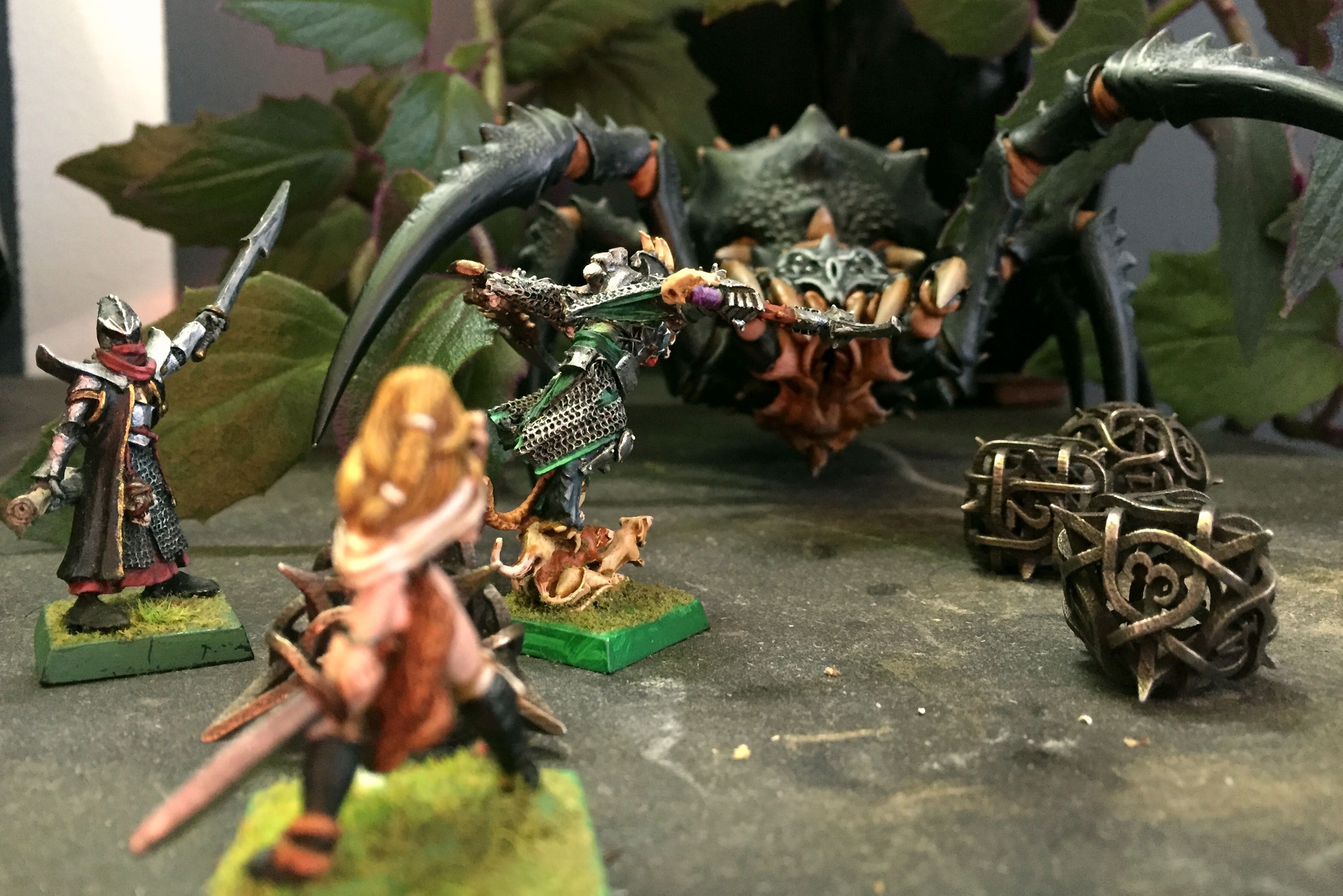 My goal as a GM is to create run a story as effectively as possible, making sure the players have as much fun as they can while feeling completely immersed in their world.

I'm suggesting experimenting with a different method for bringing a game together:

Write a story and pick the best system to go with it.

If you're someone who's experimented with some systems, you may have noticed that each system has a unique focus and energy. For example, Dungeons & Dragons 5e is great for sending adventurers out to accomplish quests, while a system like Numenera has a more explorative feel.

In other words, a game would run better if the system fits the story. Running a fantasy horror story would probably work better with the Call of Cthulhu rules than it would with the Pathfinder system. Sure, both games could be fun, but one was created with a focus on the horror element.

This is pretty straightforward: Go through your story and see where the mechanics of your chosen system will fit in and start to add them.

Make a list of potential players and their general playstyles

Think about the characters that would fit best in this world, then take into consideration what choices you have for players: who are the friends you know who play, and what are their general playstyles.

If you know people that play who you've never been in a group with, ask them:

This should give you enough information get a picture of their play style. If it's still not clear ask a follow-up question or two.

Now, take a look at the list of potential players: Do any of these people's play styles match up with the adventure you're running?

Maybe you're doing a harsh bronze age campaign and you're using the Cypher System from Monte Cooke. Maybe there's a player on the list who likes to play more serious fighter types, that would fit perfectly into this story.

Maybe you're running a comedic superhero adventure and you're using the Masks ruleset. The a power-gamer friend of yours who's favorite moments are funny ones might work well here.

Maybe you're running a complicated Pathfinder adventure that's rich with intrigue, perhaps some of the people who play rogues and bards will fit in well. Maybe you have a player that likes to play high intelligence rogue/bard characters.

The idea is to find synergy between the story, the rules, and the players to create a more fun and immersive game. Let me know if you try it!

Hi @decimus, I would go as far as saying that "regularly play Tabletop RPGs", but I do like board games and RPGs; and I have been thinking about how well they translate to a platform such as Steemit.

Thanks! I'd love to see where steemit and rpgs come together - maybe there's some way to work together with twitch or geek & sundry?

maybe there's some way to work together with twitch or geek & sundry?

Now that would be amazing - it's probably the best idea I've heard all day.

I've been putting off writing, what will probably be too long of a, post about a gaming idea on Steemit that I have. You've got me thinking again. I'm starting to get into a writing mood now...

I'll let you know when it is done. I would love to hear your feedback!

This idea is intriguing. Streaming an RPG game and linking here would be cool, but even a weekly write up of an ongoing game of participating Steemians could be a fun feature.

the best of this games are the mini fures! are awesome!

Thanks, painted them myself!

Good tips, I think! Thank you for sharing. I thought this was going to be a Steem RPG game. (somehow XD)

FYI: A Steemit user is running a ttrpg (kinda-- it's actually written for social media play) here on Steemit: https://steemit.com/gaming/@clweeks/4zmeog-the-sundered-land-a-doomed-pilgrim-in-the-ruins-of-the-future-play-with-me?sort=new#comments