STAND UP FOR OTHERS So, you’re all sitting round having coffee when the subject of young Bankole comes up. Now we all know that Bankole is a pain in the backside. He doesn’t pull his weight, goofs off, steals the pens and paperclips, is rude to the security staff, always offloads as much work onto others as possible, blames others for his mistakes, and is generally obnoxious.

So you all have a moan about him behind his back, and get a lot of your anger about his behaviour off your chest. But you don’t. Oh, the others might but you won’t, not from now on.

You now have a Rule , and you stand up for others. 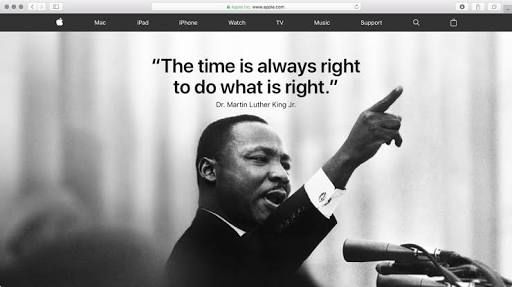 No matter how obnoxious young Bankole is, you will always find something nice—and genuine—to say about him. That is your objective

—find something nice to say no matter what.

At first this may be quite hard, but if you persevere it becomes increasingly easy—it’s all a question of habit and mental outlook. If we are used to bitching and moaning, then that’s what we do. But if we change our approach, we can be more positive— though it does take a bit of effort initially to make this change.

Standing up for others, no matter what, gets you a reputation as someone who can always find something nice to say about everybody. Thus, those who you would have moaned about
Know that you, of all the work force, will always be fighting their corner for them. It gets you unwritten loyalty and a sort of guardian angel relationship with the more unpopular members
of the team.

This is a strange relationship to have, but it works wonders— these are the people who will back you in an emergency. They will let you know if someone is trying to mess you up. They will pull out all the stops for you because they know you care.

If you need a favor, they will be the ones to call on. It’s amazing how quickly the word will spread that you are a thoroughly nice person—you don’t bitch, you don’t moan, you
stand up for the underdog, you are supportive, and you can always see at least one good point in a thoroughly bad apple.

Obviously, you will have to do this in an honest and sincere fashion—it’s no good lying or making it up. If you, at first, simply can’t find anything positive to say, then shut up.

But there is always something nice to say—nobody is completely evil or wicked or nasty.

There is only one way under high heaven to get anybody to do anything. Did you ever stop to think of that? Yes, just one way. And that is by making the other person want to do it.

Remember, there is no other way. Of course, you can make someone want to give you his watch by sticking a revolver in his ribs.

YOU can make your employees give you cooperation - until your back is turned - by threatening to fire them. You can make a child do what you want it to do by a whip or a threat. But these crude methods have sharply undesirable repercussions.

The only way I can get you to do anything is by giving you what you want. What do you want?

So, back to young Bankole. What are you going to say?

Well, for a start you could point out that he makes good coffee. Or that he is always on time. Or he is very good at handling irate customers.
Or he has a brilliant sense of humor. Or he always knows the football scores. Just keep saying “But he’s good because he …has one good quality or the other.”

What about you? What else would you say about Young Bankole?

We are a Community aimed at helping Students on the Steem blockchain Pay their fees from Steemit platform.

You can join us Using the following links. I support this 100%, based on my research if u tell a bad person a nice word all the time, the person tends to change a bit from his odd characters...

'To my dear Bankole'
I'll say he's a very lively person and it can help his social life.

Thanks for the kind words sir

I like this line, if you don't have something good to say, then shut up. Nice write up