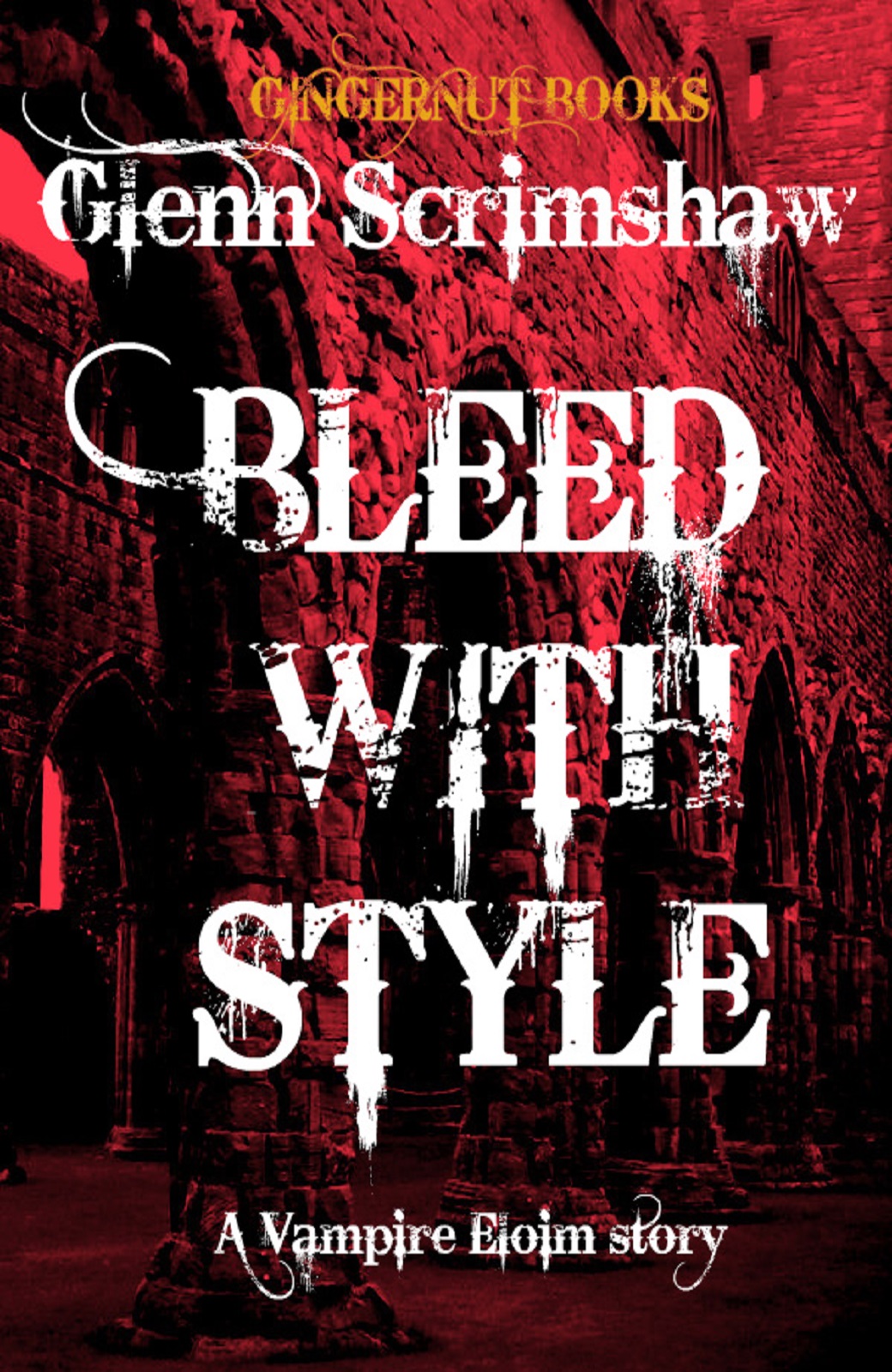 Eloim crouched in the narrow tunnel. This tunnel was dry and the stonework around them was much older than the slime-covered walls of the sewers. Polly crouched in front of him as she slowly moved forward, a small torch illuminating the utter darkness before her, as even vampires needed a trace of light to see.
“Polly, what is this relic, and why is it suddenly so important to Dad?” he asked, Polly stopped for a moment to consider telling him, but then she continued her crawl.
“I thought you would have asked about it a lot sooner,” she said. Eloim waited for his sister to continue, but she didn’t.
“Well? Has it got anything to do with Mum not coming back from Rome?” he pressed, not wanting to drop the matter. Again Polly paused in her forward movement.
“In part. I’ll explain when we find it. It’ll be easier for you to understand when you see it.” There came a slight sound from behind them back down the tunnel and both froze, listening. When no other sound followed it, Polly relaxed.
“Come on, let’s get a move on. I don’t much fancy spending all day sleeping in the sewers waiting to get back into the citadel if we don’t get out till daybreak.”
Eloim though, didn’t move. “Dad said it was dangerous. I think I should know what this danger is at least,” he demanded.
“He didn’t say it was dangerous, he said there may be some danger, that’s totally different. Now come on and stop being a baby.”
The tunnel stopped suddenly and Polly was looking at a large stone slab. She quickly inspected it.
“We’re here. I don’t want any noise till we know what’s on the other side.” Carefully she pushed the slab and with hardly a sound it began to move away from her, then as she watched in horror it toppled away from her and fell with a great crash, sending up clouds of dust.
“So is this us being quiet then, Polly?” Eloim whispered as the echo of the falling stone began to die down.
“Shut up and let’s go, and keep an eye out,” Polly hissed as she moved forward and climbed out of the tunnel.
Eloim quickly followed, grumbling. “It would help if I knew what to look out for.”
They stood and looked around the vaulted room as Polly shone the small torch around. Ancient coffins were set into recesses in the wall. Many had rotted and collapsed through age and the bleached white bones of the occupants were visible, while centuries of dust and cobwebs covered everything. At the far end of the room there was a heavy wooden door and Polly headed towards it. Pulling out his own torch Eloim followed. Polly put her ear to the door and listened for a moment then turned to Eloim and smiled.
“Nothing’s on the other side,” she whispered. “There should be a stairway just down the corridor that leads up to the crypt.”
“I thought this was the crypt?” Eloim whispered, looking back around the room.
“No. These graves are about twelfth century from the original monastery. The cathedral crypt is still above us,” Polly answered as she began to pull open the door. The rusted hinges held for a couple of seconds before breaking. She almost fell backwards as the door came away from the frame and fell forward towards her. Righting herself, she grabbed the sides of the door and carefully placed it against the wall. Drawing her sword she grinned at Eloim before entering the tunnel that would lead to the crypt. After a moment Eloim followed.

Submit
$6.99
17 votes
3
Authors get paid when people like you upvote their post.If you enjoyed what you read here, create your account today and start earning FREE STEEM!
Sort Order:
[-]
bashadow (64)  ·  2 years ago

Pretty rickety place they are breaking into. I am surprised the manhole cover did not crumble to dust.LoL. Tunnel door, then crypt door, maybe the bad guys following them will step on a rusty nail or stub a toe on debris. I bet Eloim's sparkly glove is going to come in handy soon.

Hi @alienbutt,it is a very good story, I am amazet at what you write.