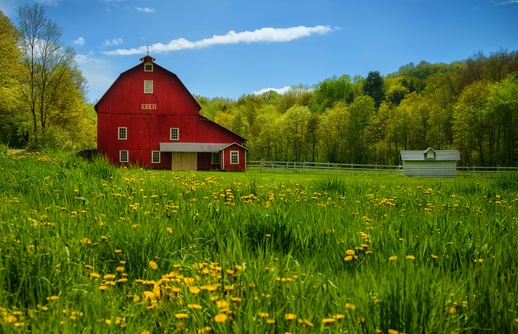 “My feet are killing me,” He said, moaning. “I'm not sure I can walk another yard.”

His friend turned to him, urging him on “Come on, not far now.”

“This better be worth it,“ He said, marching on, wiping the sweat off his brow as he went.

They trudged on in the late June weather, the hot summer sunshine beating down. Their sore feet only made worse by their packs and muskets that they were carrying.

As they approached the small town, all was quiet..
“Keep low, they aren't very friendly in these parts so I've heard, and they won't give us anything - except some buckshot to help us on our way” He whispered to his friend.

The two soldiers crept into the town, keeping very quiet looking for their promised bounty.
They were friends from childhood, and had joined up together, to fight the invaders.

They thought they would be fighting with boots on their feet, though! Eventually they came across the building they had been told about, and opened the big doors, and crept in.
“Darn it! It's Christmas come early!”He said, eyes wide open at the huge pile of footwear in front of him
“Sshhhhh!”, His friend said quickly “Lets get some boots for ourselves, and high-tail it back to the boys. Christmas, yes sireeee.”
Five minutes later, booted, they made their way quietly out of the building, slipping out of the town, and into to the Pennsylvanian country side.

“We have to tell The General about this, it could shoe the whole army!” He said.
“What’s the name of this place?,” His friend said
“Err.....Gettysville, Gettysburg....something like that...”

Boots on feet, they hurried back to the Army of North Virginia... 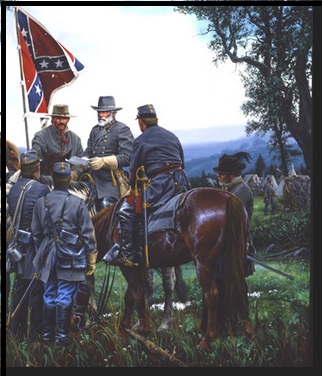 @lucylin - I had a little trouble understanding the background to the story as I am not american, and have not read much history.

I Googled to get the context.

For those like me - here is a little context:

There is a strong rumour that the battle of Gettysburg was fought over boots. The army believed that there were many boots to be had in the town. The battle was in 1863..

Here is a quote from the Virginia Encyclopedia:

I'm not American either - I am a war gamer, and an American civil war history geek though. oops!

Thanks! It was fun writing it!

My Grandpappy came over to England in WW2 just to get a pair of boots. According to him he & his friends all joined up just to get the boots & uniform I think they were from the Algonquin tribe.

although ur reply to author @lucylin, please let me just say, in wartime, the most incredible things occur with average folks. I had kin who joined to fight for varied reasons. One uncle went airborne so he could make a little more in pay, and others just to not be left behind (my uncle @ 14 - lost all his brothers... four, save one, two came home). I knew another who was rejected by Army Air Corps (not the right stuff) so he flew for Canada, become an ace in Europe. Army AC enlisted him to fight in the Pacific after VE was declared . he trained on British Tiger Moths and flew P40s, P47s. And some who joined for just three square meals. And your Grandpa did he duty I am sure. The greatest generation all those men and women...we owe them...much.

Point taken & it's a good one. Though I think If my grandpa had the knowledge I have now I think he might have stayed at home. In Britain now most people are driving German or Japanese cars & shop at German supermarkets. Over half our manufacturing has been moved to Asia for cheap labour makes me wonder why we just didn't surrender to the Germans in the first place. They would never of taught us to speak German as a nation we are too stupid to learn a new language. As for Americans learning Japanese that would be even more far fetched.
Hitler actually improved the German economy before the war & was sending the Jews to Palestine before the war started which seems to be exactly where they want to be now. Chamberlain the British P.M who declared war on Germany made a mistake in my opinion he should have taken one of the many peace offerings that Hitler sent he actually considered Britain an ally. Russia invaded Poland the same time that Germany did & Britain chose sides if it had been the other way round & we chose Germany as our ally the US would have joined us & communism would be a thing of the past. The Jews would have got the land they wanted everyone a winner. Even the Japs would have been on our side they would never had bombed pearl Harbour & would have controlled East Asia instead so we would have no North Korean problem. of course hindsight is a wonderful thing. Never mind no going back now. We will just put on our German Adidas sneakers jump in our Volkswagen's & pop down Lidl or Aldi for some shopping or we could have an Asian takeaway then sit back & watch our Sony TVs or play with our Japanese computer or phone.
Britain owns nothing now it killed the British empire even Jaguar, Mini & Bentley are owned by the Germans. We accused the Germans of propaganda & got sold up the river by our own governments BS. Hitler primarily wanted to end communism & take the land back that got stolen off of Germany because they started the first war although ironically it was actually Serbia a communist nation (Russia's little brother) that started the first war.

why, its almost as if the powers that really be, needed a war to reshape the global map....mmmmmm

Nicely written - you have capture it... must be series...
Sorry that should my first comment.. you just the well-spring... try to get this engagement on alt S/M platform - don't happen. Low on VP (30 + hour recharge will later)
looking for shoes, i am too weary to write, but I will be back, of all the engagements of the ACW- this one I know (well I think i do)... I end with this pic for now... I think Lee's recent spill off his horse, must have knocked the sense out of him !

As Shelby Foote wrote in his great work- Pickett's charge was the price the south paid for Robert E. Lee. The south's turning point - there be no cessation of arms ...well

A colossal military blunder. General Longstreet tried but out of his reverence for Lee... he knew this would fail, the British Col liaison knew this was sheer folly but admired the southern spirit.... I will come back later this is rich subject.

A relative of John Harrison, Englishman inventor of the nautical chronometer of longitude at sea, was a rebel spy and picked-up a weapon and fell in ranks. I believe he survived July 3rd.

Congratulations on a very nice post :)
In the meantime, will you repay me?

I’m not American either. I know about Gettysburg and have actually visited the local museum a couple of years ago. But I didn’t remember the deatail about the boots. Kudos.

pleased to read this got some added attention and earned reward 4 U - right!

For be it for me to say to you what you should write... so i will suggest this...please put those creative juices for more battles and stories...I think they shall produce...standing down, cheers mate