Nano Catalyst and Its Applications

Nano science is a field of science focused on making devices and technology out of tiny and miniature through manipulation and engineering of matters and structures on the scale of nanometer, thereby, making matters in smaller and smaller sizes and with improved properties. In this contemporary world of Nano science, where catalysis is an important field of application. 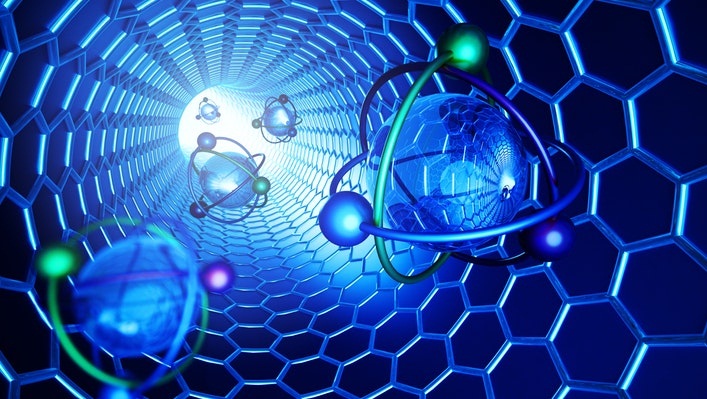 Nano science image
Manufactured products are made from atoms and the products properties depends on the arrangement of the atoms, e.g.in order to get diamond then we rearrange the atoms in coal, if sand atoms are rearranged we get computer chips.

Physics as a mother of natural sciences in terms of principle that are used to explain everything on Nano scale and in terms of chemistry we describe molecular interaction in terms of bond and electron affinities.

Chemistry is the study of molecules and their reactions with each other. Most of all Nano science can be reduced to chemistry because all molecules possess dimensions of few nanometers but sometimes it is insufficient to describe function of nanostructure with chemical description alone. For example, virus can best be described by biology.

Biology is very much described as nanotechnology because biological system is made up of small and efficient motors which can be related to nanostructures. 50 kinds of motors are found in the cell and a cell one micron in size can store 1GB of information in DNA.

Several applications of Nano catalyst in water purification, energy storage, bio-diesel production, fuel cell, in composite solid rocket propellants, in medicine are discussed below;
Bio-diesel production
Biodiesel is the mono alkyl esters of fatty acids. It has been seen as alternative renewable fuel. Many countries such as France, Germany, Italy, and Japan and so on are using more and more of biodiesel because of environmental protection and decrease of petroleum reserve.

Heterogeneous catalytic method is usually inefficient, time consuming and mass transfer resistant. Nanocatalyst is the solution to the shortcoming of heterogenous and homogenous catalyst because of its high specific surface and high catalysis activities.

Nanocatalyst such as KF/CaO can be used for biodiesel production with 96% yield. This catalyst converts higher acid value oil into biodiesel. It is highly porous with particle size of 30-100nm.The catalyst has new crystal of KCaF3 and this is known as a result of XRD analysis.

Contact between catalyst and substrate are made favorable by high specific surface area and large porous size of the catalyst. With this we have improved efficiency of trans-esterification.
Water Purification
Latest energy provider in this era is hydrogen. It possesses economic, environmental and social benefits. Its environmental benefit includes its usefulness in chemical industries at which 40% of its consumption can be accounted for. In many reduction processes, considerable quantity of hydrogen is consumed.

silver nanocatalyst
This can be found in reduction of metal catalysts. Therefore, to reduce the quantity of hydrogen consumption, method of preparation that won’t employ hydrogen and will produce catalyst in metallic form should be used. Shashikala et al. (2007) reported that hydrogen can be economized by synthesizing Nano-metallic particle of silver through novel electro-chemical method of deposition over alumina support covered by carbon. With this method, we achieve silver catalyst production which is very effective in microbial treatment of water
In Drug Field
In Biological field, applications of carbon nanomaterials are of interest. Carbon nanotubes (CNTs) possess endohedral fillings of 2-10nm diameter feature which leads to encapsulation of small molecules. CNTs can be heterogeneously surface –functionalized and stained cytochemically will non quenching and non-photobleaching.

Drug delivery system and bio-application in bio-recognition may be achieved by the use of CNTs. The major controversial aspect is the biocompatibility of CNTs and the major problem of CNTs practical is the tedious functionalization process. Controlled diameter of carbonized poly pyrrole nano particles (CPyNs) and their textural properties is responsible for potential capability of (CPyNs) as imaging probe and drug carriers based on their porosity, biocompatibility and magnetic property. 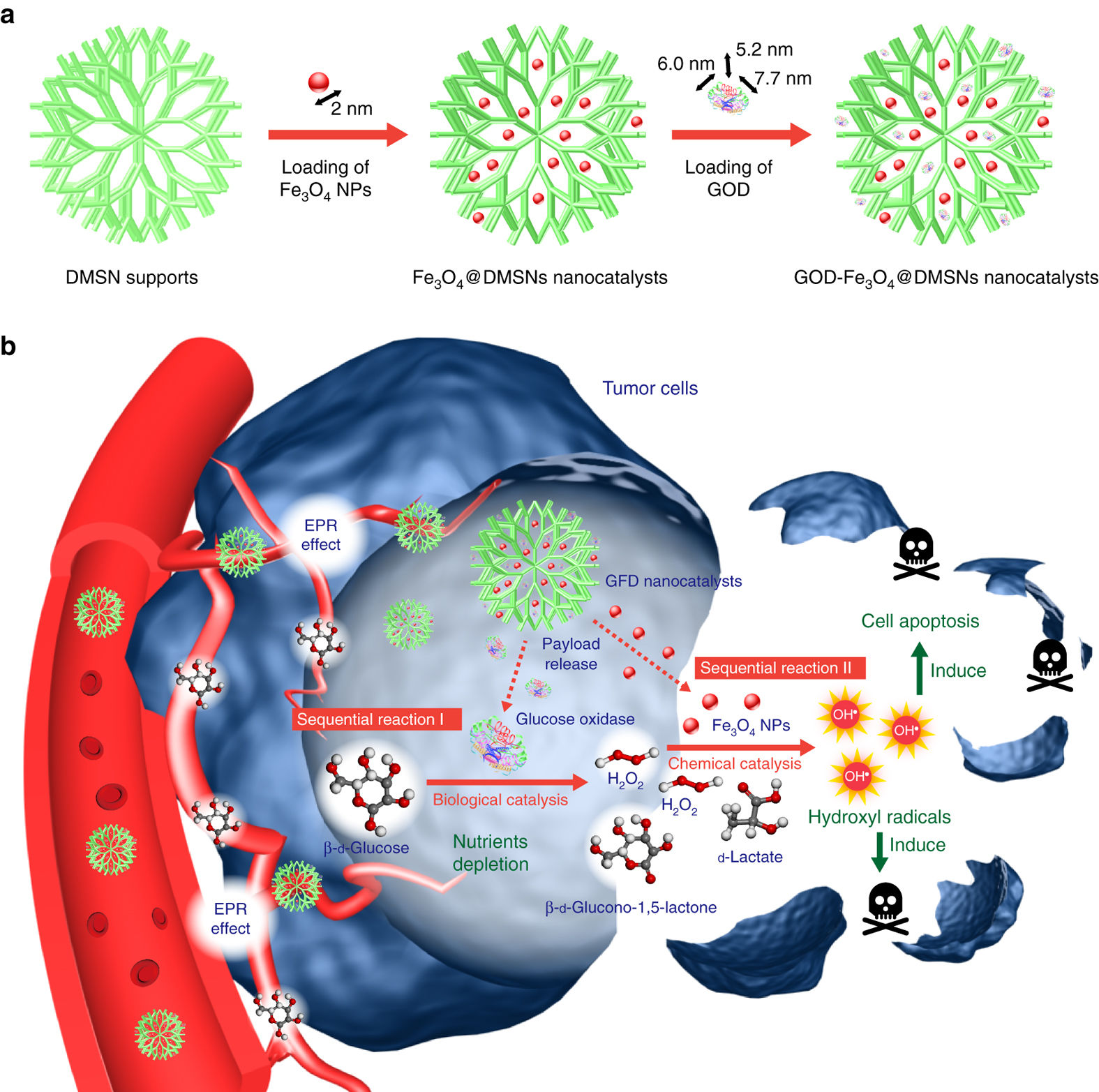 Tumour-selective catalytic nanomedicine
Pyrene as hydrophobic dye was used with the guest molecule loading of (CPyNs) and Ibuprofen was used with the guest molecule-releasing test as typical hydrophobic drug. Micelle templating in oil/water emulsion is used to prepare poly pyrrole nanoparticles with controlled diameter and CPyNs with 3 different sizes (55, 76, and 99nm) were the product successfully obtained by carbonization of the polymer precursors.
Carbon Nanotube Carbon nanotube
Because of the unique physical and mechanical properties of carbon nanotubes (CNTs), it has gained a lot of attention. CNTs is very useful in many fields such as; Electric nano-conductors, Li ion secondary batteries, Field emission source, electric double-layer capacitors, molecular sieves and fuel cells. Since CNTs are stable, non-expensive and highly porous, it is recently used to adsorb hydrogen. Hydrogen is considered as an ideal energy carrier which will be very useful in the nearest feature due to its high energy content and non- polluting nature.
References
1
2
3
4
5
#steemstem #genesisproject #ocd-resteem #stach
3 years ago in #stemng by sheglow (49)
$8.33
51 votes
Reply 1

Being A SteemStem Member
$0.88
2 votes
Reply