Electromagnetic and Electrostatic:Working Principle of a Speaker

You should have listened to music before either in a car, on the street or inside the house. This would not be possible if not for electric sound making machines called speakers attached to many of our household devices like Televisions, radios, mobile phone, computer, intercoms, electric toys etc.

It will be highly significant to know the sound basics in order to understand what a speaker is. What we must know about sound is how it is been produced and how human hear intercepts it.The best medium through which sound is transmitted is air. Vibration of an object in the air produces what is called a sound. This vibration results in to disturbance of the surrounding air particles. The cycle continues by transferring the disturbance to another set of air particles. 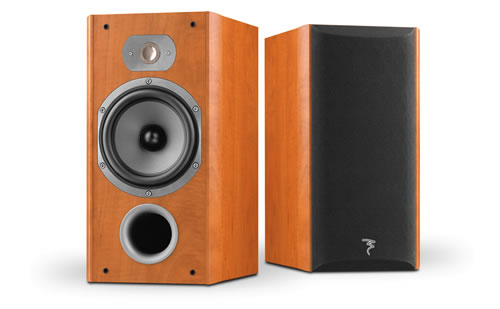 For instance, ringing of phone is noticed even if one is far away from the phone by the disturbance of the air particles and this travels further and further. The air particles strike our eardrum when it reaches our ear. The vibration of the air particle sends signals to the brain when it strikes the ear drum. The interpretation of this signal by the brain results into pure sound and by this we can hear. The difference in the air pressure that strikes the eardrum accounts for the difference in each sound produced.

Two parameters that are to be considered when the sounds are being intercepted by the brain are;
The sound speed
The sound loudness

Parts of a Speaker Diaphragm (cone): It pushes air in and out as it moves in and out and then make sound.
Dust cap: It protects the coil from dirt and dust.
Surrround: It a piece of either foam, elastic rubber or textile that is used to flexibly fix the cone to the outer frame.
Basket: It is the sturdy metal framework in which the speaker is built around.
Spider (suspension): It is a flexible support that holds the coil in place as it moves freely.
Magnet: It is made from powerful neodymium
Bottom plate: This is made of soft iron.
Pole piece: It concentrates the magnetic field produced by the voice coil
Voice Coil: This is the coil that moves the cone back and forth
Former: It is a cylinder of cardboard or other materials on which the coil is wound

Working Principle of a Speaker
Translation of electrical signal into a pure sound is made possible by speakers. A plastic, paper, fabric or lightweight metal cone exist at the front of a speaker. To the outer of the circular rim of the speaker is firmly attached the outer part of the cone.

The inner part of the speaker is firmly fixed to an iron coil (Voice coil) which is in front of a permanent magnet. The iron coil is referred to as electromagnet i.e. a metal in which when electric current flows through which creates a magnetic field. 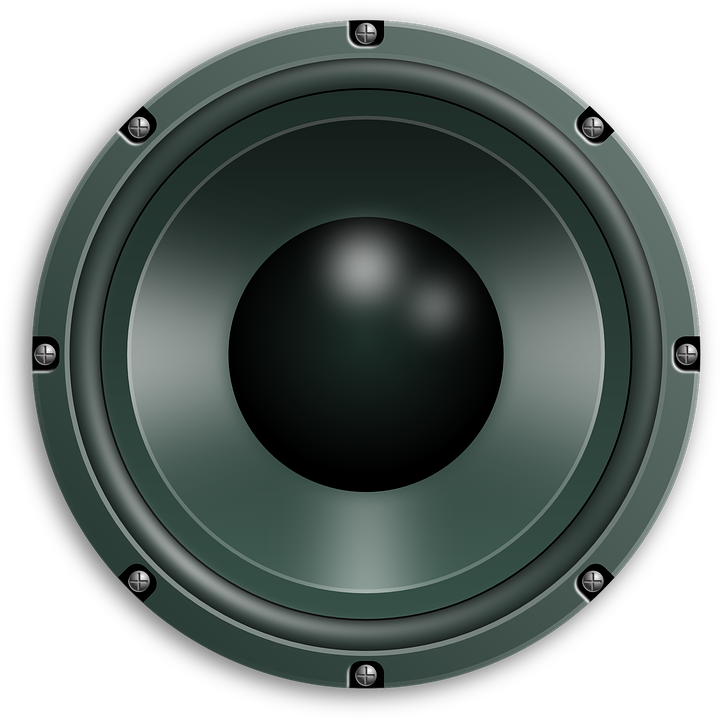 When the speaker cone vibrates very fast or hard, the speaker plays loud and plays soft when the cone moves slowly. Thus, louder sound is generated when the cone receives greater electricity pulse and sending of small electric pulse into the cone of a speaker results into soft sound.

Low frequencies are better produced by big speakers that possesses large cone (also known as woofers) because they move slowly while small speaker with small cone are poor producers of low frequency sound.

Making a Better Sound Out of a Speaker
Movement of cone is not the main determinant of how the speaker sounds. The plastic or wooden cases in which they are built in also makes them to sound better. This is a replica of what happens in guitar. When the string of a guitar vibrates, the air in the wooden body of the guitar also vibrates thereby, amplifies the sound of the strings and makes it loud adequately for hearing. Without the production of resonance between the speakers and the cases, the hearing of the sound will be hardly pronounced.

Sound waves are discharged out of speakers in all direction but speaker cone sound waves could only be heard when it travels through the air in the room. The sound waves produced by the speaker are bounced off the wall, furniture and floors of a room and in many ways interact. An empty room will always sound differently from a furniture filled room when the same set of speakers are involved. A kitchen or a bathroom filled with lots of hard materials will sound different from a living room filled with soft furniture and rugs. With this, there is vibration of air in front of the diaphragm. Because of the low mass of the panel, it quickly and precisely responds to audio signal change. This results to reproduction of accurate sound. Electrostatic speakers are not good at producing a sound of low frequency. Because of this, woofers are paired with the speakers to boost the range of its low frequency.

You can understand this topic better by viewing the video below. Hope I am able to code it well