The Einstein's energy equation is a very popular one but I am sure many does not know the implication of the 5 character equation. I can say that this is the most famous equation so far in physics but do we know what it really stands for? The equation has been printed on many t-shirts, inspired many movies, has been written about by countless physics and non-physics authors even used as memes, yet the equation "appear" to be the simplest equation in physics, just E=mc^2. 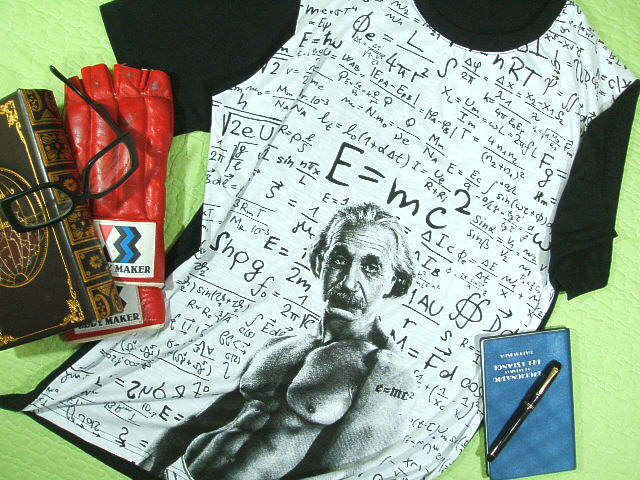 credit: Rakuten
The idea which gave birth to the was first projected by Einstein in 1905 through a paper he submitted to a very old German journal annalen der physic (annals of physics) which he titled it as a question

Does the inertia of a body depend on its energy content?

Finally the relationship between mass and energy was developed through Einstein’s special theory of relativity (STR) where he introduced the mass of a body as a new form of energy.

Why we multiply the two quantities and square speed of light…..
Whenever we convert mass of any matter to pure energy, the resultant energy is actually by definition moving at the same speed with light this is because pure energy is electromagnetic in nature, example light. We square the speed of light because of the nature of energy. For instance whenever a body is moving at a speed that is let’s say four (4) times the speed of another body, the energy possessed by this body is not 4 times the energy of the relative body but 16 times, hence speed has a “squaring” effect on mass. credit: DRC strategies
In a basic term, energy is that property which must be transferred to an object so as to perform work on it or heat it up. Energy cannot be created but can change form. It is relatively a new term as the use dates back to the middle of nineteenth century. 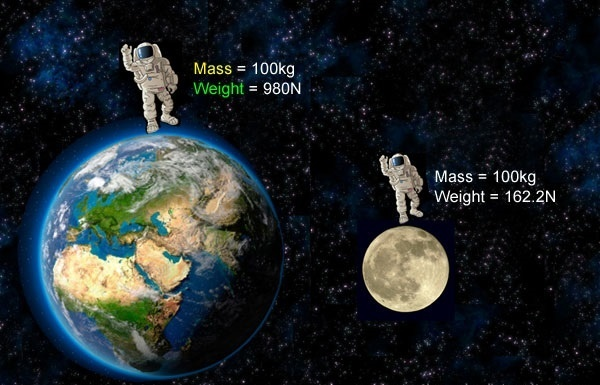 credit: quora
For instance, the mass of astronomers in space is the same with their mass on earth while their weight on earth’s surface is about six times their weight in space. This is because at space, the inertia of the body did not change but the gravitational pull at the space has greatly reduced. Like energy, the mass can neither be created nor destroyed by can change form. We can turn water to from liquid to gas by heating but its mass remains the same. credit: PBS
In physics, the speed of light is denoted by the letter “c” which actually has Latin origin celeritas which means “swift”. It is a constant having an approximate value of 300, 000 kilometer per second and this is the maximum speed any matter can travel in reality according to Einstein’s special relativity theory. Hence the intergalactic movement displayed in the movie star trek is nothing but a mere fantasy as no spacecraft can move faster than the speed of light. To attain the speed of light, a tremendous amount of energy is needed, but once this speed is attained, further application of energy yields no further speed.

This speed was first estimated by Ole Roemer, a Danish astronomer in the year 1670 and his estimation was accurate and in use till date. Before then, physicists assumed that light has an infinite speed (I would’ve agreed with that).

As opposed to the misconception that the energy equation is related to the development of the atomic bomb, Einstein’s formula played a significant role in the theory of nuclear fission. Not necessarily as the working principle but as a tool mainly because energy and mass are equivalent, hence both are different form of presentation and measurement. The sensitive measurement of the masses of many different atomic nuclei helped researchers on the idea of the strength of nuclear bonding though the formula did not reveal why these binding energies are enormous but helped in developing ways of measuring these binding energies. As pointed out below, Einstein played more of a political role than the role of a physicist neither was the formula used in the invention of the bomb.

credit: nuclear power
According to Einstein few months before he died, he aired his feelings about the bomb and he regrettably said;

I made a great mistake during my lifetime… when I appended my signature to the letter addressed to president Roosevelt recommending the speedy development of the bomb; though there was some justification – the danger that the bomb would be developed by the Germans. credit: foreign affairs
Einstein’s major role in the creation of the atomic bomb was appending his signature to a letter sent to President Franklin Roosevelt stating that the bomb be built. This was due to the fact that there was an on-going activity of splitting uranium in a German facility in December 1938 and also the increased German aggression which led many scientists into believing that Germany was developing atomic bomb. Many physicists concerned didn’t have much influence on the then government hence they explained the situation to Einstein and wrote a letter which he (Einstein) later signed. When Einstein was approached by the physicist, he said that the possibility of a chain reaction did not occur to him though he was very quick to understand the concept.

The construction of the atomic bomb proceeded very slowly even after Einstein sent another letter in 1940 to President Roosevelt because authorities thought the development would take a long turn. Well, contrary to that notion, the bomb was developed later following a British report presented to President Roosevelt in 1941 stating that the bomb could be developed within 2 years, just in time for use for the war on Japan.

Einstein’s access to the project was limited by Vannervar Bush who thought Einstein will not be able to keep the project a secret. Einstein’s advice was only sort after when the researchers needed help on the theoretical problems encountered during the separation of fissionable materials by gaseous diffusion.

When the completion of the development of the nuclear weapon was almost obvious, Einstein knew the implications and impacts the atomic bomb would bring and then wrote to Neil Bohr in December 1944 telling him that when the war will be over, all the countries of the world would be in pursuit of the secret behind the atomic bomb which will lead to many preventive wars and to even a greater destruction when compared to the effect the current bomb being developed would pose. I really can’t say his predictions are 100% correct but he is correct to a great extent.

The energy equation has been applied in developing many useful systems in the areas of health, telecommunication, geology, astronomy and many more. credit: adventist health
In medicine, the energy equation is applied in catheterization laboratories used extensively in the non invasive surgeries. With the cath lab, all surgeries no longer need to involve opening and stitching flesh. Furthermore, the energy equation is applied extensively in the theory of photoelectric effect which explains how x-ray interacts with matter. Energy released during photoelectric effect is increasingly in use in power generation. Communication was greatly improved due to the development of satellite. The satellite is powered by the radioactive activities of plutonium. The theory of radioactive decay is applied in the carbon dating of materials.

Eistein really genius, Thank you bro for this sophisticated article.
it's unfortunate world are being killed by bomb mentioned by Eistein

Good post and well put together, though I do have some points of contention I would like to throw your way.

"In a basic term, energy is that property which must be transferred to an object so as to perform work on it or heat it up. Energy cannot be created but can change form.">>>>>This describes what energy can do, but does not describe energy at all. There is a big difference.

Energy is still relatively unknown which is why the best most can do is describe what it is capable of and not so what it is. Electromagnetism, which as I mentioned covers all fields and frequencies of the spectrum is technically the most common form of energy, as well, it offers us a clue as to what energy is. It is field perturbations, ie; electric field and magnetic fields oscillating at right angles to one another thus suggesting that at its simplest energy is motion.

While it is claimed by the standard model bearers that light is a constant in a vacuum, the truth is that every year they measured it, it would be different. Eventually, through consensus, they decided to call it a constant even though it technically isn't. Light is of course just one thin sliver of the em spectrum, so when we say the speed of light, what we actually mean is the rate of induction of electromagnetism.