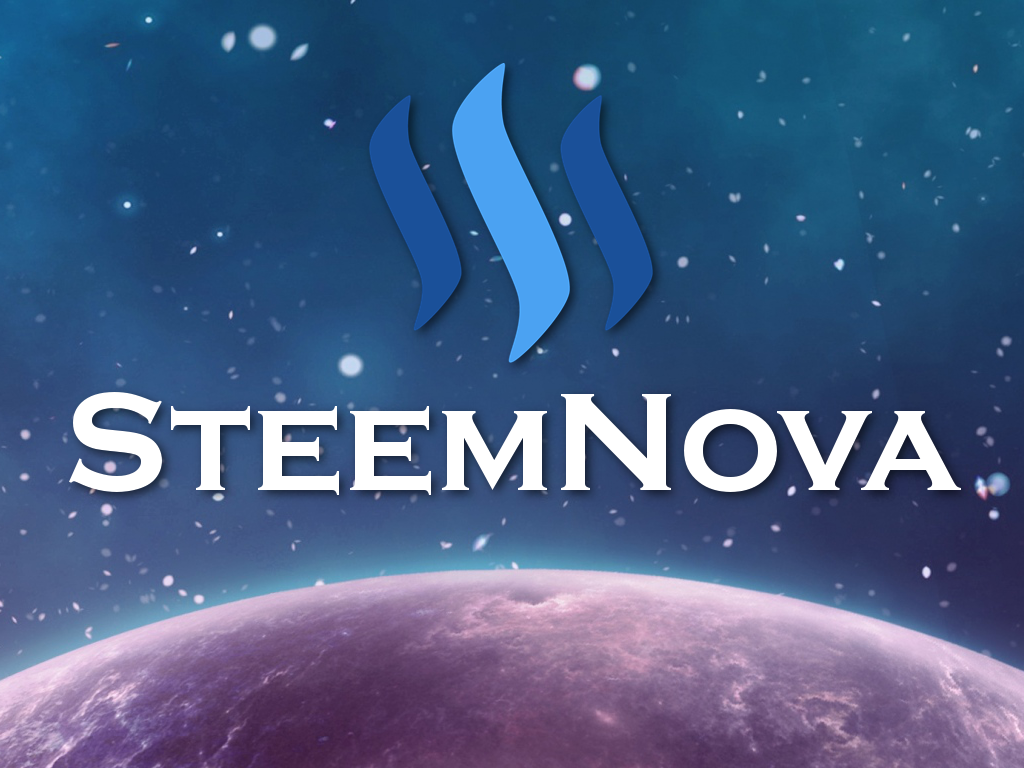 The Steem community grows over time. We believe there are some gamers too. What if we could host Steemian-only game server to compete and socialise? The game where whales and minnows are equal and everyone can earn some Steem/SBD just by playing, hmm?

Here is where we start. @fervi came up with an idea to resurrect old Ogame-like server. The open source browsergame framework he use is 2Moons. @mys is the second member of the team. They both take care of SteemNova project.

The server started week ago. It is a test if engine works good and everying is stable. Steem #polish community were invited to play as testers. Also Wykop.pl community was informed about the concept. For today we have ~50 active players.

Full source code is placed at github.com/steemnova/steemnova repository. It is fork of jkroepke/2Moons for Steem community purposes. By our point of view SteemNova repository is the center of the game. We will give the opportunity to change the game code by Steemians, most probably Utopians as a contribution. There are many things to modify starting from graphics, languages, code improvements up to Steem integration and bughunting.

For now SteemNova is not integrated with Steem in any way.

Our goal is to limit playerbase to Steem users only (right now anyone can register). Maybe with some restrictions eg. required reputation level. This is necessary to eliminate bots. Will we use memo verification or steemconnectv2 framework is still a question.

In our vision best players will be rewarded in Steem/SBD tokens as they play. Probably the "weekly pot" will be distributed to top Alliances in the game in fair way.


Teaming and socialising is the key to be rewarded.

The prize pool will come from @steemnova account and its Steem Power. Would be glad to get some help from Steem whales as delegation, especially in the beginning phase of this project.

Players can additionally earn some Steem just by blogging. Everything related to the game can be story-telled:

The community decides about the payment of authored post by upvotes.

#steemnova is our primary tag for above purposes

Currently the SteemNova project is authored and maintained by @fervi and @mys. @fervi is server owner and game administrator. @mys has created github project and will maintain the code and Steem integration. They both own the keys to @steemnova account.

Playerbase consists of #polish community right now. By this announcement the game is open for anyone interested in play. "The Steem must flow"

If you are new player - write to Barbarossastudio [1:1:8] for free 2500 metal and crystal. For Galaxy Fleet!
This is my personal giveaway for players

I just sent resources too all who asked for them :) Enjoy!

That's great of you, thanks!

I will as soon as I figure out how to send messages, lol.

Check in statistics (barbarossastudio) or in the galaxy (1:1:x)

Trying it out at the moment. Please make it enforce https :)

This could be really great if you could integrate the steem blockchain more than just by offering price pools to the best players. Maybe make steem the forum for the game, do something like @steempunksnet is doing.

That is a great idea!

I have a suggestion also..can we make old-school game like Gunbound concept?

I never heard about that game :O It looks like Worms. Completely new to me.

Awesome interface! I just started playing and can't wait for the updates and integration of steem.

I think a nice good first Steemit integration would be:
An SteemNovaBattle account which posts at #SteemNovaBattles each time a battle is going to start "X sends y ships to z for a battle" it might contain some information about defence and chances of winning.
After 7 days it would then check who won and pay out the share of the rewards of the post to the winner of the battle.
(Might only announce close battles and not whale against minnows).

This is interesting idea. Doable by simple bot and would reward the winner.
Would mobilize players to interact each other.

Yeah it's easy and fast to code, and would also bring you some more attention.

In addition - you should totally Utopian this.

Last note: if you set this up, and it works, and I get addicted again? I totally blame you. :P

The game is gonna to be reworked for our needs. Some old bugs occurs also :/
Totally Utopian-able :)

This would be a great game !

What do you mean? I think it is readable (like in original title). If you don't understand game (it's your first time or something) you have FAQ (on left side)

I think the whole GUI could be all a bit bigger. The menus in general are quite small.
They could need some css love =)

Agree, the css should be modernized. Especially to mobile devices screen.
Be aware that this engine is 10+ years old ;)

this sounds awesome i played ogame a long time ago before redesign and just loved it <3
your idea is just awesome guys so keep going i'm gonna join your universe :))

Yes! I got some STEEM/SBD to help with development..

Oh, i look forward to give this a try after work today. What a nice idea! Thank you @steemnova!

@peppermint24, look here! Something for you, too! I think we talked about this, a few days ago, right?

Who is trying this out? let me know i will give you an upvote and follow!

Welcome to steemit. I hope you like it here and keep posting. :)

Great idea. I didn't know steem blockchain can cover even a game. I think it's time to review steem code on github to get some knowledge.

The possible uses are amazing.

We have some games on blockchain - Steempunk for example ;)

oh hello, I love your presentation, it's very interesting. I am also new on this platform, if you like you can take a look at my blog;) I'm following you. thank you very much.

It would be nice to connect it to steem.
Ticks are every x blocks.
One can verify its steem user just like with the ginabot.
Everytume you get downvoted, your mines are raided a bit.. Upvote would maybe give you some metal crystals etc.
Because right now it is just another ogame. Not connected to steem.

True. We working now to fix some bugs and use steemconnect to integrate steem users directly into game

Looking forward.
The last game of this type I played over 15 years ago.. :))

I will join.
Thank you for sharing the information.
Peace

Wow, this platform is really starting to grow. Gaming is my hobby since many years now its available on a platform like steem it can help to kill some boredom.

What an amazing innovation!!

If you are new player - write to Barbarossastudio [1:1:8] for free 2500 metal and crystal. For Galaxy Fleet!

I hope the next remake one will be Travian server.

Maybe in the near future ;)

Hello Welcome to steemit. Hope you will have a great time around.

That's great! I loved browsergames. Now I am excited to start again.

Hello Welcome to steemit. Hope you will have a great time around.

An interesting concept that I look forward to watching grow. I am a new user here on #steemit but already I can see many innovations coming from this platform and #steemnova is just one of the ones I see help strengthen this community. 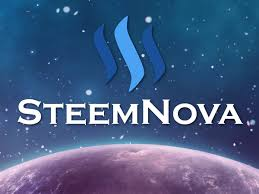 what a great idea ! can't wait to try it

This is a pretty cool idea if executed correctly! Now people can play an MMO and get cryptocurrency at the same time!

Congratulations @steemnova, this post is the seventh most rewarded post (based on pending payouts) in the last 12 hours written by a Dust account holder (accounts that hold between 0 and 0.01 Mega Vests). The total number of posts by Dust account holders during this period was 14166 and the total pending payments to posts in this category was $3870.58. To see the full list of highest paid posts across all accounts categories, click here.

upvote me for no reason !

Am i doing something wrong?

I don't see Your message

Fixed, thanks, i always enjoyed ogame, but it was way to p2w, going to give this one a try.
I will see you in battle my friend :D 🚀🚀

This version is complety free. Dark Matter you received 100 every 6 hours. (Dark Matter is premium resource, but in our version it's free)

Hmmm that's good. I played yesterday, i liked the game, i get that "ogame" feel which is a good thing, you guys just need to improve the ui a little, it's not very eye appealing, and the star system and galaxy system UI also needs some improvement, ogame never got this one right either.
Also if you guys also want to see other space games that you can take good ideas of i would say astro empires is also a good bet, i played it for a while and i enjoyed it very much.

Pay to win? Every game these days has it. Even steem.. :))
You could implement it and make some SBD with it:)

I think it will destabilize the game. For sure you will be able to buy a small advertisement, but users will all get some amount of Dark Matter (Win - Win). This seems interesting, will have to check it out once I get the time :)

tried the game love it ! Thanks for making it

Hi, looks like a great community idea. I just started playing the game, just to get involved. I could not find the github page started by @mys . I looked for it in the 2moon github page. Can you point me in the right direction? Thanks!

Signed up! From what I can tell, its similiar to tribal wars type gameplay?

Well, I didn't play in Tribal Wars, but my friend does (10 years ago) and he said "They are totally different".