The Gift Economy on Steemit

Have you heard about the gift economy? 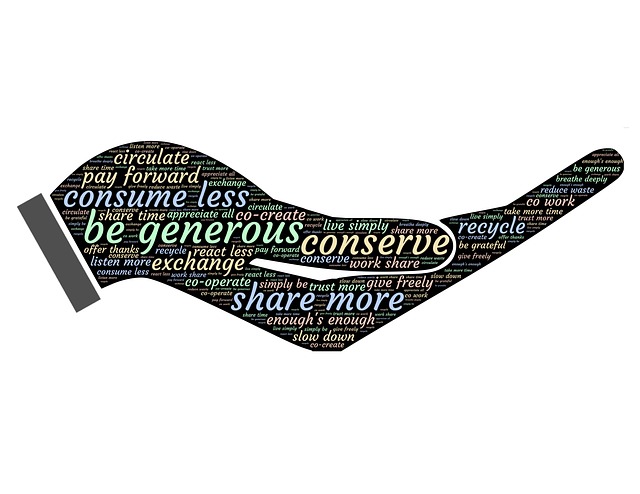 Even if you have, I'm still going to tell you about it.

The gift economy is a sort of exchange, where valuables are given without a mandatory need for exact reciprocation. It’s an economy which focuses more on building ties and community, rather than the divides and scarcity the free market entails.

The gift economy is sometimes called nature economy. It was brought about by the sense of reasoning that we are all connected some way or the other with some form of exchange going on within us, our interdependency, and need for each other- one way or the other, making up the bigger 'whole’.

Yes ignored...I was metaphorically speaking. For illustration, say the stomach and the teeth get into an argument about who does the most work and inherently deserves some sort of reward, and the latter in a bid to prove its point goes on a chewing-strike (no food until the former accepts defeat).

Which would suffer the most?

Not which, who, because now the whole body is involved, and all parts would suffer their equal share of malnutrition or possibly death.

Who also remembers that argument the sun and the moon had in those good ol’ folktales about who had the most influence?

Now, interdependence is one part of the equation, acknowledgement of it is another, and appreciation is closer to both and essential for the balancing of the equation.

The gift economy works in such away that connects people with the social aspect of their communication. And has certain basic rules it follows.

It aims at a situation whereby people show appreciation for others, and reward them with gifts selflessly, expecting no compulsory reciprocation of their gift.

With money being a none necessitated form of exchange.

People are drawn to the otherwise neglected trails of thoughtfulness to those around us.

Here is a vivid example by @Ghulammujtaba

Imagine you go to a coffee shop, drink whatever you want and in return, you don't have to pay anything, no bill, no tax! Next time, you go there, you see the owner holding a utility bill in his hand making some calculations if he would be able to pay the bill this month! You have been drinking coffee in his shop from a long time, so you think that this is the perfect time to return his favors! You take the bill, go to the bank and pay it! Sounds stupid, right? But this is the same thing you have been doing with your parents, siblings and friends, so why not showing the same gestures to someone who needs the same help? Yes, I agree that we won't be able to such a harmonious system in our lives, our corrupt governments won't let us live in peace and obviously, there are many people among us who may not accept this economic system but can't we implement the same in our daily life, like on a small scale?

Now you've heard about it, guess what?

The gift economy now exists on steemit, and you have a chance to be part of this revolution.

This project was formed on Steemit by Ghulammujtaba also a minnow (definitely a whale inside) for steemians of all categories, but focuses mainly on undervalued minnows.

Each week, a star is selected from our steemit sea of fish, and is appreciated for his/ her effort in developing the steemit ecosystem.

He/ she is awarded with 5sbd, and the payouts for that week.

Based on the facts I stated earlier, everyone has a role to play and a part to carry out to make a complete whole.

And each week, a newly-discovered steemian is celebrated and appreciated for it.

You could be the next.

But here's what you can do in the meantime, you can support this movement. Your vote, comment, resteems, word-of-mouth is necessary and vital. Every effort you make in publicising this counts, as this needs to get to as many steemians as it possibly can.

As I expected, wonderful writing @debbietiyan. I saw your post yesterday on mobile but was busy, so couldn't reply! Just read it and it's awesome! Keep working with consistency here, you will grow here for sure!

I won't lie, it's so hard to be consistent when there's little or nothing to show for one's effort. But I promise not to give up!

I won't lie, it's so hard to be consistent when there's little or nothing to show for one's effort.

I know how it feels, I went through this situation 7 months ago but believe me, I cashed out more than my monthly salary in December and January! You just have to invest your time and don't think about the money stuff for the next six months! I did the same!

I have so much hope for steemit, and cashing out really is the last thing on my mind now. It's just I have other offline engagements shuffling, and I have to straighten out my priorities

I guess I need to challenge myself.

I like this. I like this very much, but then again given the brilliant style with which you wrote this anybody would love it.

Thank you so much for your support. You're amazing!

I’ve written about gift economy before. The idea was introduced to me througha book called “the man who quit money” and I’ve met many people doing pay-what-you-want since.

You're doing your part, and that's great. Hopefully too, as each one of us picks it up, others get to see how much it affects our relationship with one another and the long term results; community-building wise.

Hi!, I´m interesting on Gift Economy. This is how we will end terrorism and poverty and create a sustainable society. Facilitating access to the abundance we now have with Money-Free networks and raising awareness about it by sharing this message with everyone. Take a look! https://docs.google.com/document/d/1vilnZIJsKZTAxEOm-zyVBT7NeVlFbmomZXezHtQsZi4/edit?usp=drivesdk

Yeah!, this is how we will end terrorism and poverty and create a sustainable society. Facilitating access to the abundance we now have with Money-Free networks and raising awareness about it by sharing this message with everyone. https://docs.google.com/document/d/1vilnZIJsKZTAxEOm-zyVBT7NeVlFbmomZXezHtQsZi4/edit?usp=drivesdk