Consistency is the key! A simple curation guide to earning STEEM and SBD riches. 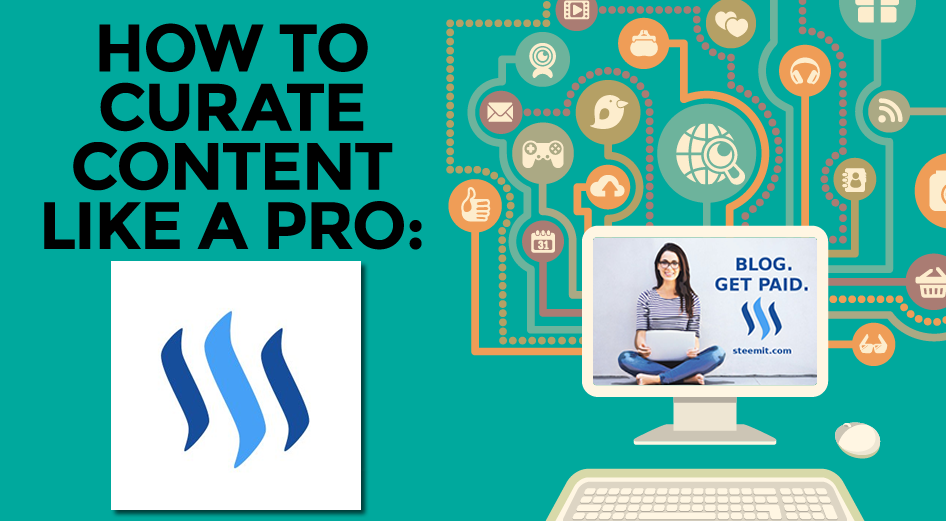 Many of us tend to get carried away and focus mostly on creating only new posts at first. Today I would like to cover a few simple curation points that will help any steemian create a consistent long term income on steemit. By simply being active for maybe an hour or so a day, you can earn decent curation rewards by following a few simple guidelines. Here are a few I have picked up along the way. If you are new to steemit then this post is for you!

Earn by Following and Supporting Curators

My rule of thumb is to support and follow steemians who post content I personally enjoy reading on a daily basis as I am active daily. To earn my up-vote daily all the curators I will up-vote and tend to follow consistently have the same curation reward average of around $150- $350 per post, now giving HF19 that is. These curators have achieved this by either having large amounts of steem power, many followers or just by creating great content. When Steemit users or whoever you are following uploads a new post, Your goal would be to firstly read the post, comment with some substance and then up-vote there post within a 15 minutes period of it being posted. This will allow for maximum curation rewards on your behalf when the post pays out.

Be fast on the draw, I often like to sit and refresh the "New Post" page to up-vote new up and coming posts I read first before anyone else. Just a fun little game I like to play on steemit by myself. This is tricky now with the new HF, you really gotta make them count!!!

Next, If you you are brave enough to venture off into uncharted territory try setting up a bot to automatically up-vote your favorite curators. By @codydeeds here is a great post simple-how-to-setup-a-bot-to-up-vote-your-supporters-posts

Steem Power will increase your curation reward payouts and when you up-vote. With the new HF19 I would say this is very important and exciting time to power-up. For newcomers, when you make a post it is possible to set your reward payout to pay 100% Steem Power. This will allocate all rewards to powering up your account making your influence on steemit greater and your next post more visible. The faster you can power up the more steem you will save and earn it's that simple!

Your votes are precious

You can Only up-vote around 10 posts a day at 100% power after the new hard-fork released yesterday. Keep in mind your votes are 4 x more powerful now. If you vote at full power your up-vote will lose it's value after around ten votes and start to decline in value. Your up-vote is valued in a percentage up to 100% at its most valuable. If you up-vote too many posts in a day, more than ten then your voting power will decrease at a % value. In turn your curation rewards for the vote you cast on a specific post payout will become less. This is temporary and your voting influence recovers again over a period and your 'Voting Power' will recover back to 100% after 5 days if I am not mistaken. 'Hidden' stats about your account or another account can be found by simply visiting www.steemd.com/@your-user-name-here

If your new on Steemit, it is recommended that you do not up-vote your own posts at first. Instead save your vote power for the users you follow who generate good consistent money on their posts. Once you get more Steem Power after saving like crazy at first, then you can start to up-vote your own posts. Then your up-vote basically becomes worth something to you or your own account.

Also to mention, by being new to steemit and choosing to 100% power-up you are greatly helping yourself as well as the steemit ecosystem by holding token and increasing your influence. I am looking forward to all comment, questions or corrections if I have made a mistake.

Thanks for stopping by and happy HF19 steemians.

Great post, very helpful to new users. At first i was only worried about my post until i found out that i can gain by upvoting great content until my power is built up.

This was really helpful thanks. What do you mean by : "To earn my up-vote daily all the curators I will up-vote and tend to follow consistently have the same curation reward average of around $150- $350 per post"? Do you mean you only upvote people who earn that average per post? Many thanks

Basically I have set up a steemit bot to automatically up-vote specific users. So yes my bot updates on those specific users which i have selected and that earn around that much per post on average. This gives me a consistent curation reward on there posts because they earn consistently and mostly have lots of followers.

Oh that's a good idea. Thank you for the explanation. Appreciate it.

Happy to help please let me know if you have any further questions.

Will do...I am following you so I am sure I have lots of other questions :)

Sorry, this link does not seem to be working:By @codydeeds here is a great post simple-how-to-setup-a-bot-to-up-vote-your-supporters-posts.

Hi sorry about that not sure what went wrong but I have updated it and it appears to be working now.