Powered by Graphene's Blockchain, Steem was designed to be a decentralized Social Hub that rewards individuals for their
Posts, Comments and Votes Since the early days of the Internet, there has been a constant movement of people, from mailing boards to Myspace & now Facebook, it seems like Social media is constantly changing over time and people are starting to see the profound impact it has on Society, hence why some of these Corporations are worth billions because they've successfully developed platforms that usually provide some sort of free service used by millions if not billions of users

Although Facebook is one of the biggest companies around today, the likelihood of finding your mom, dad & friends is pretty high but there seems to be growing concerns about Facebook's future since it's a Centralized service where we can only accept what Mark Zuckerberg likes the most. More complaints regarding Facebook’s cooperating with Government on censorship of free speech, personal data being sold to private Businesses and monetization of Advertisement targeting all of its users. Unlike other sites that bombard you with advertisements, Steemit does not rely on monetizing its website nor are they interested in selling our online identities to make a profit. Plus it’s a Decentralized platform! Meaning that you can post want you want without having to worry about censorships - if you’re interested to know about this check out my previous Post: The Reason why Steem is deemed a Decentralized Blockchain that stores Metadata submitted via Steemit or Third-party Applications Those new to Steemit are given a portion of Steem when they sign up, so that you can begin curating content, this allow’s someone to add more value to ‘’published post & comments’’ by curating content they feel should be rewarded from Steem’s Reward Pool. Most of the newly minted Steem is allocated to content producer and used as a incentive to reward others for their social interactions since users have a greater chance earning Steem from Posting . Individuals who initiate or improve the quality of discussions, through persuasiveness, clarity, grammar and formatting, are likely to be rewarded appropriately.

Just like on Facebook & Reddit, people can upvote Posts, Reblog & Comments while it’s free to do so on Steemit, users are actually distributing newly minted to those they feel should deserve to receive it 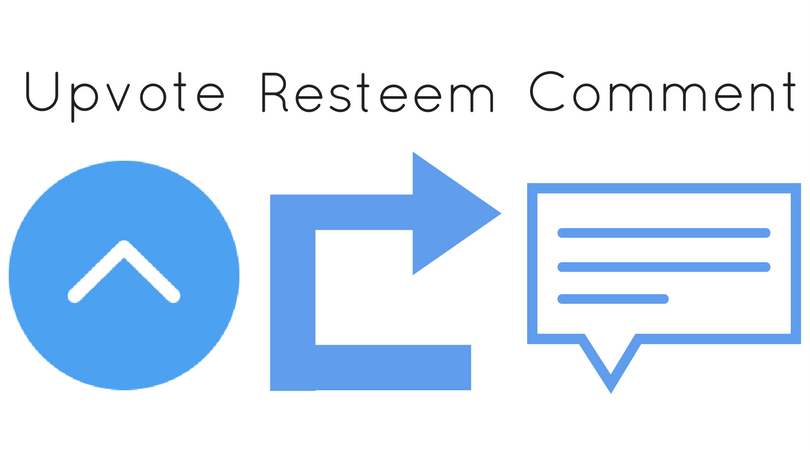 Just know that a so called ‘’Blockchain’’ can be used for other things than just being a medium of exchange that only represents financial value! Anything posted on Steemit, Busy.org & Chainbb will be uploaded on to Steem’s Blockchain which will host the data using the latest state of the art Cryptology. Perhaps, we finally have a Social platform that acknowledges Social interaction, but what makes it so different from existing Social Medias is that the Developers wanted to involve more intrinsic value, this is done by issuing a sort of in-game currency that derives its value from those bootstrapping it

Steem, has no Transaction Fee’s and consists of a lightning fast network that makes this ideal Cryptocurrency for mass adoption while the distribution of its Token is done through a unique voting system in place that let's user ultimately decide what add's value to the entire Network

If you were compared Steemit to a modern day established Social Media, it would somewhat be a mixture between Medium and Reddit, just that users are paid for voting and posting using new Smart Contracts backed by Steem such as Steem Power (SP) & Steem Dollar (SBD) Perhaps Steemit addresses the difficulties of growing a new social media network and bootstrapping a Cryptocurrency by combining them together. Currently valued at around $0.85 per unit (16th July 2017) and with millions paid out so far, Steem tokens are being distributed amongst those who are currently engaged on it's Platform

So how, does someone earn from Steemit and what exactly the idea behind ‘’Social Mining’’?. Social Mining. Not to be mistaken with Social Media Mining, in this context it derives its meaning from the traditional method of mining digital assets or cryptocurrencies such as Bitcoin within a blockchain.

When one mines a Cryptocurrency like Bitcoin, they use their CPU and/or GPU (extensively) to solve complex mathematical equations to verify the Blockchain and reward miners which thus “Mines” fresh Bitcoin into the Bitcoin ecosystem. Now what about Social Mining?

In this case we can also call it Steem Mining. Steem has a rather unique offer and ecosystem with a multitude of things packed into one. The main idea is to provide an alternative to traditional social media platforms such as Facebook and Reddit. As we know, users are incentivised to participate on the platform as they are rewarded for contributing good quality content or by helping curate articles via rating quality content from other users

In its essence, posting quality content earns you money!
Well, that’s a rather watered down explanation. You are essentially part of a very big, long term investment project. One who posts earns Steem Dollars; and that can be converted into “Voting Power” which is considered a long term investment into the Steem platform. OR one can “Power Down" and receive Steem payouts with in turn can be exchanged for Bitcoin, and then to Cash!

With Social mining, you invest your time, effort and brains

There’s absolutely no need to put down a dollar to invest and earn. All you need is a decent computer/mobile and an internet connection with great content to share with, one can “Socially Mine” Steem, rather than pay for it. I'm thankful to Steemit Inc founders for making social media/blogging easier and a great way to earn valuable crypto asset like Steem. Rewards are too low right now because of the market situation but Steem has a great future I believe.

Please have a look at what I have created for the community and how much money it could bring in to Steem if people get to know how to buy Steem from crypto exchanges. Please help me spread the message by resteeming it. Thanks

"Almost all of the Cryptocurrencies issued out today depend on the Miners & Stakeholder support, however, Developers behind Steemit wanted to change things up a little by altering the way a Cryptocurrency is distributed."

I disagree with this quote. Although it does seem like Steem is mined by publishing articles, it really doesn't work like that. The coins are STAKED as in "Proof of Stake" algorithm, which (in my opinion) is superior to the original "Proof of Work" algorithm which is employed by the OG crypto Bitcoin and others (such as Litecoin, Dash, etc...)

This was important to note so that people don't think Steem is a scam that makes money out of thin air, which it certainly isn't. Potential investors really have to understand how the payments are processed and where the money comes from. Everything else makes up for a great post, well done!

Yeah, I'm fully aware with how Steem get minted into existence. The goal of the post is not to mix up people, so i think my quote is not really wrong or right, since it doesn't clarify how Steem are minted. Just stated how the Developers changed things up by how the Cryptocurrency is Distributed. Don't want to get all technical when i was highlighting the concept behind ''Social Mining'' but definitely for those who interested, I would definitely recommend getting a better technical understanding to how Steemit works, check out some of my previous if so

It's a fact that Facebook and others big Net companies accumulate gigantic wealth thanks to their "free" services ... (and when it's "free", the customer is the product).

Are we doomed to be controlled by these big companies ?
The Steemit story proves there is still hope to awake the mentalities ... but also there is still lot of work to educate !

Your posts are always top class. Thanks for your work and for the information.

Great post that all can benefit from it, espessialy the new users. Thanks for the effort to make this!

Thanks for sharing! A link to your post was included in the Steem.center wiki article about Resteem. Thanks and good luck again!

Congratulations @steemitguide! You have completed some achievement on Steemit and have been rewarded with new badge(s) :