Starting this week we will be rolling out a new update to the Shadow Ranking system which will ensure a much easier and fairer system. No one will be downgraded during this process!

We will be doing a one time manual adjustment to prepare for this upgrade. We will only adjust accounts UP, no one will loose any ranking!

This adjustment will help those whose accounts have not been given the proper boost the past few weeks as we have been working on the re-adjustment algorithm!

The original concept of Shadow Rank and the metrics used to calculate it have drastically changed over the last 2 months as we made big core changes that resulted in the ranking metrics no longer working properly over the long term. This is why we are providing the one term boost to those who deserve it and rolling out the new re-adjustment algorithm this weekend in our next release!

Thanks again everyone for being part of this project, expect the boosts in the next day!

Hope I will get some boost in my rank. I think it didn't change since I joined.

Thanks for being a member! Take a look: https://steemit.com/steemit/@shadowbot/shadow-ranks-have-been-boosted-take-a-look-at-where-you-stand

Eagerly waiting for the update. I just upvoted and follow you, please join me too @ arpitpaliwal

Thanks for doing what you do!! #teammalaysia

Thanks for being part of this!

Been with @shadowbot eversince :) Thanks for the hard work behind everything.

Yes super close! We are rolling out a bunch of new features! The biggest thing is powering up and getting people aware of us! Thanks for being part of this project! If you have any other ideas feel free to post them!

Sounds good! Best of luck and hopefully this will be a smooth process, cheers!

It should go smoothly everyone should see a more fair system as we roll out this one time boost and new ranking algorithm! We have been testing it internally for the past 3 weeks and refining it, we believe it is ready to be launched in this weekend's update!

Appreciate your work! It is helpful for many people in Steemit. When are we expected to see the changes ?

We are working on the roll out for the manual boosts today and the re-adjustment algorithm update will be included in our update this weekend!

@shadowbot Thanks for the quick response! Looking forward to see the changes and other future enhancements.

This weekend is our last minor release for this cycle.

This weekend's update will be the last minor release before the next big upgrade.

We will reveal a sneak preview early next month for the next major release features to expect!

Thanks for being part of this project, as always be sure to provide us with all your feedback since that is how we refine the system as we grow!

Any updates to the UI of the shadowbot.us ? (Just Curious)

No all UI/UX updates are in our next major release (Tartarus) scheduled for November 15th.

This post has been ranked within the top 10 most undervalued posts in the first half of Oct 25. We estimate that this post is undervalued by $119.47 as compared to a scenario in which every voter had an equal say.

See the full rankings and details in The Daily Tribune: Oct 25 - Part I. You can also read about some of our methodology, data analysis and technical details in our initial post.

@shadowbot We are so happy that u r constantly working to improve the system. I am feeling lucky being a part of this.

You are great @shadowbot, keep up the good work! I really enjoy being part of your community! :-)

i am really enjoy as part your community. thanks

Love your work @shadowbot! Thanks for being a massive bot legend!

Has anyone noticed any update in their Shadowbot account? Rank improvement maybe? :)

Awesome! This is great news, thank you so much for taking care of SB caster experience! :)

Glad to have you onboard! Keep up the great work everyone!

You are really improving your program and I think it would be even better if you had an on off voting button in the settings. where as my account has voted many times when not optimal and it has taken too long for me to reach 100% voting power. of course with this option it would be expected that the shadow bot would also not vote or resteem the users account until voting was turned back on.Please keep up the awesome work @shadowbot. thank you.

Yes our next update #Tartarus expected for release November 15th will roll out a bunch of new features and settings that will give a lot more control to Casters over how ShadowBot manages their account! Thanks for the input! 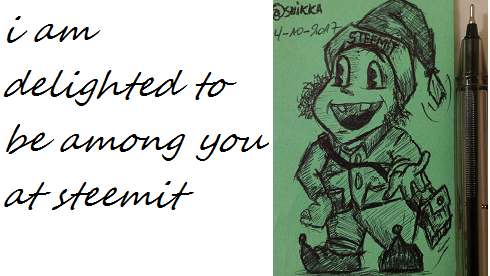