With 38 000 Steem Power now we have another flagging account. I suspect it's @berniesanders, because he also started flagging at the same time @yougotflagged was created. Be prepared! 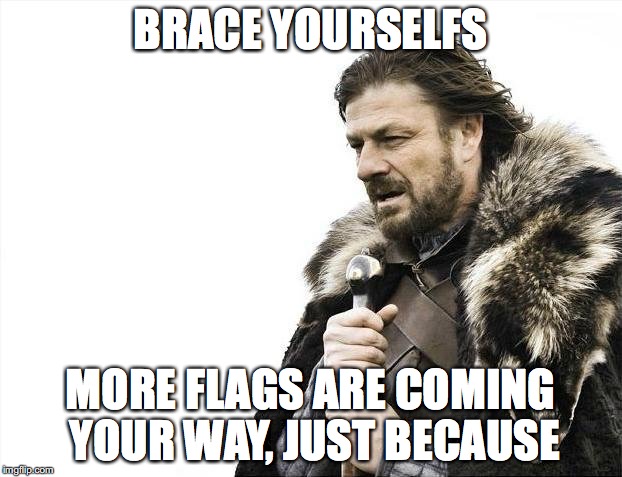 It will be fun, they said.

Flagging is a bad thing.
It should be removed from the code.

There will always be ways for people to troll and abuse the platform. The downvote is just a tool, it can be used abusively and it can be used to curtail abuse. There hasn't been a proposed solution which would curtail other kinds of selfish voting as the downvote does. Removing the downvote also removes our right as stakeholders to oppose a payout.

There will always be ways for people to troll and abuse the platform.

We have trolls on every social media, we have to accept them and realise that they are just a small part of the online communities. They are not going anywhere.
I'm not sure what is the motive behind the new account is. I don't think it's trolling, I think it's something else.
Remember the experiment by @abit was motivated by the unfair distribution, not to troll.

Yes. And inappropriate flags have been countered, or other users have at least tried to counter them as well as they can.

What I meant was - its almost like they are misbehaving just to get people to remove flags completely - then they will have a field day posting random stuff while upvoting themselves and stealing from the reward pool while no one can fight it off with flags.

So no. Removing flags is not a good idea.

they will have a field day posting random stuff while upvoting themselves and stealing from the reward pool while no one can fight it off with flags.

People could still mitigate the harm of the self-votes by casting numerous votes for other, more valuable, posts and comments. By voting for other things, they're redirecting rewards in the pool from the self-vote to something they really value. Besides, a stakeholder should be able to vote for junk, if they really think that's in their best interests. It's just a ranking system. Up-votes only or up-vote/down-vote systems both produce a valid, stake-weighted, ranked list of articles. The main difference is just in the user experience.

That's how it works in the real world. If I don't like one product, then I buy something else. As @dwinblood pointed out in one of his articles, I don't go into a book store and take money out of the register because I don't like any of the books on display. I just move on to a different merchant.

That's a good way to look at it and true.

I was thinking more of the sense that if flags are completely removed, whale X will keep upvoting his own comments/posts even if they have no content and still get a fair % of the reward pool - voting on everything else more won't completely remove the rewards from the abuser - but a combination of both works a lot better.

When I joined Steemit I didn't expect to have the ability to upvote on my posts, because that's cheating. There is no limit to how many accounts one can register. Again, in my opinion, that's cheating when one person can drain the rewards pool with multiple accounts.

With the current rules set, you are right.
It seems, for now, the flag is the only tool to solve the multitude of issues the platform holds.

There will always be some form of abuse, but the question is whether the risks (to the platform) of the down-vote outweigh the benefits. Short answer, no one knows. My guess from what I've seen since last July is that in practice the down-vote does more harm than good, and the deficit is getting bigger as people adopt new strategies for making use of it. Some points:

Good points.
As you mentioned, the down-vote pulls back the potential payout to the rewards pool. It's not like someone personally stole some of your money.
If you are curious how much you actually lost from flags during the last month, you will realize that it's​ actually insignificant, compared to what you earned​.
Go to http://steemvp.com, put your username, scroll down. You will see a list with your most valuable Steemians and how much of the distribution pool they passed on to you. Click $SBD Payout and you will see how much money was put back from you back in the rewards pool from flags. 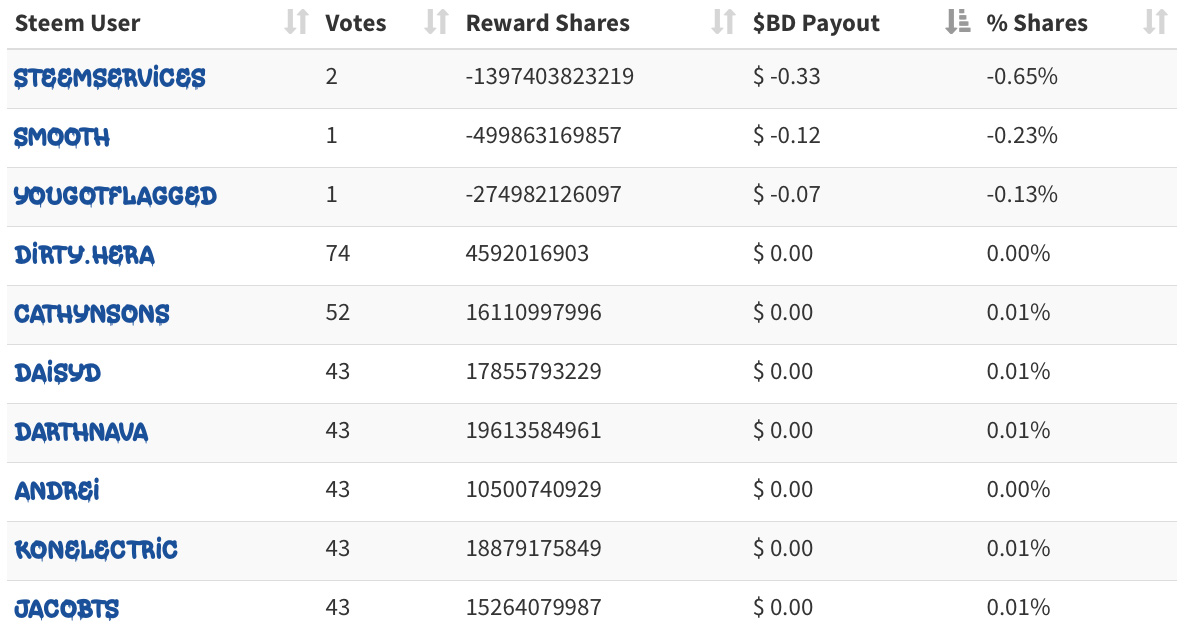 in my humble opinion the flag gives disproportionate power to people who have money. If we MUST have a flag...why not tie it to reputation (for example). One must WORK for reputation...not just buy it like you can with steempower.

So does the upvote. They will be linearized in the future.

The flag is tied to reputation already. The problem is that the reputation system itself is a bit too simplistic, as it allocates high reputation to people who don't really have a good reputation. It is good for hiding bots, but that's about it.

so tie the upvote to reputation also.

I edited my post. The flag already is tied to reputation, but reputation as it is today is a bit too simplistic. It doesn't work for these purposes, it's only good for hiding bots/spam.

Edit: A better reputation system could go a long way to help this issue.

hopefully Steemit will survive that long.

This has been discussed many times on the platform. It's pointless to repeat what we already know.
If the flag gets removed, I'm sure the smart people of Steemit will think of a less savage way to oppose payouts​​ and work on a more fair distribution scheme.
When I get flagged I want to know why, otherwise is just pointless showing off.

I wonder where is @iflagtrash babe hahha !!!

Yap! Looks like but I was happy because my trashy comments got noticed and actually upvoted at 5% . How cool is that To be rewarded for "trash" . 🙄 #just-kidding

Drama on Steemit is golden :)

A diamond in the raw 🤡