most beautiful place in Kutch

Less than 100 km away from Bhuj, this sanctuary is spread over an area of about 7505.22 sq. km. in the Kutch District of Gujarat. This wildlife sanctuary is considered as one of the largest seasonal saline wetland areas.

It has a water depth that ranges between 0.5 to 1.5 m and preserves various species of flamingo birds. Also sight other species such as the greater flamingo, Indian porcupine, spiny tailed lizard, black-necked storks, wild ass and Indian cormorant. The best time to visit this sanctuary is during the months of winters. Also, lying close by is the buried city Dholavira of Harappan civilization which was excavated here, which attracts hordes of archaeologists here from all across the world. Some part of the sanctuary is​ restricted to civilians because of the Indo-Pak International border. This sanctuary is also famous for its flat snow white surface with extensive deposits of salt crystals and it provides a very unique and beautiful view. 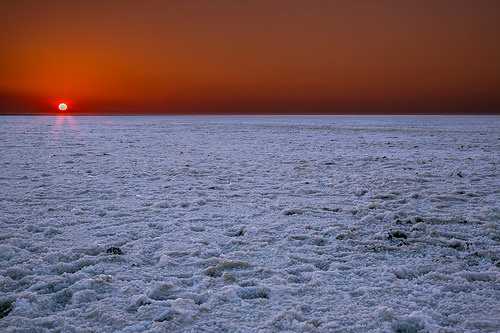 Congratulations @mugdhamodi01! You have received a personal award!