The NSFW Issue That May Ban Steemit In Indonesia - What Can We Do?!?

I am excited and inspired by the opportunity Steemit presents to improve the lives of our poorest populations. To people living on a few dollars a day Steemit has the capacity to change lives. It has been my great pleasure to assist a teenage friend from my village here on Bali to get on Steemit @baligirl and I am now working with another teenager here @chron.

It is my intention to take Steemit to some of the poorest people in Indonesia, gifting them the tools and knowledge to drastically improve their earning potential. My plan is to insist that each person I teach must assist two more friends so the knowledge can spread exponentially. I discussed this plan in my post on the subject.

However the accessibility of Steemit in Indonesia may come under threat because of NSFW content! 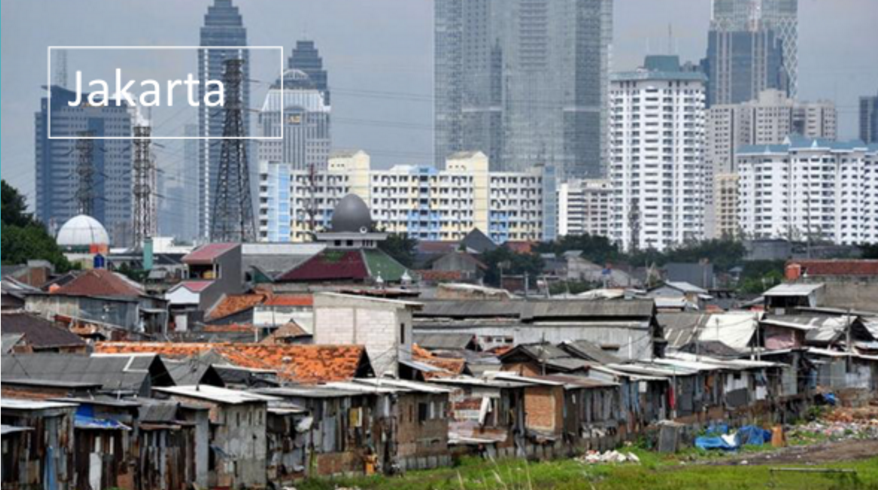 There will potentially come a time when NSFW content may create challenges to Steemit's legal status and accessibility in countries that have laws against this form of content. Whatever happens I believe Steemit should have a plan to address the issue and I would like to raise several points below which I feel are worthy of consideration by the Steemit community. I Believe In Deregulation

I wish to preface this discussion by expressing that I firmly believe in an unregulated Internet. When we have regulation we have other people deciding what we should or shouldn't know. Yes there is unsavoury content online but I believe that those risks are outweighed by the loss of knowledge and freedom of speech. Personally I believe in self regulation.

Perhaps there are ways we can tackle this issue which respect freedom of information but don't prejudice the growing Steemit communities in countries with NSFW policies! 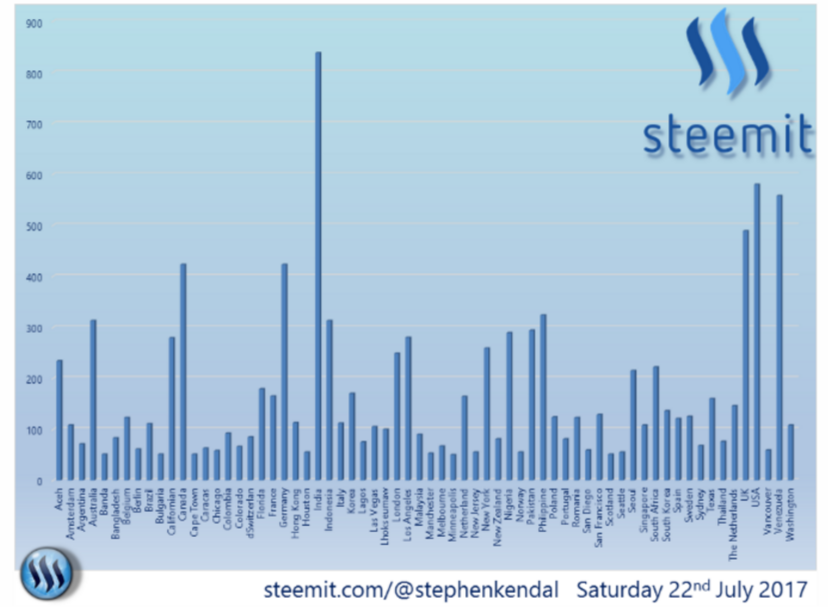 Steemit uptake in Indonesia has been rapid and thanks to the graph above, which I took from @stephenkendal's interesting post, we can see Indonesian users are significant in Steemit's demographics.

This is perhaps not surprising given Indonesia has over 100 Million Internet users amounting to roughly 40% of its population of 261 million people. Penetration of Internet usage is only growing across the country.

Access to websites considered unfit by Indonesia's Communications and Information Ministry is restricted and there are over 800,000 blocked sites. In 2013 and 2014 sites including Vimeo, Reddit and Imgur were censored for hosting content that includes nudity. Owners of blocked sites can ask the ministry to lift the block after implementing changes.

It is possible to access blocked websites within Indonesia using a VPN but a "blocked" status will inevitability restrict Steemit's growth and accessibility. The Laws Of Indonesia

According to the ABC possessing or downloading pornography in Indonesia can result in a 4 year prison sentence. In 2010 the publisher of Playboy Indonesia Erwin Arnada was sentenced to 2 years in prison by the Supreme Court of Indonesia.

Having personally seen a copy of Playboy Indonesia I can confirm that there was nothing in it that I would consider NSFW. It appears the name Playboy alone was potentially enough to incite this response. To say that NSFW content is a touchy issue in Indonesia is an understatement! 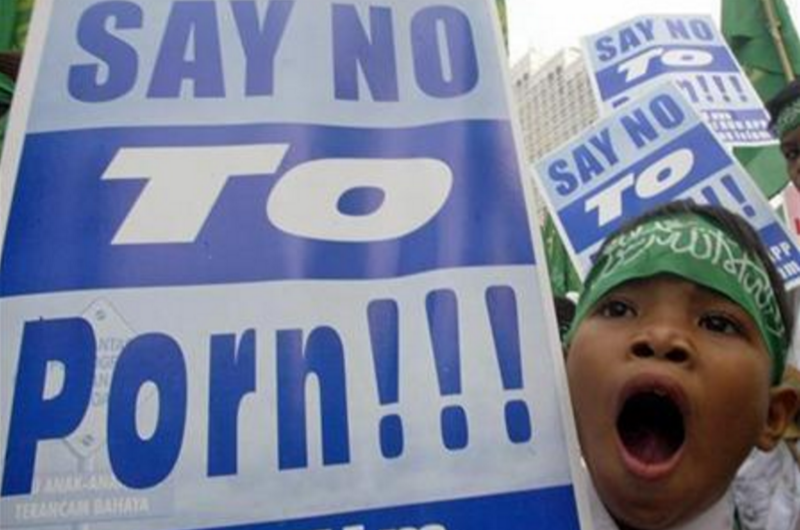 The Issues Hanging In The Balance...

Fundamentally this issue can be broken into two subjects:

Although I believe in freedom of expression, given the choice I would rather see financial liberty for the poor than have access to NSFW content. After all there is plenty of NSFW content available on other websites. I believe that changing the fortunes and knowledge base of the poorest populations will do more to increase liberty than NSFW content ever will! What Can We Do?

If Steemit is eventually deemed unacceptable in Indonesia what will happen? Will Steemit's response be to do nothing, leaving users to access our platform through a VPN? Or is there a solution that can support liberty without prejudicing Indonesia's blossoming Steemit community?

This is a topic I have regularly been discussing with my good friend @samstonehill who recently wrote an interesting post on this subject. The responses to his post were fascinating and below I have highlighted those I feel are most meaningful to this discussion:

I suggest that Steemit should decide on a response to potential restrictions in Indonesia and other countries as soon as possible. It is always better to be prepared and know what your response will be. If the response will be to react then there can be preparation.

Although I believe wholeheartedly in deregulation I am faced with a dichotomy of perspective. I believe in liberty and I feel that it can be achieved faster by financially liberating people than by through NSFW content. Life is full of compromise and this is a compromise I am personally willing to accept to see the lives of our poorest populations improved. It would be even better if we could appease both perspectives.

The ultimate solution to my mind is along the lines of what @jhcooper7 has suggested above. If we could keep www.steemit.com free of NSFW content and dedicate another URL to specifically host NSFW posts then perhaps we could maintain freedom of expression while giving governments no reason to "block" Steemit.

Perhaps this is just wishful thinking. I am not an expert on block-chain development so I would be very interested to hear from anyone who can comment on the feasibility of this solution. I will be overjoyed if a solution can be found and would love to assist in any way possible! =)

I respectfully draw attention of this topic to:

Jockey loves you All! Your approach about dividing the content won't work with how a blockchain system works. You do have another option. Just like programmers developed new apps based on the Steemit blockchain (like eSteem, SteepShot, busy, zappl), you could do that, too -- only your app could filter out all the posts tagged with nsfw. Your app would still connect with the blockchain, so people would see it on the Steemit social platform, and people would still be able to do everything else. And the way Steemit is set up, you and the developers can get a fraction of the rewards for every post made on your app. It would be a great app for content restricted regions.

Other content restrictions would be a lot harder to implement, like political speech. Best of luck -- and I do think you would have a great app for spreading Steemit!

Instead of pressuring Steemit to regulate and police content (which will never happen), why don't you try and pressure the government of Indonesia to change their backwards laws?

Exactly, OP talks about how we should not prejudice Indonesians and proposes discriminating against people who produce NSFW content. People from fundamentalist countries should really refrain from trying to apply their standards to the relatively free societies. We should be moving in the direction of freedom whatever the cost and not making platforms that fit the standards of oppressive ideologies.

Why don't they ban the whole internet while they're at it?

and what next? should we limit criticism of Islam of the platform b/c the government of Indonesia would ban our platform on those grounds?

If the poor of the world want access to the steempower engine to better their lives, they need to rise up and dispose of governments that are statist, tribalist, and/or primitive...those states that would ban their access to a free speech platform.

if them don't like an apple, just don't eat it.
It isn't right if you broke the tree...

I think the censorship of NSFW is quite good. You can keep the explicit content in check. You always had the power. @jockey

We absolutely should not try to squeeze SteemIt, into an oppressive government's laws. Wouldn't that set a standard, if we are going to miss out on an opportunity we will cut out the offending content?

hope we have lo

It's a nice big mouth

Thanks for sharing! A link to your post was included in the Steem.center wiki article about NSFW. Thanks and good luck again!

We should never change ourselves in order to accommodate a totalitarian government. It is much better to have the people of Indonesia upset they cannot access Steemit, and for them to push back against and eventually change their government.

Your topic is very good, i like you, thx you for sharing @jockey Plis vote me