So I have been curious as to how the votes were ranked on any given post. After observing for 6 months I have finally cracked the code.

I have not seen this covered anywhere else. But if any info is incorrect please let me know and I will revise.

Votes Are NOT Ranked By

Votes Are Ranked By

Now STEEM POWER does play a roll.
As well as the PERCENTAGE of the vote you received.

So the VALUE of the individual vote is what determines the ranking.

Thanks to all who have followed my blog and continue to upvote my posts!

Submit
$1.70
35 votes
24
Authors get paid when people like you upvote their post.If you enjoyed what you read here, create your account today and start earning FREE STEEM!
Sort Order:
[-]
jorlauski (58)  ·  2 years ago 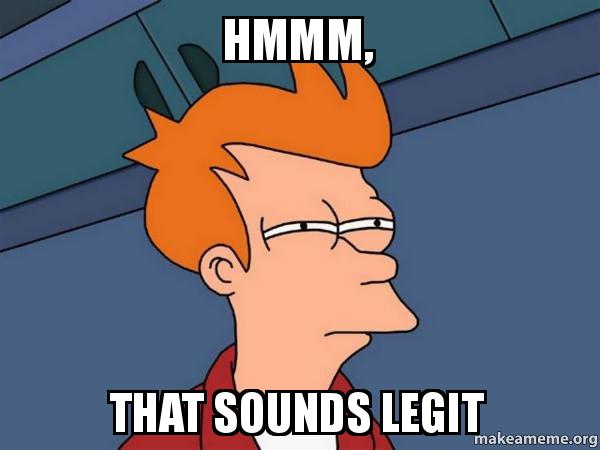 Me too - I wish they would have retired the Simpsons and kept Futurama instead...

I agree. The later seasons were not as funny as the original ones though. Damn you Netflix!

This post received a 2.11% upvote from @randowhale thanks to @harleymechanix! To learn more, check out @randowhale 101 - Everything You Need to Know!

Okay, this explains a lot! Thank you!

I have been trying to figure this out. Thank you for making it easy.

No problem homie. STEEM ON!

Thanks for sharing with us. I feel like this is a code that we are all trying to crack.

No doubt. You would think these things that are seemingly obvious but still take me forever to figure out! I'm not super technical anway.....

Cheers for the insight fella. I have often always wondered this also

Right back at ya mate

Thanks for the post as I am still getting used to steemit and all the crazy that goes with it!!

Dude, I been on steemit over 6 months and still figuring it out. Learn new things all the time!

that was interesting thanks

Thanks for sharing! A link to your post was included in the Steem.center wiki article about Upvote. Thanks and good luck again!

so the one on top has the most value? wow, never knew

Here is a good post(along with the two other posts he links) explaining how curation rewards are calculated. Not as simple as one would think! But this is good to know 👌