If you're a follower you'll know February was a rough month for me on Steemit. I'm thinking it was burnout, but maybe it has just been because of slow crypto prices, or increased responsibilities at work. Regardless, I'm still making progress and things are still looking up overall :D.

For whatever reason, this is always one of my favorite posts to write each week. Maybe because it's a chance to see how far I've come or how much Steemit has "improved" my life. For instance below is my account value 4 - 6 months after starting on Steemit.

2 months later, below is the value of my account along with my potential weekly payout for last week. Steemit is by not means a get rich quick scheme, but the people that I've met, the things I've learned about crypto, and the income I've learned along the way has definitely been worth it. Regardless of what happens with Steemit and Steem over the next couple of years from where I stand now, it has all been worth it.

I just found out I'm losing my 1000 SP delegation from @ocd. While this is a little bit disappointing, the boost it has given me over the past 2 - 3 months has been awesome. I appreciate @acidyo and everything he does for @ocd curators and will continue to work for @ocd to find undervalued post that can use some extra attention and upvotes.

7242 -> 7735 this may be my lowest post per day of any month since I started at almost 9 posts per day. I've been "slacking" this month. If anyone has awesome authors on Steemit you think I should follow let me know. I'm looking for some new content creators to follow to maybe get me motivated to start commenting more again. I was looking at my November post to see my Steem Power ranking. On Steemwhales I was around 7,042 and now according to https://mysteemitfriends.online I'm ranked 4763. My Steem Power has gone from 1013.43 to 1,225.73. I've been holding on to about 200 in liquid SBD/Steem and not quite sure what I want to do with it. Part of me wants to liquidate my holdings to BTC or an alt and buy back at a cheaper price. Part of me wants to continue to go all in on Steemit and diversify more at a later date.

My Reputation ranking went from 5,540 in November to 4,357. My Reputation went from 57.84 in January to 58.62 in February. I think the upvote from Dan that I received for writing why I'm starting to use Steem to buy EOS because of the ongoing feud with Ned was a major boost to my reputation for the month. Hitting 60 by April might be a little over-ambitious, but I think I will keep that goal for now. 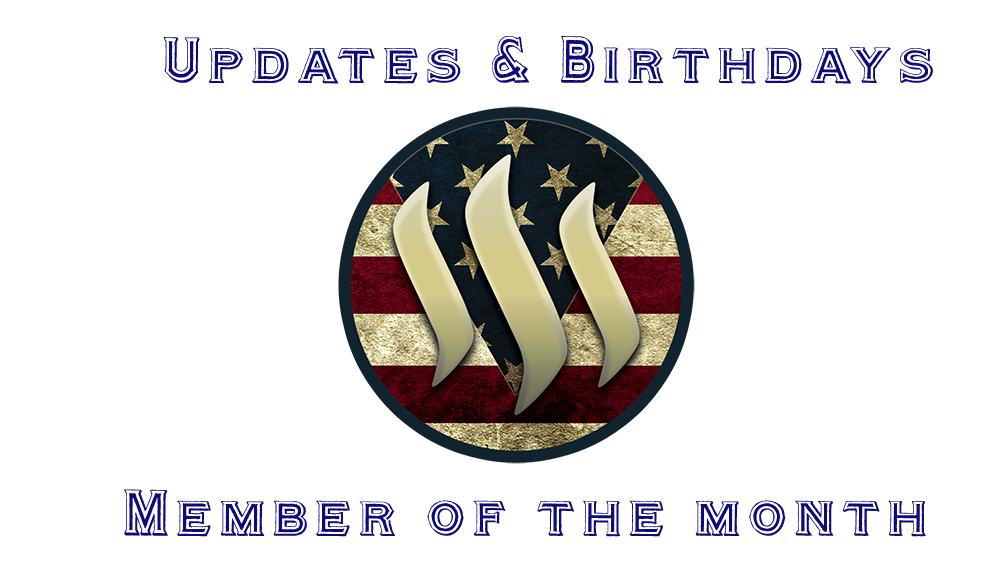 You now that you can increase you payouts fast just using BOTs?

Part of me wants to liquidate my holdings to BTC or an alt and buy back at a cheaper price.

I think it will better to buy some alts. When the alts shoots in price, then sale them and get back in to purchase more steem. The only problem would be find the alts that will grow faster than steem.

Eh, I've just decided to ride it to the bottom. No sense in trying to sell the low and then buying back at the high. Hopefully, we'll see better market conditions soon.

You now that you can increase you payouts fast just using BOTs?

Are you following fknmayhem and taskmaster4450 - they always have good content. For music I like beyonder or aldona.

Great update. I think it's cool you share this stuff because not only do you get to see the improvements but other new minnows do as well, so I think it's a great way that encourages others (even if it wasn't the original intention).

It's part of why I do it. I'd like to think if new users see this it gives them a reality check that not everyone will be the Jerry Banfield on the platform making 100's of dollars per post :D

Great job! We found more similar posts, but your post is the 1st one posted.

GrumpyCat / https://steewit.com/@grumpycat
can give you a downvote because of the copies!

Great job! We found more similar posts, but your post is the 1st one posted.

GrumpyCat / https://steewit.com/@grumpycat
can give you a downvote because of the copies!