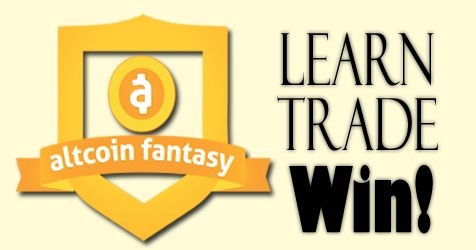 Well, honest to god, I'm thrilled and amazed that this actually happened. It's hard for someone like me to invest much of my hard-earned money, whether from freelancing or other projects, just to see how things would go my way in the crypto-currency world.

I tried out this platform I stumbled upon, and thought it might be fun to spend another late night doing meaningless tasks that are apparently purposeful down the way (?). The website is called Altcoin Fantasy, and what a fantasy that one is! It felt awesome to play, and I didn't put much effort or time into the whole thing! I won TWO contests so far, but we'll get to that later..

# Altcoin Fantasy The website is simply a simulator of the crypto-currency market, testing your skills as a trader through a real-time platform, allowing you to buy and trade real coins as a whale!

You enter weekly contests in trading altcoins, along with some other guessing BTC price contest. You're given $100,000 at the start of the contest, and the top traders with the highest net worth are rewarded by the end of the contest. Usually, 25 people are given prizes in bitcoins to their Coinbase wallet.

The first contest I won was a trading kind of challenge. As I said before, I was given $100,000 at the beginning. Here's a screenshot of a current one, similar to the contest I nailed. Not doing so well this time, though! :| 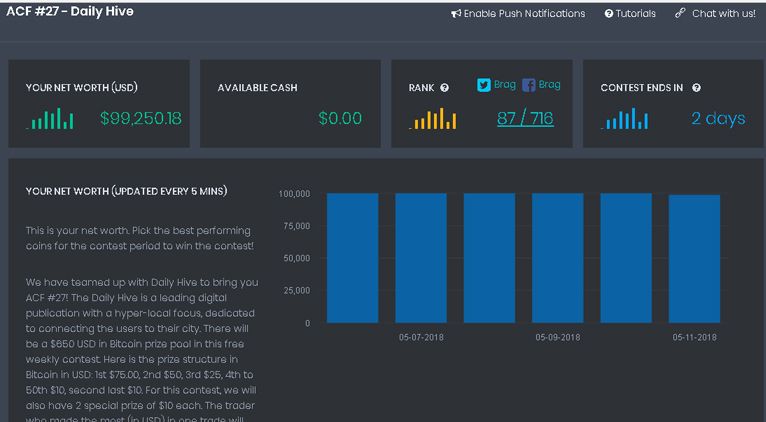 When the prize of the first contest got delayed, because TuneToken would pay the winners themselves and stuff.. blah blah blah! I thought to myself, well, this might be an indicator. But, somehow, I was lucky enough to win another contest by surprise, guessing the price of BTC at a future time. I received my $33 BTC prize today,

and converted it into SBD.

It felt really good to look through my stats in the contest during my breaks, and it was fun knowing that there's no bad outcome of what I'm doing. This could be helpful for people to practice while viewing the market; and testing out their decision-making without bearing the weight of possible repercussions. And also WINNING BTC!
Sign Up Here

You got a 25.00% Upvote and Resteem from @ebargains, as well as upvotes from our curation trail followers!

Resteemed to over 18200 followers and 100% upvoted. Thank you for using my service!

It is genuen site,give some other details about it,i singup also.

I just signed up for it and so far looks amazing, im gonna resteem this.
thanks @alexandered

Thanks a lot and welcome to the platform, mate! Hit me up in the chat, and I'll check out your rank in future contests. Cheers!

Thank you so much for signing up for Altcoin Fantasy. Please feel free to follow our steemit page as well.

This is really great. I think i would try it right away.

Hi, @alexandered and thank you again for posting about us!

I see that you know what you're talking about when it comes to crypto, so we're inviting you to an invite only Altcoin Fantasy contest. You can find the username and password for the contest on our Steemit post here.

Here is the link for the contest: https://altcoinfantasy.com/p/steemit

We hope to see you there!

Thanks for sharing I will check it out. To return the favour check out this easy way to make money as you search!

Hey buddy, we sent you a message on Facebook with regards to the prize you won on #ACF27. Kindly check your messages.

@philippekiene, this sounds like something you would be into :)

Glad you like it. Make sure to register through my link so I can get points that let me play more! :D

Sound great, not joined yet but I really want to know what it feels 😊 nice share buddy, thanks
Done upvote

Congratulations @alexandered! You have completed some achievement on Steemit and have been rewarded with new badge(s) : 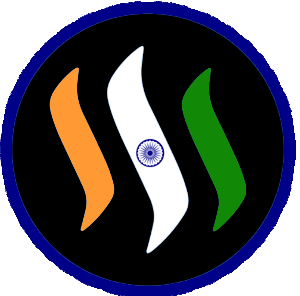 You can also help

This is to FUND this account which will promote all 🇮🇳 Indians on steemit.
You can also help by upvoting and re-steeming this post.
How does it work?

We convert your donations in powering up and will use steem power for bigger upvote to every Indian posts.

Hey I used your referral link and I was just wondering do you have to put a HTC address before you wind and the game ends or after. Because I'm currently 30th place and the game is going to end soon,

Sorry for the delay. I believe you're one of the winners in the latest contest. I hope you checked your email to fill the form. Congratulations!