A response to @grumpycat self appointed arbitration of steemit ... 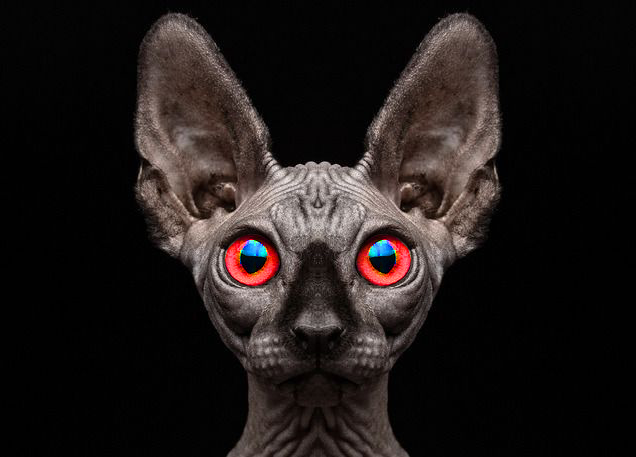 Grumpycat, regarding your self appointed arbitration.

Your blog content is nothing but hateful and prejudicial complaints about other people, when the only reason your blogs and channel are receiving payment and ranking, is because of your excessive use of bots - to which you are entitled. But it seems this is not enough for you. Your envy is such that you want to cause problems for others who are using the legitimate functionality of Steemit to do precisely what you are doing, and you are concerned because it may eat into your opportunity to exploit bots. I'm speaking of course about your 'campaign' against certain users and bots, which also discriminates against, and affects those who have no dog in your fight. Simply flagging others because they associate with someone you are campaigning about or against is really not consistent with good community, or indeed the steemit community guidelines.

Lets face it, if Steemit feels that a 7 day voting window is acceptable to the platform, then who are you to decide otherwise. If a bot or a person can vote on day one, and that same bot and person can vote on day 5 - really what is it to you. You have offered no metrics for any of your arguments, no resolvable statistics, just opinion and incredibly prejudicial statements about other users and their blog practices. I think that you believe yourself to be some sort of arbiter of steemit practices, with an over inflated self worth. People should really be flagging you for lowering the tone of the platform with this awful self indulgence.

Your channel is not community friendly and you are a very disrespectful blogger.

Please mend your ways, you do after all demonstrate a modicum of creativity, and so I would suggest you focus that talent towards something more creative than simply disrespecting other users.

Here is my point Grumpycat, and my words are not intended as an insult, I'm simply speaking my mind as I am sure you do and will. But take heed, Steemit has just achieved 4th ranking in the crypto charts, which reflects very nicely in your wallet, which is due to its present configuration and its extended functionality, which includes scripting of bots and many other services. If you want to damage this ranking with your campaign against those tools that have enabled it to make this ranking, then you and those who share your view, will not be popular in the least, and so you should be careful what you wish for. If bots become at all controversial to the functioning of steemit, then it will be more likely that all bots will be disallowed by the platform, rather than steemit getting into wrangles about the wrong or right of these tools. If that were the case, then you would suddenly become invisible on the platform, seeing as you depend on this functionality almost entirely for all of your blogs here on steemit. Please give that some consideration.

Apart from your personal campaign against @wackou and @drakos, to mention but two - you have further offered an ultimatum to the following accounts, to fall in line with 'your world' :

This is really beyond the pale. Exactly who do you think you are I wonder.

I will agree with you on one thing for sure, we don't want 'shit posts' as you put it. But steemit is a self regulating platform in this respect, bots or not, bad blogs are recognised as such and good blogs are recognised as such. If your worried about trending, a good blog will still trend, bots will not and cannot prevent that from happening. It's not a fight you need to engage in, there is no fight, the platform deals with it adequately just now, and will inevitably self adjust as time goes by.

I care about this platform, I think it's an amazing opportunity for all to either express themselves or to subsidise their life financially. Reading your blogs, is rather like revisiting the film 'Falling Down', perhaps you have seen this - where the good guy, ultimately becomes the bad guy, and its really not until the end of the film that this becomes evident to the character William Foster.

Please learn to be a little more humane, less arrogant, and keep your ego in check, as most adults endeavour to do. If you decide to continue to threaten individuals accounts - channels and the platform as a whole in this way, I don't see how you can be surprised that others will campaign against you - surely you see that ?

You have laid out the case nicely. Thank you, @shelbi for your cogent and sensible post.

You nailed it, @shelbi .. grumpy, disrespectful, nagging, self indulgent, narcissistic tendencies, grandiose delusional, incapable of producing content of any real value, plays the quality card and busts everyone's proverbials .. there's a C-word that comes to mind and it isn't 'Cat'

Actually .... I think you nailed it @trumanity :) Thanks for the comment.