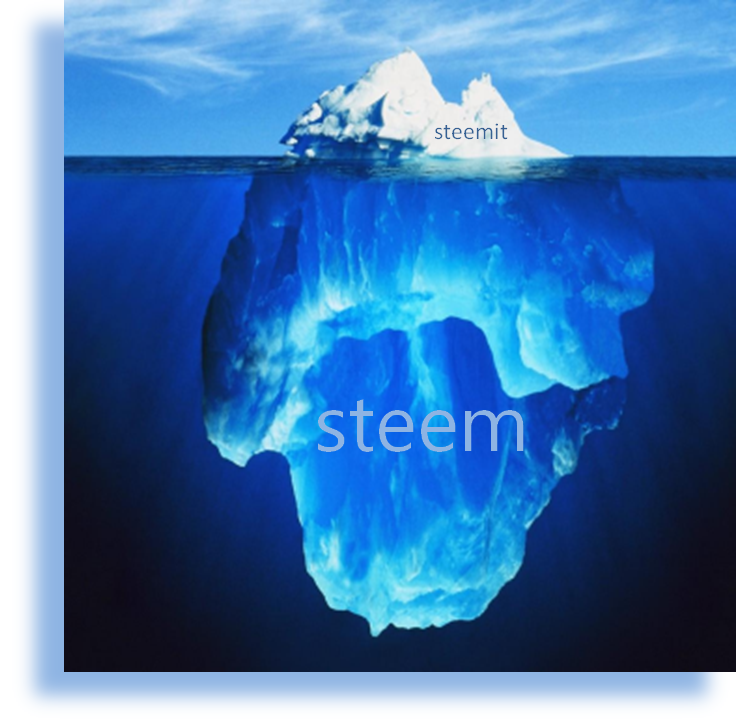 Steemit.com Is Not The Decentralized Platform You Think It Is

And it immediately struck me as odd because I've never thought of steemit.com as either decentralised or platform. I always seen steemit.com as merely a front end web view of the STEEM blockchain.

I thought @cryptogee was going to go on to explain the difference between Steemit the website and STEEM the blockchain. However to my horror he started suggesting that STEEM/ Steemit was centralised and I thought… no no no. @cryptogee I love your writing but no.

As I understand it (happy to defer to the experts on this),

There is nothing extraordinary about STEEM in this set-up other than most innovations in this space can be forked/ cloned without needing permission of the coding team.

Most public blockchains are decentralised. Indeed most blockchains have web front-ends (e.g. block explorers), however because the content is just money transactions it isn’t particularly sexy or interesting to look at.

STEEM is not centralised. However there is a concentration of STEEM tokens in the hands of a few (including Steemit Inc and it’s employees). That’s nothing new in the crypto-world. Most cryptos are concentrated in the hands of a few holders. Anyone that thinks otherwise is deluding themselves. That is kind of how money, power and influence works. Blockchain technology isn’t going to fix that overnight… if at all. Even if a crypto was evenly distributed amongst the crypto-community, it would still be very concentrated, vis-a-vis the rest of the world.

Who wants shares in Steemit Inc?

I really don’t concern myself too much with Steemit Inc. To my mind, they are just one of many STEEM holders, they happen to be the largest stakeholder of STEEM.

They provide a web front-end (Steemit) because it’s in their interest to do so.

They fund development of STEEM because it is also in their interest.

Their interests are pretty much aligned with mine. Even if there are disagreements on how best to do it, they are looking to increase the adoption and value of STEEM. If they choose not to allow forks without permission, it is done so with a view of retaining STEEM’s value. It would be good however to see the rationale/ logic behind this spelled out somewhere.

However we shouldn’t sell the STEEM blockchain short be saying it’s not decentralised when it is.

From what I understand, a lot of care had been taken to ensure that STEEM was launched as a decentralised blockchain. It can be argued that a lot of care has been taken to ensure that Steemit Inc obtained as much of a stake in STEEM as possible from its inception. I have no problem with this. To me, whether if the founders or a small band of early miners having the largest stake, misses the point. My only concern is that a far bigger stake (proportionately) should have went to the content providers, commenters and voters that will ultimately make or break this platform.

I'm open to being wrong on any aspect of what I've written here. What I'd love is one place where people can go to get to grips with STEEM. It isn't realistic to expect people to dig through a mountain of past posts to understand what STEEM is today. It's too open for people to put their own spin on how the platform works (including myself!). It would be great to be able to point to sections of a document (e.g. an updated WhitePaper) and frame conversations about the platform accordingly. Hopefully this will be addressed soon.

I recognise that slide. That was one of mine ;) ;). Stephen

Thanks for letting me know. I've added a credit to the post.

There was no need but thank you I appreciate that. I follow your Blog and recognised the slide. It is great that someone elses sees it the way I do and I am happy more got to see the slide. I have just posted a set of stats you may be interested in seeing that shows a jaw dropping Record Number of Daily Transactions on the Blockchain that happened yesterday. Thanks again for the mention and credit for the slide. Stephen

From what I understand, you are correct in what Steem/Steemit is, and how funds and power are distributed. You are probably also correct in your statements why it was distributed as it was, as well as how this is generally the case with any other virtual/crypto currency.

It isn't realistic to expect people to dig through a mountain of past posts to understand what STEEM is today.
t would be great to be able to point to sections of a document (e.g. an updated WhitePaper) and frame conversations about the platform accordingly. Hopefully this will be addressed soon.

Fully agree. I would add to your suggestions, a section within Steemit with notice board, knowledge area with facts and a more structured implementation of communication/discussions on topics concerning Steemit and Steem, maybe some (community) moderated forum with (forced) categories per topic.

Not entirely true, you could write your own version of steem from scratch. You could have your own witness that followed all the rules but using your own code. Not easy but doable.

If they are writing from scratch, I wouldn't call that forking STEEM. Sure anyone can to this, to the extent that they are not infringing Steemit Inc's IP rights.

Fork has multiple meanings here. Do you mean a git fork of the code base, or a crypto-currency style fork?

The license distinguishes between the STEEM blockchain and "the software".

5 - The software is not used with any forks of the Steem blockchain that are not recognized by Steemit, Inc in writing.

Technically, it appears the STEEM blockchain can be forked however how useful this is without "the software" I'm not sure. The fact that Golos coughed up for a licence suggests a significant part of what makes STEEM sits within "the software".

I'd be interested in understanding (in layman's terms) what "the software" is... because I have no idea!

I find it easier to think in terms of STEEM (blockchain + software) cannot be forked.

You are quoting a clause from the copyright permission statement from Steemit Inc 's code.

You only have to follow clause 5 if you are modifying the existing software written by Steem Inc . If you are writing your own software from scratch, then you are not bound by anything from that copyright license. Make sense?

I don't know if you know a developing project named YOYOW. It seems they are doing what you described here - writing their own codes from scratch, inspired by the Steem model. Hope you can comment on this one as I know very little about codes. :)

Golos paid to clone Steem because they wanted to take the easy way out and just use Steemit Inc's code rather then going through the trouble of writing the code from scratch.

Very informative post much needed. Thanks and resteemed.
Just a small question: Is there any blockchain that is centralized, based on your definition of (de)centralization? As I know, blockchains are P2P and hence always decentralized by definition. I might be wrong though. :)

There are so many possibilities with Steem. Steemit is only the beginning.

If we have 1 then it might be just 1. If we have 1 and 2 then it means 3, 4, 5, 6... are coming soon.
A second successful Steemit is much needed to demonstrate that Steem can and will extend itself to many more aspects of human activities where the only limit is our imagination. Look forward to that day!

Excellent summary, I think-- although I base this on only having been here since the 1st of February. Seems to me that if we have a "White Paper" and there is a "Road Map" outlining where the plans are taking us... there should also be more of a single "Historical Record" telling how things not only work, but outlining how each significant change/event affected the different "elements" we have here and the way they interact. When you are a newcomer here, some of this stuff is very "black box."

Yes, couldn't agree more, the whitepaper isn't helpful with specifics and I seek to change that. I want to go through the whole roadmap and edit it to show how each fork has changed it, what features were added and which were removed, how the figures were changed and even why, as it will only bring clarity to the vision of steem as a viable social media platform.

Shit is starting to make sense. The more i read the steemit and block chain posts, the more educated i get on the subject.

Thank you I need as much of this info as I can get.

My understanding of "Steem is not decentralized" claim is the fact that Steemit inc have big enough stake to "appoint" or "dismiss" witnesses if they want to.

That's difference in what we mean by decentralised. I'd call that an issue of STEEM tokens being concentrated in the hands of a few.

However this is an inherit issue of blockchains and consensus. Anyone with enough hash-power can dictate the direction of Bitcoin, e.g. whether it hardforks with Unlimited or goes down the Segwit route.

If we deem STEEM as being 'centralised' because of this. All blockchain suffer the same systemic risk.

At least with STEEM there is some degree of transparency surrounding the players involved. And those determining governance are actual token holders and have skin in the game, as it were.

However this is an inherit issue of blockchains and consensus. Anyone with enough hash-power can dictate the direction of Bitcoin, e.g. whether it hardforks with Unlimited or goes down the Segwit route.

That's not strictly true, though. All the hashpower in the world won't let you push a 2MB block through a Bitcoin Core p2p node. They are fully validating consensus nodes.

There's no way to force people to upgrade their software, no matter how many supercomputers or how much stake you have.

I agree that it would be great if there was a centralized and regularly updated place where people could go to learn the ropes on Steem and Steemit. Great distinction between centralized and concentrated in describing the block chain and platform itself.

Ninja pre-mined cryptos are generally shunned upon by the crypto-community on places like Bitcointalk and the content providers (or coin holders) also have no share in that initial hodl/mine. Many are not even aware that that process took place.

Thank you @nanzo-scoop for the valuable information!