Is the Cat Out of the Proverbial Bag with STEEM???

A friend once asked me: "How did you buy the bottom???"

My answer "I bought lots of prices above the bottom too!!!"

So for the first time since I first started buying STEEM in February, the STEEM/USD price is back above $4.00!

I've been seeing STEEM in the news more lately, although still not as much as I would like to. Yesterday I stumbled on this piece from Union Square Ventures' Nick Grossman which included STEEM in a list of functional cryptocurrencies. The title of the piece is Cryptotokens and Why They Are Fundamental. Download the deck and you will see STEEM listed with some venerable functional cryptonetworks.

What attracted me to STEEM initially (and what keeps me around) is 1) the fact that the network is live and has processed more transactions (if we include posts / comments) than any other blockchain combined. Then 2) there's the fact that we're watching FACEBOOK die in front of our eyes. Also 3) you've got the shear speed of the network relative to its peers and 4) the unique biz models that one can imagine on a blockchain such as STEEM.

My hope is that with each rally higher we find a new low like we've been doing for the past few weeks.

I think that a rally would be really good for the network (no shit it would make me money) but I mean beyond that... I'm really excited to think what higher STEEM / USD prices are going to mean for the STEEM/SBD market...

Wouldn't it be fucking incredible if SBD actually acted like USD??? Shit, then we could have one of the biggest decentralized exchanges... right here on the STEEM blockchain... There'd be no reason to pay commish to be on an exchange. You could legitimately hedge your steem into SBD, instead of just trading another 1-1 correlated product. Ah well, I can dream cant I??

That being said, I know the road ahead is going to take work to make STEEM / USD rise into the stratosphere. The biggest scaling challenge that keeps me awake at night is how to get more users on the network. Here I think that Steemit Inc is pretty much dropping the ball, as I know several people (@uvictor.ochi included) who couldn't get an account and had to resort to me buying it.

Then there's the simple numbers. Facebook has over a billion users. For steem to hit that number of users, we need a shit load more coins... or for the cost of creating an account to drop. This part I'm less worried about because I get why inflation is where it is right now in the adoption curve.

That being said, I'm really fucking excited to see where this blockchain goes into the future. I think that there's never been a time for an upstart social media platform like the present, given Facebook's current trials and tribulations. Add into that a little cryptoeconomics and a good old fashioned displacement a la kindleberger... And I think you have a recipe for some incredible price action.... 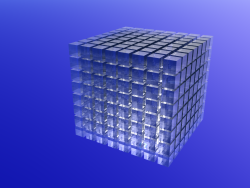 Follow @marketstack for more updates about trading, finance, and technology

this place has so much damn potential, but there's little to no leadership. I'm really hoping that HIVEMIND and communities fix a lot of the problems. Really, there's not effective competition between 'quality' posts, leading to ease of abuse.

When Steemit fixes the disproportion between quality and payouts, and enables effective visibility of posts, this place will finally be able to cut off the monster's head that is Fedbook

i've actually been thinking about this alot lately, and i really am starting to think this boils down to the fact that SBD is soooooo out of whack in price relative to steem...

if we allowed a direct operation for converting steem into SBD, i think it would remove alot of the profits from vote buying and self-voting, but as it is these are the only two mechanisms for taking advantage of the SBD arbitrage price.

I agree with locking the price of Steem to SBD, but so many people are against it. Especially the whales, who would have the most to lose. Making money off arbitrage and self-voting / creating fake curation trails (as in the example I posted above) is, for whales, free money. And that's what so many of the 'investors' use this platform for. It's a god damn money making machine, and all they have to do is make the 'appearance' of content.

A vast divergence between steem and sbd is just one other way for them to use this money-making machine.

I really agree with you, @marketstack even facebook I used to use to sell my novel, no longer ever I open. I fully open the steemit all the time.

Hi.
First of all, thank you for voting on my postings!!!
Appreciated!!
Hopely Steem goes up to $10 by this December.

I'm a bit perplexed as to why certain people are having trouble registering accounts. Outreach members of the Steemit community which I'm in had no issue registering our friends, and it usually takes no more than 24 hours to get the account. How long did your friend wait for his account before you assisted him to get one?

my own sign-up process only took 2 days, so i'd be very interested in figuring out where the variance is coming from

Recently there has been delays in account opening, maybe they working on a new algorithm

I am a beginner and I support your work, hopefully all your wishes can be achieved, and hopefully you succeed, best regards from @bangone.

hopefully all your wishes can be achieved

yes, I hope so too, hope you can help me, thanks for your words

thanks a lot upvotenya friend, I am now a follower of my friends yes, I resteem and upvote yes.

I'm doing everything I can to convert certain FB users to Steemit.

Very astute of you.

i agree, what time frame are u thinking?

I'm super excited about steemit. The way it is growing, it would be HUGE soon. And it's happening in front of our eyes.

As you said, steemit is really an incredible business model. It will change a lot of people's life around the world.

i'm really wondering where people are going to take the biz model in the future, when u think about how much behavior can be incentivized with an upvote of sufficient size... as the price grows the power of each upvote grows too, and with it the liquidity of the SBD market...

My minds full of the implications, but more than anything I love the disruptive nature of this kinda thing. I thank my lucky stars every day I got introduced when I did.

same here, same here... wow actually thats just been a few months for me! time is flying here, so much to learn about it still...

This blockchain has so much potential as you point out, great article, thanks for sharing with everyone. Following!

awesome thanks so much for feedback

You're welcome, I love everyone's take and trying to soak up the knowledge of the community here. This is the best community I've found online. I had also hoped for something of this nature and the creators really executed here.

It's an interesting reading for me @marketstack ,,
Do you think Facebook will be like steemit in the future?
As an existing issue that facebook will buy steem to raise popular facebook equivalent to steemit.

Well said. The situation is going to be going up to 6 dollars soon.

Do not count on it

good article ,, I really like the sentence that is in the last paragraph ,, !!
this is a great time with incredible blockchai, mutually beneficial steemit platforms, curators and author get respectively !!
steemit okay

That being said, I'm really fucking excited to see where this blockchain goes into the future.

i really wanna know how and when this blockchain world take root our society.

Thank you brother for your visit my place.

This is my new beginning to follow you, let me.

With that I make (note) important.

"I am very excited to think about the higher STEEM / USD rates that would mean for STEEM / SBD Markets" ...

Steem and its mining platform (steemit), brings an actualization to an idea one could only have dreamed of some years back. Dont worry for now the market feeble but one should know that if there's potential for crypto and network growth , steemit is all it is