I was wondering how much the prime cost of the Steem is.
The prime cost of Bitcoin (mined by the pow method) and Ethereum are priced by the electricity used during mining and the computer resources.
Even the legal tender with weird drawings on paper costs.
$1 and $2 bills cost 4.9 cents per note to make. $100 bills cost 12.3 cents. It takes 12.3 cents to make $100 bills. The legal tender is something which the nation borrows the purchasing power from the people.

Let’s estimate the prime cost of Steem.
Currently 64,000 Steems are being produced.

The resources to produce 64,000 Steems are the followings. 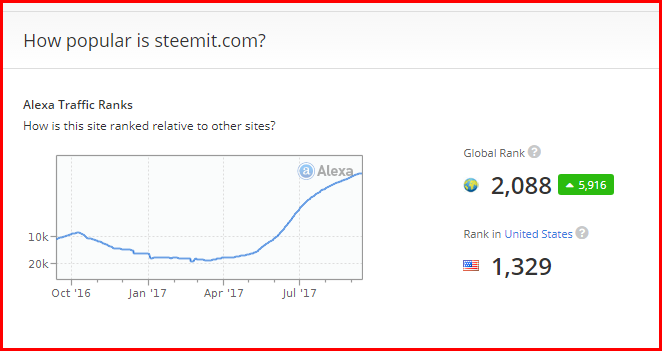 This article is not a suggestion on investment. It’s a personal perspective, so don’t invest in Steemit because of this article. The investors are the ones who will take the responsibility.

strongly agree that steem is a good investment for the future.

well looking on the postive side of things, i can say that steemit is looking great and is going to pay out very well for early adapters.

i mean its still in beta stages, and knowing that gives me a lot of confidence to keep coming back. yea it takes times and effort to produce results and get notices, but then again, dont all things?

i truly believe steemit is doing more for the average joe does than say even facebook, where people can not only contribute but also learn and make extra earnings from their passions and letting the world know what they are great at

Alright, this makes sense but what do you think this data indicates going forward? Can you compare this information to other baseline datasets so it can be seen in context with other currencies or platforms?

In my opinion today is still a time of sowing. After beta stage that would be the growing stage. Follow by the harvest

Thanks for the information,with steem posting at $1.18 at the time of this writing and the price going up or down by the hour how does this all figure in to the cost to produce steem which i think is breaking new ground combining crypto with social,it should be a very interesting ride.

i think this meaningful assumption gives us someting to think about.
thank you @leesunmoo for giving steemians somehow hopes for the future~~~^^

Interesting to say the least. What is the prime cost of prime coin I wonder? The cost would probably be a prime number