STEEM TO $5 BY JANUARY!? AS EXPLAINED BY @WILDTRADER - Crypto Nights Episode #10

@alexmavor and I are back with Episode 10 of Crypto Nights! Today we begin by looking into & questioning the news that came out China surrounding their research to develop a sovereign digital currency, followed by brief introduction in to Elliott Wave Analysis by @wildtrader & why he believes the price of Steem will hit $5 by January!

A move in parallel with similar ongoing efforts in Russia, China believes that creating legal digital tender will bring down transaction costs and increase efficiency of monetary policies implemented by the Central Bank.

China is well aware of the risks of losing control of the numerous decentralized currencies. This motivation has lead to creating a solution that would enable control and oversight of transactions and capital flows in and out of the country. They have been trying to understand a central bank digital currency since 2014, however it wasn’t until early 2016 that such efforts became public knowledge. A successful trial was completed by the Peoples Bank of China earlier this year. 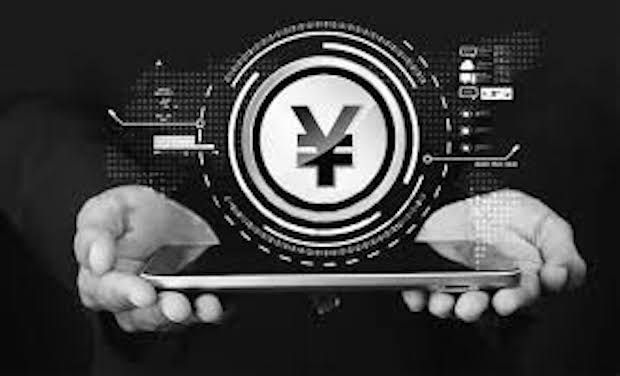 This news comes during it’s infamous sweeping ban on ICOS’s, which has led to the closure of crypto currency exchanges in the country. China is famous for its aversion of Western technologies and its protection of domestic providers. The recent crypto crackdown might not significantly differ from its previous prohibition of foreign technologies, strategy-wise.

Ryan Wilday is a Financial Analyst at Elliott Wave Trader (elliottwavetrader.net) and has over 17 years’ experience working in the financial markets. The analysis is led by Avi Gilburt & appears frequently on sites such as MarketWatch, TheStreet, Nasdaq, Forbes, and SeekingAlpha. Elliott Wave shows that investor psychology is the real engine behind movements in the financial markets.

Elliott Wave Analysis (EWA) believes that public opinion and psychology moves in waves of 5 within a primary trend, and waves of 3 in a counter-trend. It is this, which is the real engine behind the movements in the financial markets. Once a 5 wave move in public opinion is completed, then it is time for the subconscious opinion of the public to shift in the opposite direction, which is simply a natural cause of events in the human psyche, and not the operative effect from some form of “news.” 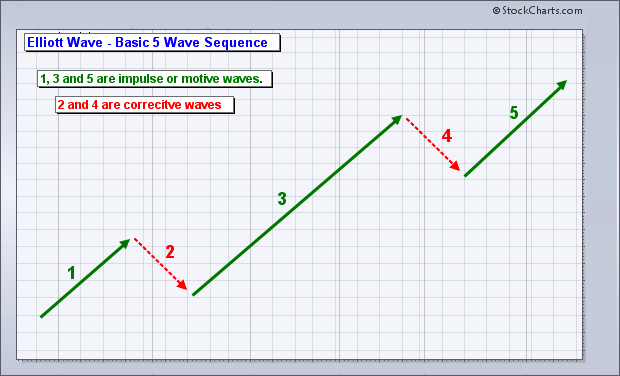 It goes without saying that this indicator can be highly useful. Yet, it is important to understand that it is still just a theory that is not proven. EWA acts as a supportive indicator that can give you a good overview on the market and its potential moves. However, it does not provide exact entry and exit signals. At Crypto Nights we always aim to provide balanced opinions, therefore you should use the information as basis for confirmation rather than indication and always undertake your own thorough research.

Here's an article shared by Ryan & Avi that titled: Do Fundamentals Drive Bitcoin? Are You Kidding Me?

Before we leave you for another week, It’s important to mention that we will have a very special guest joining us next week. So make sure you keep up-to-date as it’s one worth tuning in for! _Without a shadow of doubt, the first of our two special mentions, goes to:
@wildtrader who provided us with an introduction into EWA and how we can use this to our advantage in understanding the direction of the financial markets.

Second goes to @good-karma the developer behing eSteem whos has continued to develop a user-friendly platform.

Interesting video guys, first on the whole government centralised cryptos... Please no! and as for the Elliot wave theory stuff I have a real hard time believing any of it. Things just aren't that predictable.

Thanks guys, can't say I agree 100% on the numbers but the analysis is solid. They say a picture is worth a thousand words :) i'm also hopeful this will grow by 2018, steem price is surly expected to rise

brilliant show this week @antonburton - I was amazed by some of the things @wildtrader was telling us!!

Loved having you on our show Ryan - Will have to get you back on again in January!

We're going to hold you to this come January.

haha @tolkatore let's hope for all our sakes that this is true!! but the disclaimer in the above text still holds true!!

Still holding you to it. 😉

Note I said 'this is a price discipline, not a time based discipline but looks possible'. And, even the price needs follow a bunch of targets on the hourly chart. So, don't bet the farm just yet. ;) But I upvoted you 'price target police' anyway. Love it. ;)

lets hope you are right

Hi @antonburton amazing episode. Elliottwave sounds like some serious trading analytics. Looking forward to the next episode, checkout my latest post and commetry on the the top 3 crazy coins. https://steemit.com/bitcoin/@johnchamberlain/you-cannot-be-serious

Hi John, thanks for your support. Glad you liked it. I was very impressed with the info Ryan provided. There's definitely something to it.
Sure, I'll check it out now. Thanks for sharing.

Hello guys and great job !
Special thanks to @antonburton for the support on my first blog.
To be honest im not yet that much into cryptocurrency, i have a full time job and two kids running around to take care of, but im highly motivated to learn more and more and i must say the video you made, was pretty good since even i got it.
Good work for @alexmavrov and @wildtrader !
Keep up the good work guys!

All theory... And others are saying it will reach $10 soon... so far only jumping around $0.9! Would everyone earnings per post go 5x up when Steem is $5?

well, the steem you are paid out is equivalent to what you earn at that time. but think of it like this , all of your previous post earnings will be 5x higher.

Brilliant ! I loved reading it.

Thanks @kunalmanohar but there's plenty more info in the video, so is one I suggest that's worth watching!

Little trade tip. BTC is rallying out of last night's drop. I was short but covered a little early. Happens. Now if we cannot exceed $7544, then we have another short trade that should take it into the $4,000's based on our analysis. I'm looking to begin tranches short at $6850 and will stop the trade at $7544. (my subscribers normally pay for that, so enjoy :)

appreciate you @wildtrader - was great to talk crypto and make sure you check out my profile next week for episode 11 !

we always love a freebie!!

I hope it will be sooner. If we all buy, let's say $75 of Steem within this week. We are going to see the capitalization go up, and the coin will be going UP, UP.

Great article and video @antonburton and @alexmavor. Please follow us and Keep an eye on TIMM, we should be online soon and would love to see you guys on our site.

Congratulations, your post received one of the top 10 most powerful upvotes in the last 12 hours. You received an upvote from @thejohalfiles valued at 86.39 SBD, based on the pending payout at the time the data was extracted.

Ryan @wildtrader reminded of that cop in Breaking Bad lol I was like holy! is that him...? Im interested to know what could push steem further up in value. And is more people joining the platform a good thing for the price in the long run?

Lol sorry I couldn't help it, not trying to impersonate your boss but that's funny 😂

No worries. I swear in real life I'm too urban dope. Old skool hipster style. Or at least I aspire LMAO.

Congratulations @antonburton, this post is the third most rewarded post (based on pending payouts) in the last 12 hours written by a User account holder (accounts that hold between 0.1 and 1.0 Mega Vests). The total number of posts by User account holders during this period was 2443 and the total pending payments to posts in this category was $2303.38. To see the full list of highest paid posts across all accounts categories, click here.

@antonburton Hi Anton, I was wondering is there a way that I could get in touch with you, skype or google hangout?
I would like to share some experiences with you and ask for your opinion.
Thank you in advance!

Nice thoughts. But Steem just hit $0.80 so it looks like we're going in the wrong direction.

If you look at my chart nikethemutt, the box we are sitting in is support. We can bounce around in there until we get a setup to take us out. Just because we are going the wrong direction doesn't mean we don't hit $5. I said in the interview, I don't yet see the setup to take us there.