The general topic of the health effects off eggs is a heated and polarized one. Adding the debate about whether it is actually more beneficial to eat RAW eggs (as opposed to cooked ones) only further complicates the issue. As science explores more deeply into the realms of neurology and nutrition, however, the importance of quality protein and cholesterol (both of which are found in high quantity in eggs) is only becoming more apparent as a primary factor in all of the major neurological diseases. 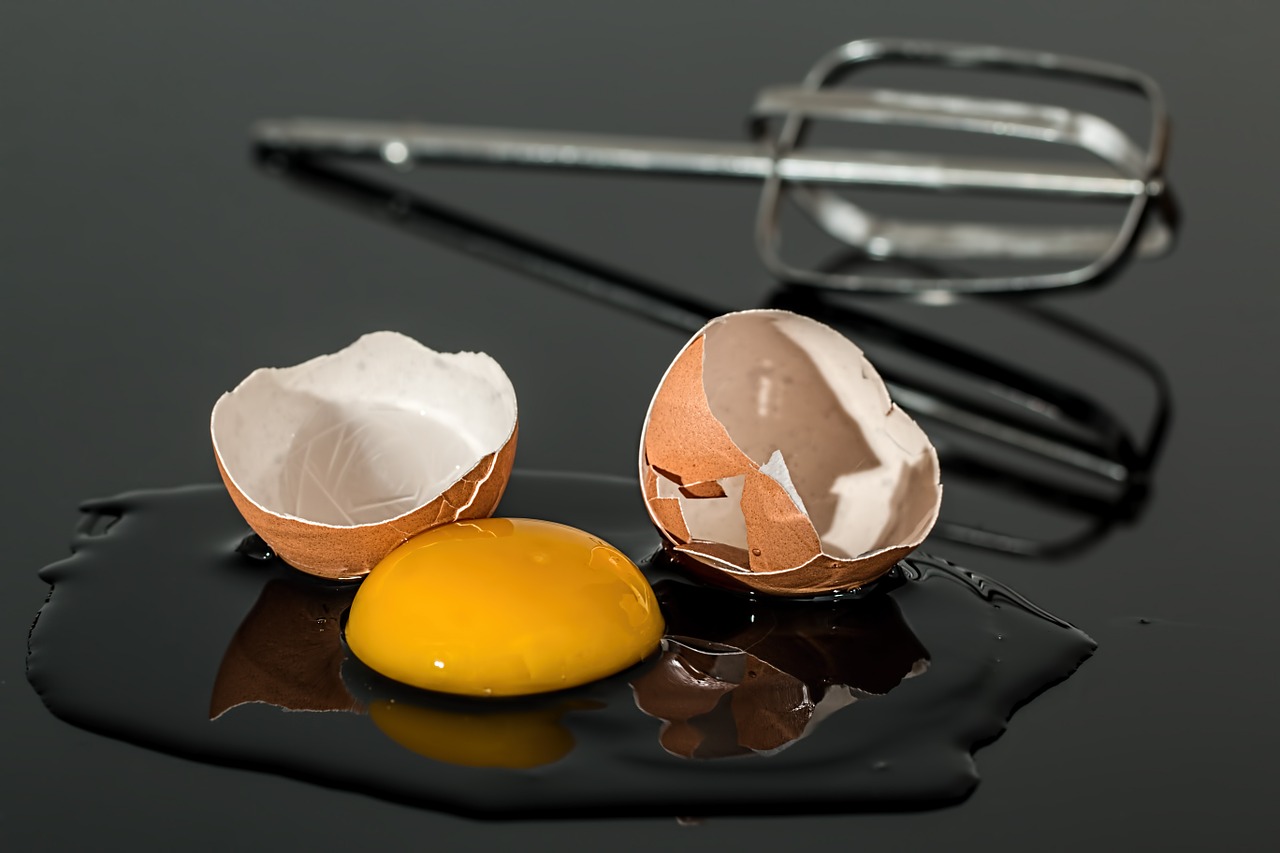 Beyond the narrow confines of the allopathic mainstream medical system, which has monopolized the health industry for over a century, we find that eggs have been a significant component in natural health systems going back into the furthest antiquity. In the Traditional Chinese Medicine system (TCM) eggs have been a common remedy used to increase Yin in the body and have a strengthening effect on the immune system and libido. Since the cholesterol in eggs is the building block of testosterone it makes sense that eggs would produce libido enhancement, in addition to the other health benefits of adequate testosterone levels. There's More Than One Type Of Egg?

Asian cultures actually include several different kinds of eggs in the diet (ex. duck, quail, etc.) in addition to the chicken eggs which are more common in the diet of most westerners. Interestingly, the eggs from different kinds of birds have different nutritional profiles. For instance, the smaller quail eggs are packed with more nutrients overall than chicken eggs. In some Asian countries the people eat boiled fertilized duck and chicken eggs which are known to have powerful aphrodesiac properties. Considering that the brain is essentially a “large clump of cholesterol” whose neurotransmitter proteins are synthesized from the protein consumed through the diet it should be of no surprise that the intake of quality protein has a significant effect on brain function. In fact, more and more neurological research is showing a strong connection between dietary protein and cholesterol and the most enigmatic neuropathologies such as : autism, epilepsy, Attention Deficit Disorder (ADD), Alzheimer’s and Parkinson’s diseases, anxiety, depression, schizophrenia, suicide, etc. Basically ANY brain abnormality has a connection with dietary protein and cholesterol intake. As the myelin sheath which protects nerve cells and enhances communication throughout the neural network throughout the body is composed primarily of cholesterol and whose messages are transmitted by protein derived neurotransmitters it is easy to see a logical connection.

In addition to cholesterol eggs contain a high concentration of essential fatty acids (ex. omega-3, Omega-6) which has been shown in numerous research studies to have significant effects on the central nervous system. Some of the results of these studies show that fatty acid supplementation can alleviate most of the behavioral and cognitive abnormalities which are characteristic of the range of prominent neurological diseases. Studies done in prison populations have shown that fatty acid supplementation has a clear therapeutic effect on violent and antisocial behaviors.

Another important component of eggs is the vitamin-like nutrient choline. Choline is a compound which plays a vital role in proper nervous system functioning and a deficiency results in neurological issues including birth defects, dementia and various other neurodegenerative pathologies. Eggs provide one of the most concentrated sources of this nutrient (aside from organ meats).

Eggs are also one of the most complete and lean (assuming that you eat them raw or boiled) sources of protein. As such, consuming them helps to curb the appetite as part of a natural weight loss plan while at the same time most efficiently repairing and building muscle. Eating eggs in raw or boiled form enables the most efficient digestion, assimilation and use of the protein in all of the systems of the body (ex. converting into neurotransmitters, immune system cell synthesis, tissue repair, etc.).

As raw eggs are essentially a liquid they are more easily digestible by the body as well as containing higher levels of nutrients in their natural form. As soon as you cook any protein it becomes denatured and is thus less efficiently digested and used by the body to produce hormones, build muscle, etc.

This also means that raw eggs are a powerful addition to a liquid or detox dietary regimen. Many people have greatly alleviated various diseases by transitioning into a liquid diet. Most illnesses are taxing on the digestive and circulatory systems and so when we give those systems a rest by consuming liquid forms of nutrients the body is better able to cleanse and repair itself. Juice fasting is an especially potent form of healing and by juicing raw fruits and vegetables we can achieve the highest and most efficient intake of vitamins, minerals and proteins into the body for maximum nutrition. Adding raw eggs to this program incorporates one of the most complete and powerful forms of protein into the juice mix. A person could logically live on a full juice and raw egg diet. Taking out the fruit and consuming only raw vegetable juices and eggs would essentially be a “raw paleo” diet. The paleo diet itself has shown miraculous results for achieving optimum health.

Here is an example of a tasty raw vegetable and egg drink which you could experiment with as you start to transition further into this mode of nutrition :

Whether you consume eggs in their most powerful raw form or cooked in a healthy way the benefits of this powerfood for all of the vital systems of the body and mind are profound. Incorporating more eggs into the diet strikes a nice balance between a heavier diet including significant intake of meat and a purely plant based diet which can often be lacking in the complete power protein which eggs provide.

Once upon a time raw egg was my favourite.......i used to have it everyday
AS TIME PASSED IT BECAME MY HATE MOST AND I DON'T LIKE TO EAT IT MUCH..... anyways thanks for sharing the valuable information about different kids of egg

Hi Rob! I completely understand what you mean. This is why I add some variety to my primarily egg (little meat -usually only bird : chicken, quail, duck, etc.) diet with LOTS of raw vegetables and spices. I agree that eating eggs daily can become a bit mundane, but there are so many recipes which include eggs that it is certainly possible to add variety, in my opinion...

I use to put the egg shells into the blender too. I should start back on my diet.

Thanks for sharing with us....Such a good post on eggs. Your post has actually answered the query of many people who were confused about the raw eggs and the cooked ones.

Thanks @kekhrie! I'm glad that the post is fulfilling its purpose of enlightening people on this topic...

My personal experience as a (mostly) vegan is that the occasional egg doesn't seem to mess with my body at all. In fact, I often feel myself being naturally drawn towards them. But one thing is for sure... have too many and my body tells me to not have any more for at least a few days.

Listening to the reaction of our body is something which seems to have been lost in this world of information... yet clearly is the most powerful tool in learning what works and what doesn't.

Sam, you're "craving" for eggs is likely your body's natural craving for protein. I have the same issue with meat, in the sense that if I eat only eggs as my "meat" I find my body craving meat (usually bird (ex. chicken, quail, duck, etc.) ONCE per week, in order to feel like I have proper energy. I also agree with you that "overdoing" the eggs can become difficult as well. I don't know what's up with me and food, but I just find myself gravitating towards increased liquid nutrition (ex. tea, natural juices, water, etc) as I get older. I know, it may be psychological (like an eating disorder), but that's just the way it is there days. In this chaotic world I just feel like people are STUFFING themselves full of so much (ex. food, drugs, info) that my body is rebelling against food. As long as my weight is okay, though, I don't think it is an issue. With the primarily egg and fruits/veggie/liquid diet my skin and hair are in good condition, and I don't constantly feel bloated and weighed down. Just my experience...

This is very helpful and informative. It joins the dots and inspires me to include eggs in ways I had not before. Thanks!

Great @stonemaid! If my health posts on these various, -more fringe - topics turns even just ONE person on to these ancient health concepts, and away from drugs, then I will consider my good deeds done for the week.

Oh no problem here... I'm paying attention. Despite being a medic my first choice personally is always alternative and natural. Keep it coming!

Hey @simonjay! It's always great to hear when people are open-minded enough to experiment with the information I put out. You've also got some very interesting content, and so you just earned yourself a big, fat, JUICY follow, and some upvotes...

Thanks very much @transcript-junky yea always open minded for new ideas, yea I noticed that thanks for the suprt it really helps right now as I am trying to buy a steemfest ticket.

I have a soft-boiled egg for breakfast most days. I also like omelets and crepes. There are many ways to serve those. My latest one was a crepe filled with ham and asparagus. But this thing with the fertilized duck egg is gross. I could never bring myself to eat raw eggs (in any form, other than whipped egg whites, i.e. the basis for meringue).

@thermoplastic I felt the same way about raw eggs before I lived in Asia and got over eating insects (cooked) which I now love. Here is a good way to get over you egg-phobia. Buy some organic, free-range eggs. Take a pinch of sea salt on your finger, and a piece of chopped raw garlic. Put those in your mouth first. Then simply drink the egg, like you would any other thicker drink, like a milkshake. I ASSURE you that a raw egg tastes JUST THE SAME as a partially cooked one (like soft-boiled). In fact, before hitting the "post" button, and submitting this comment, I ENJOYED one raw egg, with sea salt and garlic, as a way to motivate you to do the same. You are, of course, free to do (or not do) as you please, but if you DO try, and enjoy, raw eggs you will thank me for turning you on to it...

Thank you for this tip .... I will have to prep my mind to do this. People are saying the same about oysters, but that is another one of the things I could not overcome thinking that they are gross! On soft boiled, I am particular: I like the yolk soft, but I don't want the whites too runny. Like I said in my previous comment, I can handle it whipped. So far, I had it with sugar, but I should then try it with salt and garlic. I love garlic!