If there are any weaboo Malaysians here, you’d know about the recent anime convention over at KLCC Convention Centre. Comic Fiesta (CF) is the biggest anime event of the year (not to mention there was a Hatsune Miku Concert on the same night!!), and its the kind of place where anime and comic geeks gather to meet their online friends and buy merch of their favourite series! My friends and I have been going for about 5 years, and it would be an extreme waste to miss out on it because of all the cool and beautiful things they have to sell on that day. 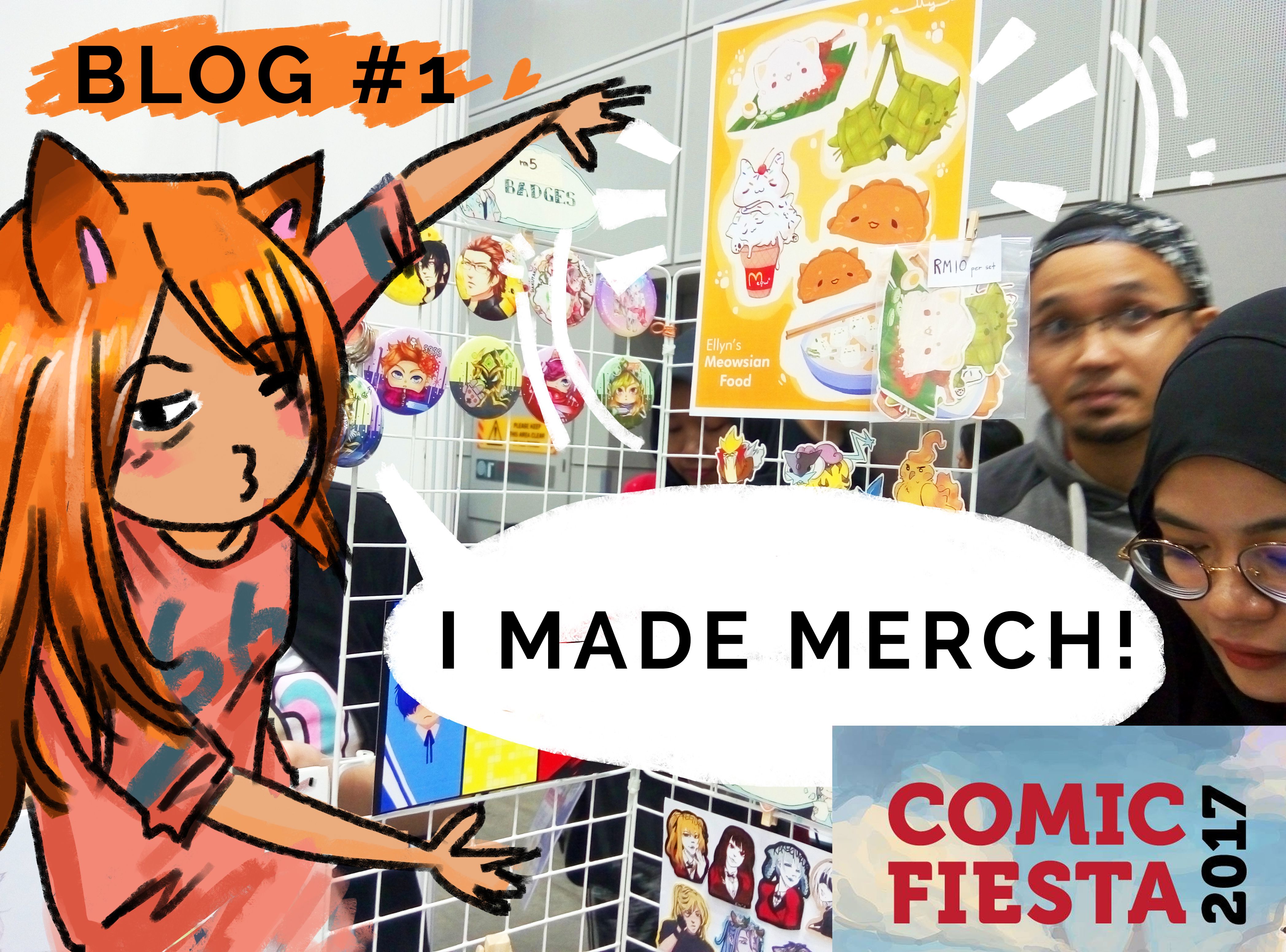 However, me being the reliable person I am, completely forgot about the necessary time you need to create merch. And I was collaborating with a group of friends to open a booth for CF. So, the day before CF, I had to come up with really- really quick ideas for what to sell there. (Actually, I already had ideas months before, they just couldn’t be done in a day.)
Simplest things to sell during CF is usually :

If I wanted to sell badges, it’d be too late because you had to order them in bulk and wait for them to deliver it to you.
So comes the stickers I made for CF and the ideas behind it. I swear, I rushed through this like a bullet train, I didn’t eat and I didn’t go to the toilet unless I really had to. I WAS PANICKING SO HARD.

My first idea was an ice cream cat! Its super cute and delicious. And it actually became a series of Malaysian Food Stickers! I think I’ll save the process of all the foods in another post ;)

But yeah I really liked the idea of cats + food. Because at CF there are always vendors selling these really nice looking foods, so I thought, we need some Malaysian foods as well! It’s always western desserts, breakfasty stuff and Japanese food. 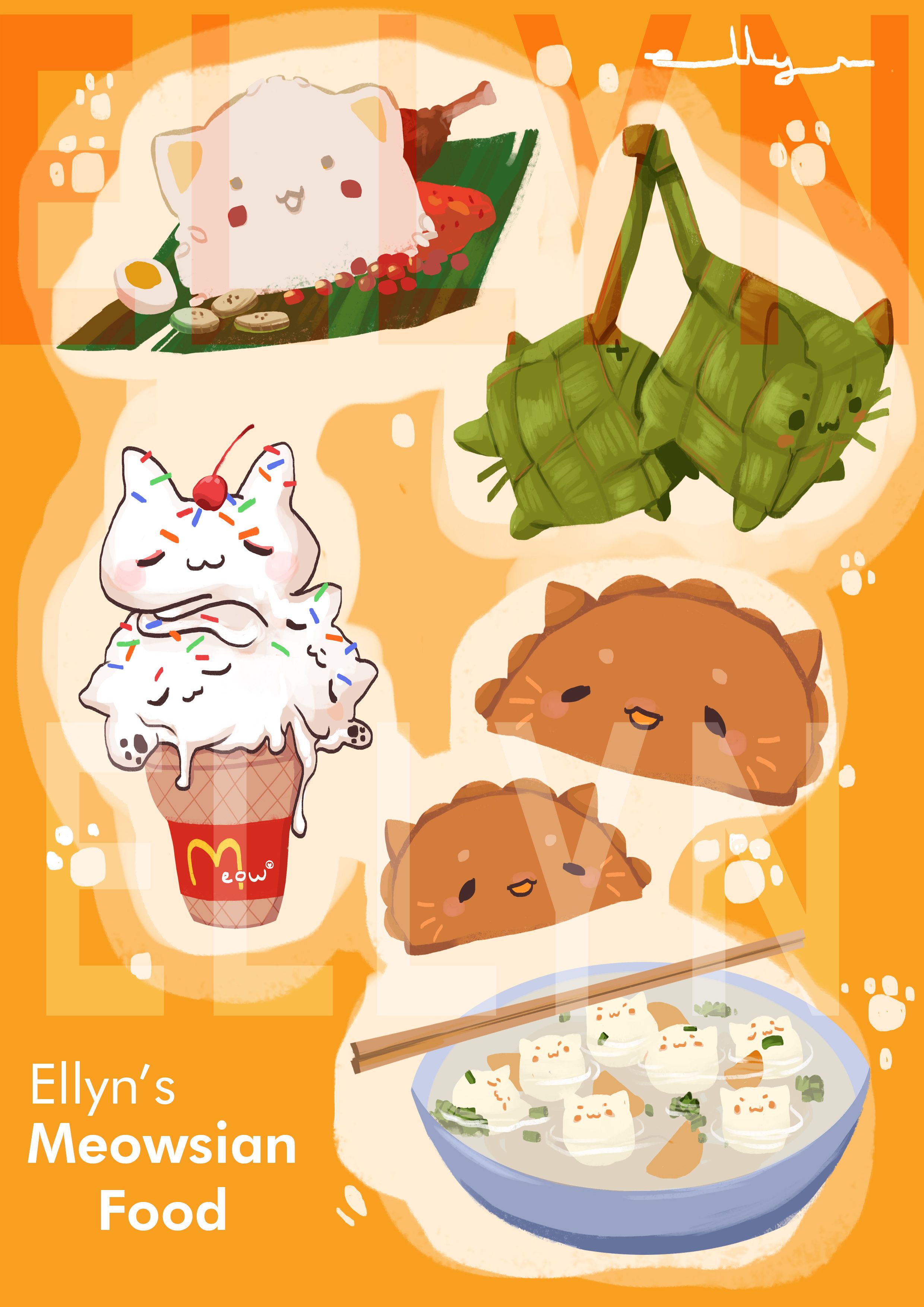 The foods I used here (starting from left to right and descending down), are Nasi lemak, ketupat, McMeow Ice Cream, Curry puffs, and fishball soup! These are all familiars to the locals here, especially nasi lemak, a popular breakfast food.

After that, I thought I should make Animal Crossing stickers considering their launch on the app store recently.

But, I was never really good at drawing fanart, so I Malaysianised it again! I used some well-known and some not well-known animals such as the tiger, binturong, pangolin, orang utan, tapir and sun bear! If you don’t know some of these animals I implore you to look it up because they’re precious animals! And sadly, most of them are either threatened or endangered.

Back to the topic on hand, I also had a friend who helped me design some pokemon stickers! They are really cute doggo/burdo stickers of legendary pokemon! Check out him out @kaimu (although he's relatively new and I don't think he's posted anything yet but... once he does you'll love his art style!) I finished the drawings at around 7-8pm, which makes it really late, considering that the printing shops closes at around 9pm here. I rushed out and quickly printed a few sets of stickers at around 8:30pm, it was such a close call. 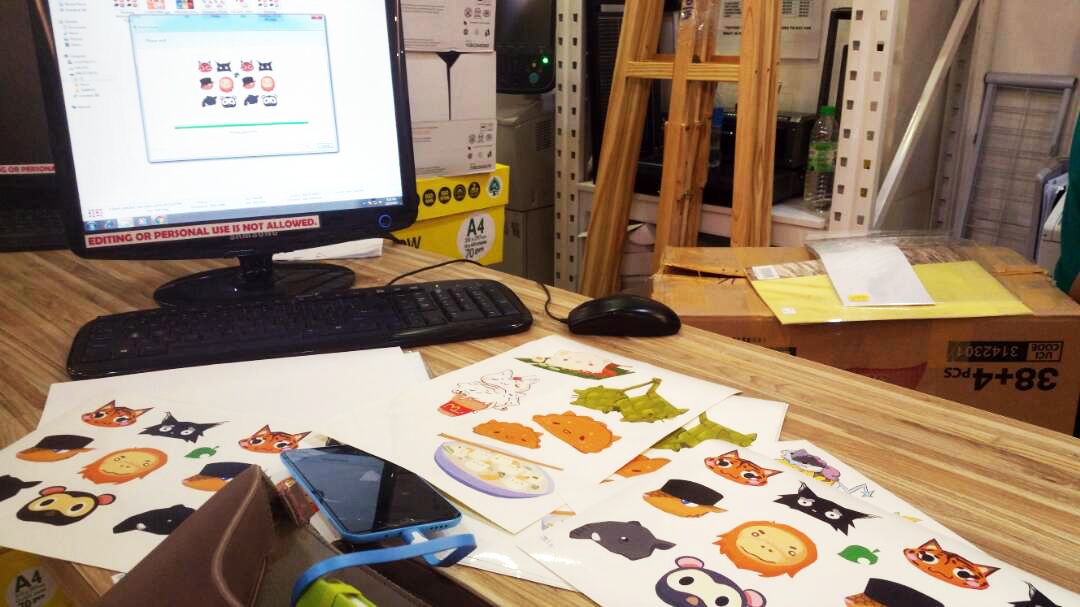 Went back and started cutting up all... 40 sets of stickers and prints. I slept really late that night. Thank goodness some of my friends helped me! They became my slaves for the night haha. 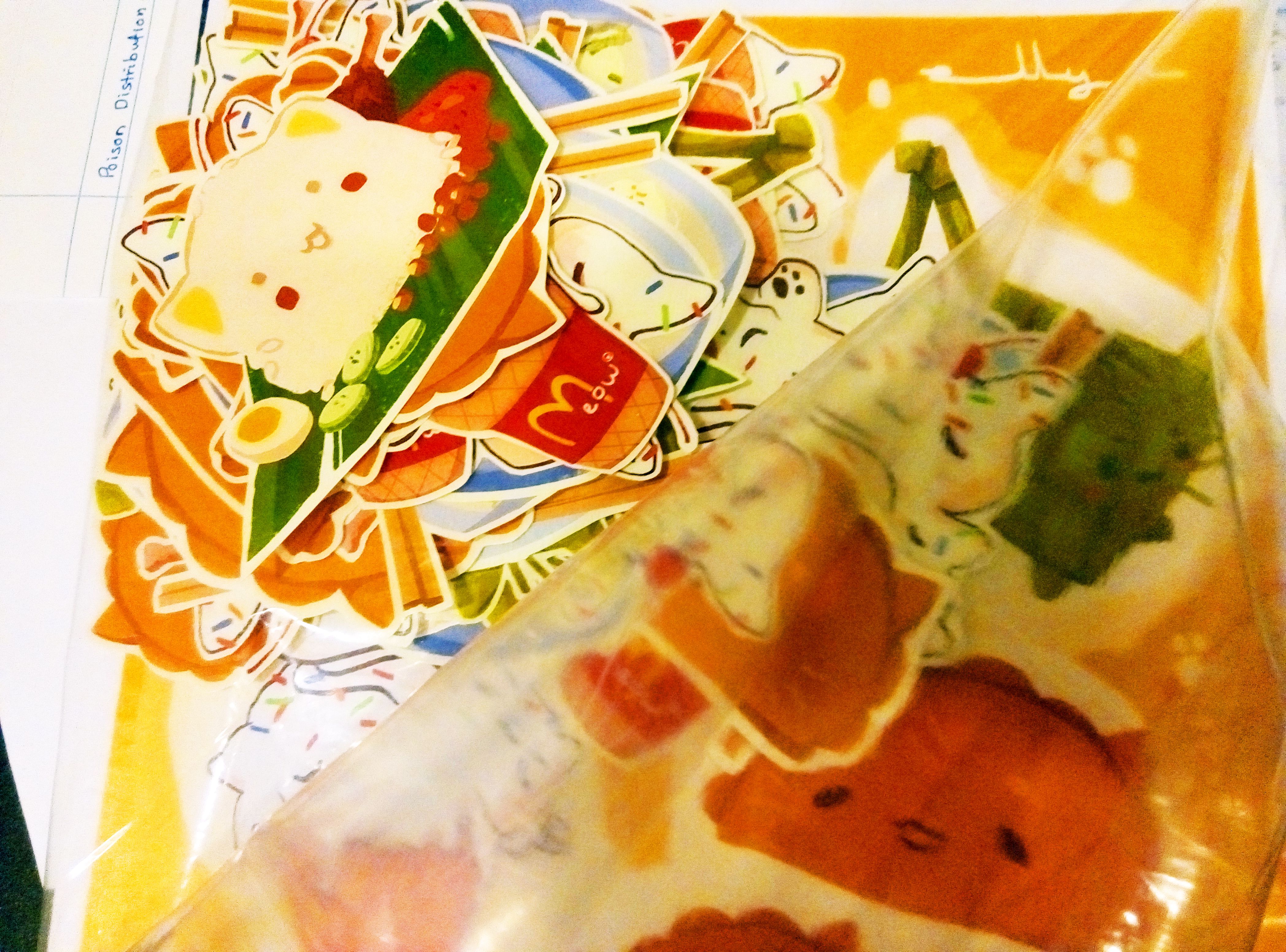 Through sore fingers and tired eyes... we finally finished cutting up all 160 stickers... I'm really grateful to my friends who helped me through the wee hours of the night.
However, the next morning, I remembered I had art prints to cut up as well!!! DX Congratulations @ellyn-suraya, this post is the most rewarded post (based on pending payouts) in the last 12 hours written by a Newbie account holder (accounts that hold between 0.01 and 0.1 Mega Vests). The total number of posts by newbie account holders during this period was 2985 and the total pending payments to posts in this category was $1975.14. To see the full list of highest paid posts across all accounts categories, click here.

Your dedication to your art work is exemplary. Keep up the great work!

thank you very much @bitrocker2020

Your entrepreneurial spirit is a gift that inspires many others to become the best they can be. I really appreciate your works and the activities that you involve. As a student, your spirit considered very high and your drawings are really beautiful. Good 👍

Thanks @zomagic, I hope I will do well.

Reply to this comment if you accept, and are willing to let us promote your gem of a post! By accepting this, you have a chance to receive extra rewards and one of your photos in this article will be used on our compilation post!

Woww, a great contribution, common to my own learning, thanks

This is a great post, I'm very impressed with you.
I want to read first, if there are more recent posts from you.
I already upvote you, and do not forget my followb back ok👍👍

Nicee... great job ellyn ... hopefully, next year we can include our #steem-cartoon art and scroll project comic to be displayed at your booth...

Ps: you spelled steem cartoon tag with double ss ... your post doesnt appear on our trending

Looking forward to the scroll project too, sir. Thanks for the info!

Wow! You all hustle the shit out of it! Mega respect!

Things will get easier for you guys after this, but once in a while, look back at that night, and I can guarantee even with all the new wealth you amass and the new network you built, there's a certain kind of satisfaction that you can replace from a true blue hustle effort.

Thanks! I think I probably will avoid doing this again in the future, but it did have its own fun in all the hustle XD

$0.06
1 vote
Reply
[-]
zord189 (72) 4 years ago (edited)
I especially love your creativity and wow those stickers ARE SO adorable!!! I would rather see you 'Malaysianize' your art because then you would be unique. the Karipap and ketupat :)
We are always happy to see quality post up on Steemit. Thank you for tagging 'steemitbloggers'!!!
We hope to see more posts from you! :)

Thank you! I would really love to Malaysianize more, but trying to understand a country's style/aura is really hard haha. Think about it, trying to identify and determine what makes this country? There's so many parts to research on.

If I try, maybe I would record my findings as well ^^
Happy to join the community!

Haha, no pressure no pressure. Just do wat u do best, that is draw and create. :) Keep it up

The @OriginalWorks bot has determined this post by @ellyn-suraya to be original material and upvoted it!