Life of the Hobby& The search for the great one.

Just like playing a slot machine opening packs of cards can be the same way, you're not guaranteed to get what you want.
And most the time you will walk away disappointed and feeling nothing can go your way.

I feel with the ease of search engines and other social platforms this can put people on that path of feeling like you have the worst luck, seeing Jonnys upper deck the Cup Rookie autograph of McDavid can get you asking why? Why not me?

Well the thing is people don't post their shit ass cards they pulled from a 700$ box of cards that holds 6 cards in a pack and one pack per box.
I've felt this way before but have to remind myself that it's about the hobby and if it was guaranteed to get a 30 thousand dollar card in ever box everyone would be doing it.

I have been collecting since I was a kid and have a ton of cards and still haven't got that autographed Wayne Gretzky
"The search for the great one" and continue to look for it. You have to do it for the love of the hobby and not the greed of getting rich off of it; that rarely happens.

But that being said don't go broke doing it neither, I've heard of horror stories of how much one can spend doing it, only to find out the cards that once held value are not worth as much as one thought

And to be honest some of My better cards I have I spent money to buy them, that to can be risky because now you're dealing with another person you don't know and have the risk of being ripped off or receiving a damaged card.

Another thing is that player you are collecting can be traded. This happened to me recently with one of the cards that are shown in the picture (Artemi Panarin) I started collecting him and I got that Contour Rookie Autographed Patch (RAP) an a week later he gets traded to the Columbus bluejackets for another player I use to Personally Collect (PC) that once played for the Blackhawks and was traded.

So there is always that worry of the player you PC will be traded and unless it's a rookie card of that player most likely the Book Value (BV) will drop. 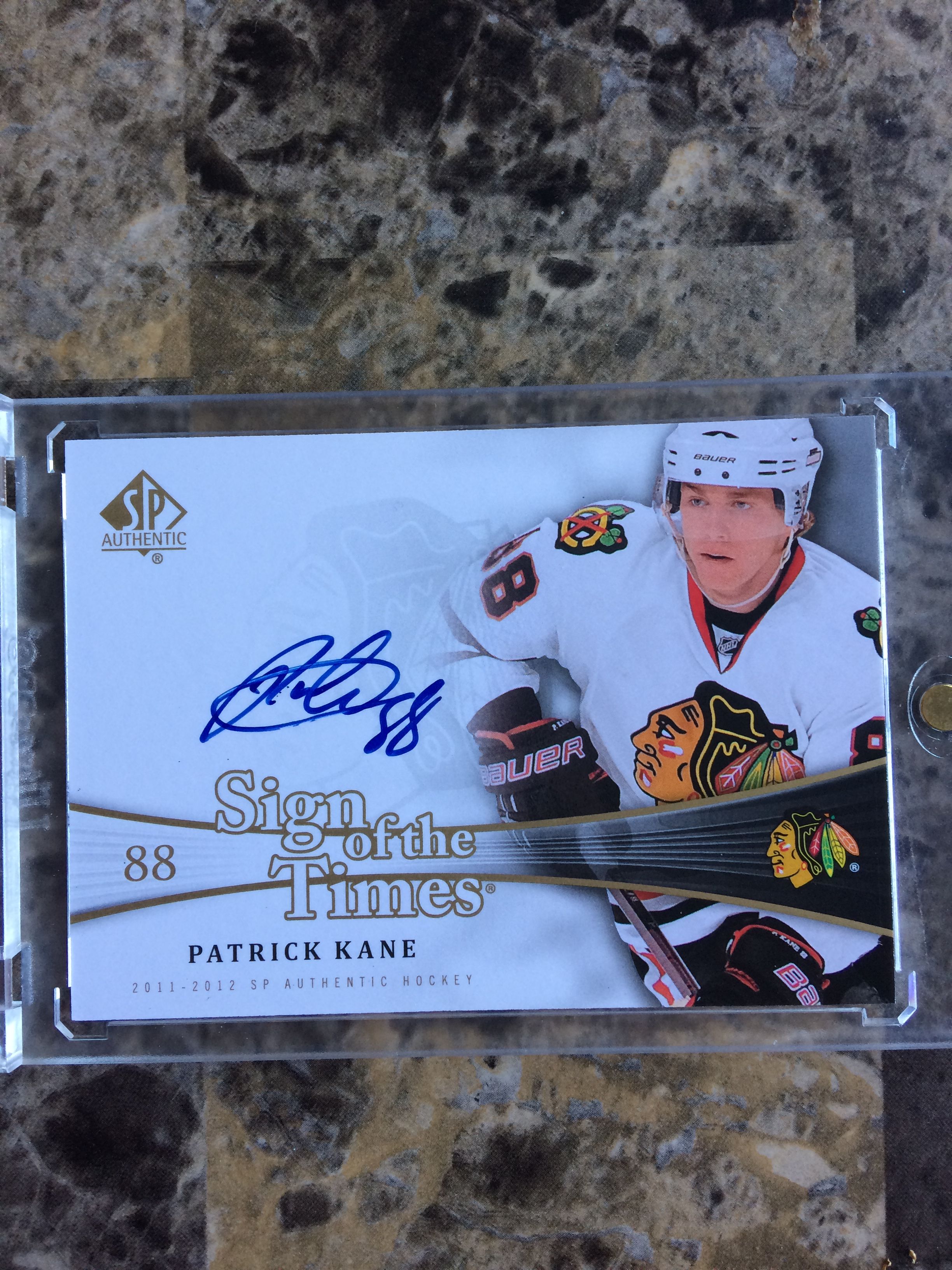 Congratulations @ian.wash! You have received a personal award!

Congratulations @ian.wash! You have received a personal award!