Betting with Bookie - Introduction to Betting Markets (Moneyline and more) 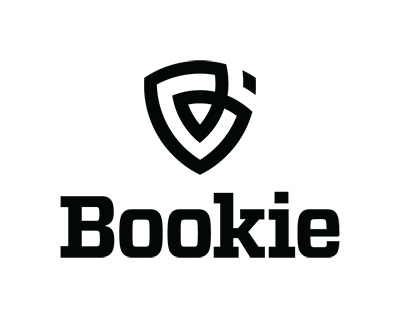 Betting with Bookie is an ongoing educational series designed to demystify the betting experience. Each article will tackle sports betting terminology and concepts in a simple way, in an effort to make you a better bettor.

The simplest way to bet, the way you most likely imagine when you think of the term, is to stick to a binary who will win or who will lose scenario. But for almost every event there will be multiple markets to bet on, and being able to understand how each different kind of market works is a key element to making informed and (hopefully) profitable betting decisions. Sometimes, you’ll be able to find an edge in markets that most other people have spent less time analyzing.

Four of the most common types of markets you will find in team sports on a betting exchange - or a sportsbook, for that matter - are listed below.

Moneyline
The type of bet described in the opening paragraph is Moneyline. This is the straight-up win or lose scenario mentioned above. Let’s use an NBA game as an example: either Cleveland will win, or Los Angeles will win. ‘Moneyline’ is historically a North American name that has become standard around the world, and is most commonly used when referring to bets in US major league sports. Its use has also crept into betting on other sports, when someone wants to quickly say “betting on the basic result of this event/game”.

Match Odds
Match Odds are the soccer equivalent of a Moneyline bet - basically “What is going to happen in this match?” The big difference between Match Odds and Moneyline is down to the fact that soccer matches commonly end in a draw, and so there are three different outcomes to bet on: Home Team win, Draw, Away Team win. The common shorthand used to express these three options is:

As with every transaction on a betting exchange, you can back or lay every selection, giving you the most options of any type of bet.

Spread
This is where new bettors start to feel a bit overwhelmed. Sometimes referred to as Handicap, betting on the Spread is still picking a winner but with a caveat: for the purposes of the bet only, one of the two teams involved will receive a certain number of points added to their final score, and the bet will be judged a loser or winner based on this artificially adjusted final result. Using the same NBA example, you back Cleveland as a 3.5 point favorite to win the game, which will show as Cleveland -3.5. This means Los Angeles is already winning by 3.5 points before they even start playing!

Another way to describe this is Cleveland has to win by an amount greater than the Spread to win the bet. A final score of 93 - 90 in favor of Cleveland makes all bets for Cleveland winners on a Moneyline bet. But for all bets placed in the Cleveland -3.5 Spread market, we must first subtract the 3.5 point spread from Cleveland’s score. The new score would be 89.5 - 90 to Los Angeles - they were losers in the Moneyline market, but winners in the Cleveland -3.5 spread market! So, in this case, all bets on Los Angeles in the 3.5 Spread market were winners.

Spread markets were originally introduced by sportsbooks because of the fact that mismatches are common in professional sports. If the Chicago Bulls in Michael Jordan’s prime were playing a low-ranked side, the odds of the Bulls winning would be so low that very few people would be interested in having a bet. So sportsbooks introduced spread markets in order to offer customers the possibility of betting on something that was more attractive - where both possibilities were more or less likely to happen.

Over/Under
The last type of bet we’ll cover is the Over/Under, or O/U for short. It’s a simple concept to grasp, but that doesn’t make it easier to win! Betting on the Over/Under is guessing the total number of points in the game, regardless of who wins, and then deciding if the two teams will combine for a score Over that number, or Under it.

With Over/Under betting, the actual winner of the game does not matter. So if Cleveland vs. Los Angeles has an O/U of 201.5, and the final score was 95 - 92, you would have won that bet by backing the Under (because the total of the two teams’ scores is 187).

Placing any bet requires a combination of luck and knowledge, but even more so with Spread and Over/Under. These require a fair bit of research into a team’s history against certain opponents, how they fare playing at home versus on the road, if any key players are injured on their team (and on the opponent’s team), and many other factors.

Bookie is bringing provably fair sports betting to the world by building our betting exchange on the Peerplays blockchain.

Waiting for Bookie. I hope that it will be released before worldcup

We're waiting too! Look out for a big announcement next week about Bookie's rollout over the next few months... World Cup 2018 is a big deal, you're right.