Would you work at the Shipyard? 100 Years After Hog Island and World War I

Would you work at the shipyard? 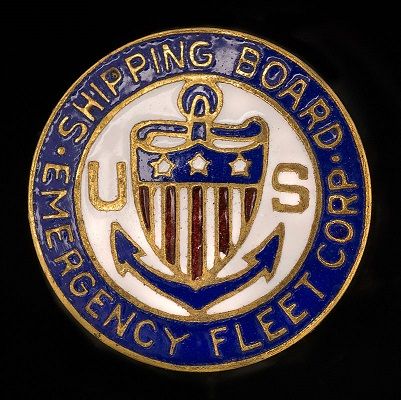 Work at a shipyard might not seem too appealing to Steemians who like to write and consume information from the comfort of their home, but working at a shipyard was a good opportunity for people looking for work one-hundred years ago.

When the United States entered World War I, the Navy needed to build ships and therefore needed shipyards and shipbuilders. One place that ships were built was Hog Island, Philadelphia. At Hog Island, 30,000 people worked to launch over 100 ships in four years. Although the work was physically difficult, it provided steady employment and a chance to earn money, so people moved to Philadelphia from all over the United States. Was it a good job?

With the benefits of a government job, a steady salary, and seemingly endless pattern of production work at Hog Island seemed like a step-up for most people who started to work there. Not only did it offer a stable government job, but people who worked at Hog Island were also allowed to avoid serving in the military in World War I. Conscientious objectors who did not want to fight were able to build ships and contribute to the war effort without actively fighting in the military. Additionally, it offered an opportunity to learn trade skills in building that might be useful after the conclusion of the war.

Was it a bad job?

Still, work in the shipyards was not easy. As you might expect, industrial work was dangerous, physical, and mentally exhausting. You also had to work in close proximity with many other people. In October 1918, nearly ten percent of the Hog Island workers did not show up to work because of the Spanish Influenza. Outbreaks of the Flu were common in 1918 Philadelphia, and work at a shipyard only increased chances of contracting the disease.

What would you do?

Now that you have some background on the shipyard in 1918, it is your turn to respond, fellow Steemians. If you were transported back into 1918, what would you do? Would you work at the Shipyard?

I probably would be in the army just like I am now, even though being an soldier/officer then was much worse than now.

I'm curious what the shipyard employees did after the war. Move into other steel-centered industries?

Here is some footage from the Hog Island Shipyard.