Hellow friends, today i gonna talk about the side effects of drinking sea water .
Main thing is that it causes dehydration and kills too after consuming for alot of time.
What a crazy thing to think that we would die of thirst surrounded by water, but it's true, we can't drink (only) seawater and survive. Why we can't drink seawater and survive, though, is quite interesting. 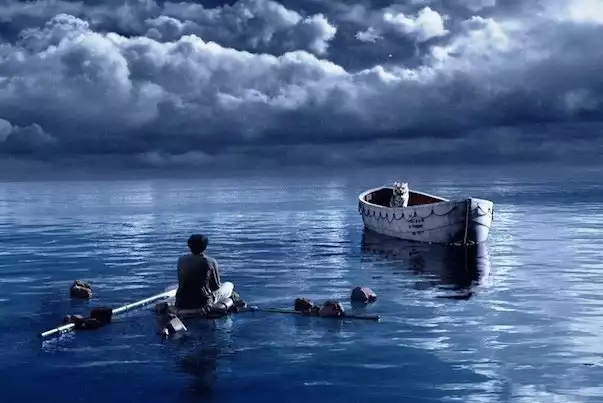 Think about osmolality like this. If you put 1 teaspoon of sugar into a cup of coffee, you'll have a certain amount of dissolved sugar in the coffee. If you added two teaspoons you'll have twice as much dissolved sugar in your coffee. If you accurately measured how much sugar you used and the volume of your coffee, you'd be able to measure the osmolality of your coffee. We can do the same with any solids that dissolve in liquid, and can compute this concentration in a measurement called milliosmoles per liter, which is abbreviated mOsm/L.

Humans are made up of about 61% water (1), and all of the cells and compartments contain fluids that each have varying degrees of dissolved solids in them from the minerals we ingest, such as sodium, magnesium, and potassium, just to name a few. Our body fluids, namely plasma, the watery portion of our blood, averages about 300 mOsm/L (2), or about 0.9% of dissolved solids. Seawater, on the other hand, is about 3 times more concentrated, at about 1000 mOsm/L, or about 3% of dissolved solids

Don't Drink the (Sea)Water! At Least Not Too Much.
This large difference in concentrations of dissolved solids between body fluids and seawater creates the problem of why humans will die of dehydration from drinking seawater. This is not a problem if you drink certain amounts of seawater, and are able to counteract it with fresh water. In fact, in the accounts of the Kon Tiki, a raft that sailed across the Pacific from Chile the Polynesia, the crew experimented with drinking different percentages of seawater and found they could mix up to of 40% seawater in fresh water without any ill effects. In fact, adding seawater in percentages around 30% made them feel less thirsty than with the same amount of just fresh water, which could be an effective survival strategy for making one's water last longer if lost at sea.

But if you are capsized on the ocean with only seawater, you're better off drinking nothing than drinking seawater since, as you can see, you will become more dehydrated even more quickly and hasten your death by dehydrating your cells sooner. The moral of the story is: Don't get lost on the ocean, and if you do, take lots of fresh water, mix it with seawater to make it last longer, but never drink pure seawater.

You can't steal posts from other users