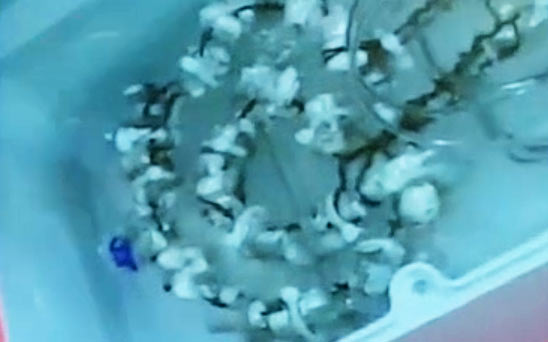 Has MFMP volunteer Bob Greenyer discovered evidence of a new pathogen or is it really just a vector?

The device produced electricity - but got colder than the ambient temperature when doing so.

Talked about anomalous electrical production from his nano-coated wires whilst being heated.

He raised the concept of Negative Resistor, that is a device that takes some form of energy from the environment and produces electricity.

NOTE: NO CLAIMS ARE MADE FOR THE KESHE TECHNOLOGY, THIS IS JUST A CIRCUMSTANTIAL PIECE WRITTEN BY MFMP VOLUNTEER BOB GREENYER FOR COMMENTARY

The Martin Fleischmann Memorial Project (MFMP) is a not-for-profit community interest company.
You can find more about it here

Donations of any size can be made direct to Quantum Heat C.I.C.s (the organisation that runs the MFMP) bank account here, thus saving charges:

Max Nozin found this report of a Russian group claiming to be able to transmit huge amounts of power over a single 8 micron wire with no return using tesla scalar wave technology, that which is credited with being able to produce metal softening also.

Oh my life already, I have been a true believer in cold fusion since 2011 but the things that are being discovered are unbelievabubble. Our cells can transmute elements....

The first reported biological transmutations in modern times are from 1798.

Dr. Brian Ahern was sent this blog for comment. His response was

He witnessed the Sweet device produce electrical energy in the 1980s.

Sweet based his work on Tesla

Manelas based his device design on Sweet's reports

Manelas uses both of those concepts.

The key seems to be understanding where the second Tesla electrode is. Because all electrical engineers work with 2 wires.

The Earth is the second wire and energy flow is from the earth to the high voltage, pulsed DC electrode has curious results if the wire is first surrounding a ferrite billet.

Prof. Francesco Celani was sent this blog for comment, his response was

Now we are preparing a NEW experiment which aim is also to RECONFIRM such very intriguing effect. [that was reported in 2016 onwards]

Other aim is to INCREASE the AHE, at constant input power.