With each passing day, more and more things are becoming dependent on mobile power sources. The most prevalent source, which powers our phones, laptops, and even electric cars is of course the lithium ion battery. 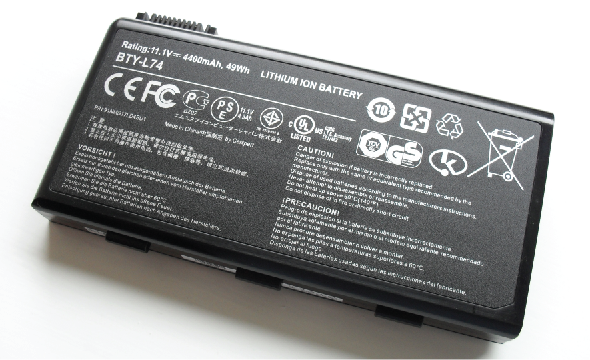 Today lets discuss a recent publication (April 24, 2017) in Nature: Scientific Reports titled "A high-power and fast charging Li-ion battery with outstanding cycle-life." This particular paper doesn't have the sexiness of a brand new technology, and won't garner the media attention that such a topic would. However, the science is solid and the work could have an impact on the batteries that are going to be made in the near future. So, I thought it might be interesting to take a look.

In General How Does A Battery Work?

For many of you this is likely common sense, and you can feel free to skip this section and move onto the next where we will actually discuss the intended publication. For those of you who aren't familiar with batteries in general (beyond using them to power your stuff ) this section will prime you with the basic idea of how they work (I will be brief I promise).

Basically a battery is composed of three main pieces, an anode, a cathode and some sort of electrolyte solution in which they sit. Now batteries take advantage of a type of chemical reaction called an oxidation/reduction reaction. In these reactions you have one compound (the reductant) that really wants to give up it's electrons and another (the oxidant) that really wants to receive electrons. So taking advantage of this sort of chemistry, we can get electrons to flow from one compound to the other compound, put those puppies inside of a container where the two compounds are isolated and you have your self a battery. Now what do we call flowing electrons? Yep, that's right. Electricity.

In a battery we call the compound that is the oxidant the anode, and the compound that is the reductant the cathode. We allow the electrons to flow from the anode (oxidant) to the cathode (reductant) by connecting them together with a wire (or in this case a path that the electrons can flow through... like your device! or as is the case with the diagram below.. a lightbulb). In the case of a lithium ion battery, the cathode is typically a lithium carbon compound and the anode is typically some sort of Lithium Iron/Lithium Manganese/Lithium Metal compound, while the electrolyte solution contains ionic lithium.

So How About This Article @justtryme90

OH! Yeah, the article! In this article the authors were reporting a new lithium ion battery chemistry which they report was able to maintain 65% power output after as much as 2000 charge cycles (if you are discharging and re-charging your phone every day that is just about 5.5 years... speaking anecdotally my phone's battery capacity gets pretty terrible usually by the second year, I can't even imagine 5!)

They devised a cathode which was made from this compound: Li2NiMn3O8 (or as they are calling it LNMO)
An anode made from titanium dioxide (TiO2) nanotube network, and an optimized liquid electrolyte containing LiPF6 and a variety of other organic compounds (organic meaning carbon containing, not non GMO ;) ).

The authors discuss that the TiO2 anode has a number of advantages over the more traditional graphite based anode used in standard Lithium ion batteries, most notably its twice as dense as graphite, so you can cram a lot more anode into the same amount of space. However these anodes require a very powerful, high capacity cathode to give them electrons.

This is why the authors chose the LNMO compound for the cathode, it will push a lot of electrons (high voltage), has a great ability to do the reverse chemical reaction (this is what happens when a battery recharges), and most importantly for them and for us: It's cheap [3].

They Showed Off The Battery's Discharge/Recharge Capacity

The above image is a look at the battery's capacity over many many cycles. What you can clearly see from this plot is that with this particular battery chemistry setup, they are able to achieve a highly re-chargeable and very stable battery.

The author's have presented here a Lithium ion battery with lifetime exceeding those available on the market. With as good or better output then commercially available batteries are able to deliver as well. Just because it isn't flashy new chemistry, doesn't make the science behind the optimization of current technology any less fascinating, at least to me. Here's to hoping that some day soon, this battery technology ends up in one of my devices. It would be great to be able to have this sort of recharging lifetime!

All Non Cited Images Are From Pixabay.com And Are Available Under Creative Commons Licenses

Any Gifs Are From Giphy.com and Are Also Available for Use Under Creative Commons Licences

Images from figures in Nature: Scientific Reports articles are available for reuse under a Creative Commons license.


If you like this work, please consider giving me a follow: @justtryme90. I am here to help spread scientific knowledge and break down primary publications in such a way so as to cut through the jargon and provide you the main conclusions in short (well compared to the original articles at least!) and easy to read posts.

Interesting! Did you find any information about heat produced during the redox reactions and if it could cause any issues?

There is a lot of heat produced by these batteries, and thermostability of the both the cathode and anode compounds is typically an issue. However they report their choice of cathode material (titanium dioxide) has higher thermostability then the more standardly used graphite anodes, and the LNMO cathode also is reported to have high thermostability both by them and other literature. So it looks like this particular Li ion chemistry pairing is more tolerant of heat then other more standard commercial chemistry.

I didn't discuss all of that, but (luckily!) it was discussed by the authors.

Thanks for such fast answer! I never heard of this combination, I will look more into it when I get the chance. And I agree with you, there is almost always room for improvement.

I am finishing work on a research article submission of my own. Responding to your question was a welcome distraction ;)

Good batteries will make solar power even more viable, I can see why certain industries wouldn't like that to happen.

That's a good point. Efficient storage is really important for solar energy. Honestly if we could store it well enough we would not need any other sources.

Exactly, energy independence could be obtained by everyone and just think how many industries that would disrupt while creating new ones.

Honestly that is the way of the world. Technology advances and the old ways are replaced by the new ways. We should embrace it. The same thing will happen in finance with crypto.

These batteries are getting more powerful in duration of charge of the devices, I do not doubt that comes a revolution of more powerful devices of which they are useful to the next batteries :)

Indeed, the next generation of devices will likely require better battery tech! It seems like the research is there to support what we will need, which is reassuring :)

maybe if more folks who operated vapes knew how the battery worked then they wouldn't have such accidents :/ ?

I blame the battery, maybe certain Vapes are not using quality batteries, I mean look at what happened to the Galaxy note 7. There was nothing the users were doing to make the batteries explode, they were just poor quality.