The Science Proof of Split Process of The RED SEA "Exodus"

The Story of The Propeth 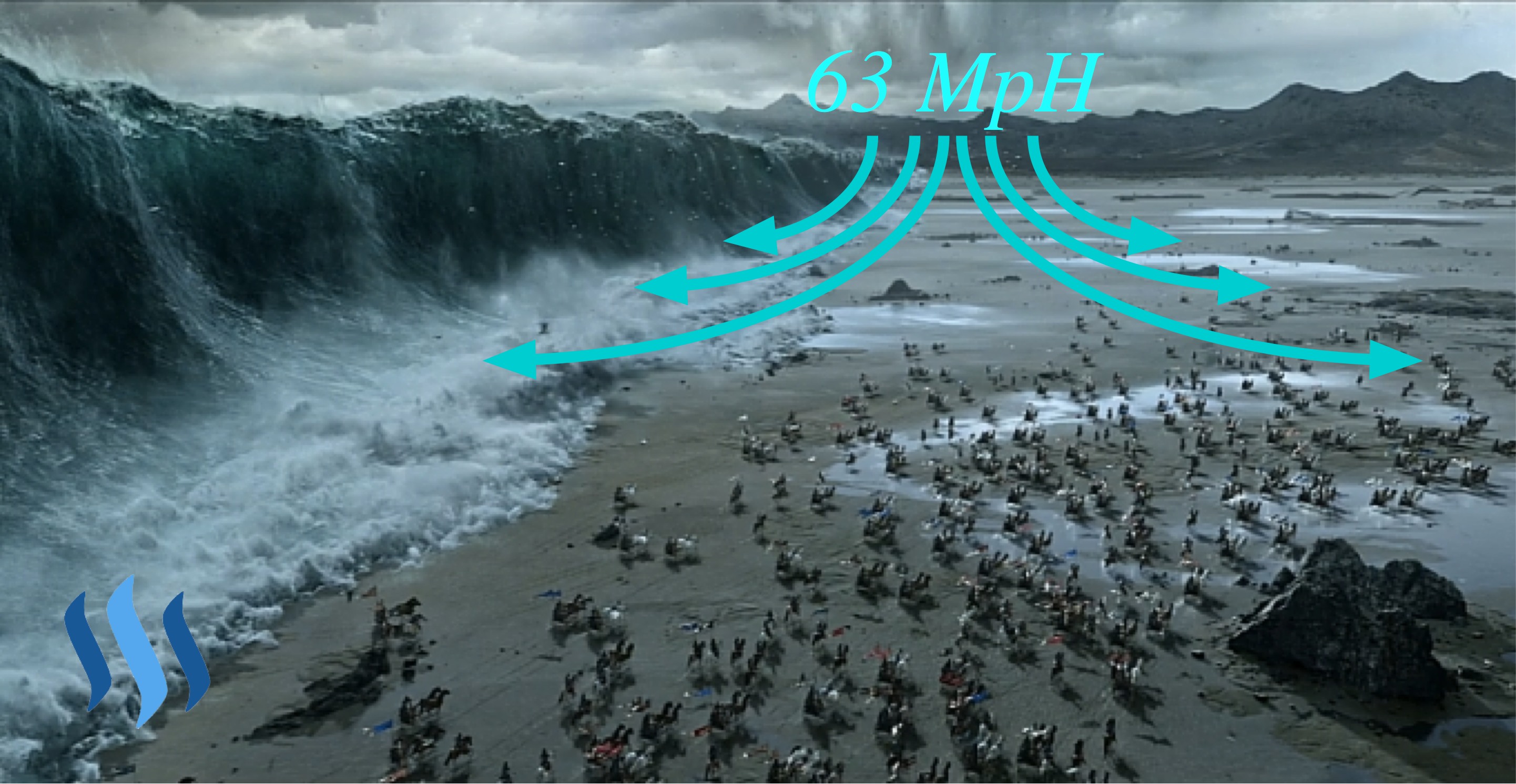 The movie lifted from the story of the journey of the Prophet is endless. Although this type of movie quantity isn't plural, but still attract attention. One that makes a film that lifts an interesting religious figure is the interpretation of the director who worked on. Quite often it also reap the controversy.

Controversial religious film does not necessarily diminish the spirit of the director to work on similar films. Toward the end of the year, the film about the Prophet Moses's journey was released. The film was titled "Exodus: Gods and Kings" The prophet Moses who in the holy book was known by his miracle of splitting the sea in leading the Israelites out of Egypt's grip now comes with interesting interpretations. The scene of the "exodus" in the film is not plainly illustrated by a sea visual split in two with a giant water wall on either side. The cleavage of the Red Sea in this film is illustrated by the low sea water due to the tsunami. Bruce Parker, a professor of Stevens Institute of Technology in New Jersey, claimed that Moses did not rely on the miracle of God to split the Red Sea. probably he use his knowledge of ebbs and flow while leading the Israelites across the Red Sea, to escape the pursuit of Pharaoh's army.

The former head of the National Ocean Service scientist at the National Oceanic and Atmospheric Administration (NOAA) in the United States wrote in the Wall Street Journal that Moses used his knowledge of the ebbs and flow to make sure the people he guided were able to cross safely. Previously one theory said, the splitting of the Red Sea due to the tsunami caused by earthquake. This cause before tsunami occurs, usually the coastal waters will recede.But Parker's theory denied that water would return within 20 minutes. Such a short time could not give Moses enough time to cross the dry seabed, thought be in the Suez Bay at the northern end of the Red Sea. In addition, the Prophet Moses must have prior notice from God that there will be earthquakes and tsunamis. If it recedes in Suez Bay then the seabed can dry for hours. Prophet Mose camped on the western shore of Suez Bay when Pharaoh's army was visible in the distance. Moses had knowledge of the tides of the Red Sea and by looking at the moon, he could predict when a tide would occur. This knowledge is not owned by soldiers living along the Nile, which are connected to the Mediterranean Sea which has no unique ups and downs.

"Knowing when the tide will occur, how long the seabed will stay dry and when the water will rise again, Moses can plan his escape with the Israelis,"

When there a chase, the full moon appears in full and that's when the low tide is at the lowest point so that the seabed can stay dry for hours. Allow long time for Moses to cross. If so, then the tide will be at its highest point so it can drown the army of Pharaoh.

The Proof of Science 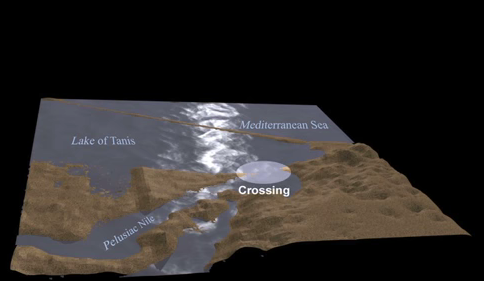 An archaeologist Ron Wyatt in the end of 1988 declared that he had found some of the carcasses of the ancient red-bomber-based wagon wheels. is opinion, this might be the wreck of Pharaoh's armored wagon when it was used to pursue Moses with his followers. According to his confession, in addition to discovering some of the wheels of horse-drawn carriages, Wyatt and his crew also found several human bones and horse bones in the same place. This discovery certainly reinforces the notion that remains of the bones are part of the skeleton of the Pharaoh soldiers drowning in the Red Sea. Moreover, from the results of tests conducted at Stockhlom University against some of the remaining bones that have been found, it is true that the structure and content of some bones has been aged around 3500 years ago, where historically, the incident also occurred in the same period. Among of several wreck train, he also found a wheel with 4 bars made with gold. It seems, this is the rest of the horse-drawn carriage ridden by Pharaoh the king.thanks for steemit senior archaeology @gavvet

The crossing location is estimated to be in the Gulf of Aqaba in Nuweiba. The maximum depth of the waters around the crossing location is 800 meters on the side towards Egypt and 900 meters on the sides towards the Arabs. Meanwhile on the north and south sides of the crossing path (red line) the depth reaches 1500 meters. The sea depth from Nuweiba towards the Gulf of Aqaba is about 1/14 or 4 degrees, meanwhile from Nuweiba Bay to the Arabian mainland about 1/10 or 6 degrees. It is estimated that the distance between Nuweiba to Arabia is about 1800 meters. The width of the split Red Sea passage is estimated at 900 meters.

Then We inspired to Moses, "Strike with your staff the sea," and it parted, and each portion was like a great towering mountain.

And We had inspired to Moses, "Travel by night with My servants and strike for them a dry path through the sea; you will not fear being overtaken [by Pharaoh] nor be afraid [of drowning]."

Several of US scientists discovered the scientific process of splitting the red sea after a series of research. With computer simulations, they found that powerful wind blows could divide the red sea until it could be passed to cross. Researchers point out that strong east winds that blow at night can push the seawater into the depths to create a passable path for crossing. If the wind blows for 12 hours, then the red sea "splits" for four hours and then closes again.

"The water splits can be understood by fluid dynamics.The wind moves water in a manner consistent with the laws of physics, forming a safe crossing path with water on two sides and then suddenly closing again immediately,"

Carl Drews from US National Center for Atmospheric Research (NCAR)/

The Moses and his followers cross with 7km distance, wind force blowing with 63mph and making sea water for 4 hours, mathematical number in verse of As sua'ra: 63, explaining about crossings, and proof of 7km mileage come in verse At Taha 77

Thanks @steemiteducation, followed you, looking forward for your next post

... very in depth work. Love it
Wonder what it must have been like for Moses ...

Thanks for reading, and for your participation