The Incredible Green Laser, Capable of Quantum Application, is Possible with the Help of a Jellyfish

Who hasn't pointed a laser beam at someone at night just to freak out the neighbours or passersby? Anyone? Oh, I thought everyone had such a pranky and eventful childhood as I did. 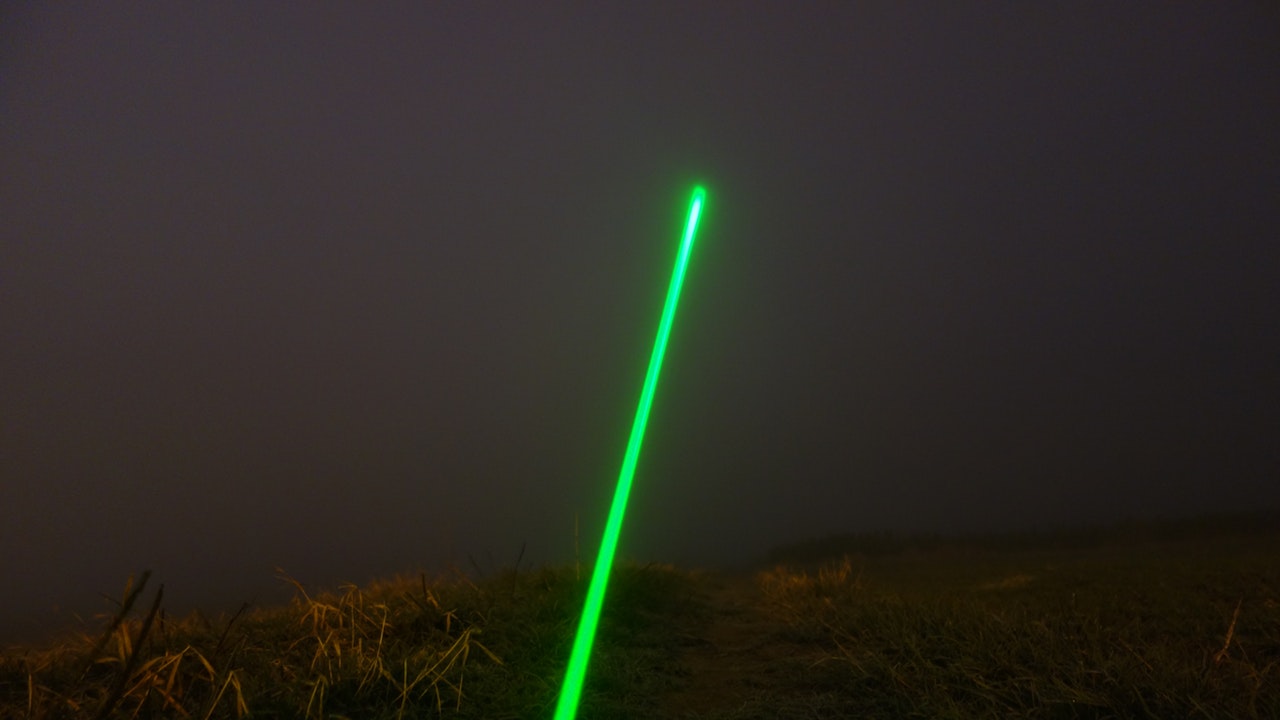 A Brief History of Laser Creation

The laser was first built on May 16, 1960, by Theodore H. Maiman who leveraged on the theoretical works of Charles Hard Towns, who coined the name maser (the acronym for microwave amplification by stimulated emission of radiation) and laser. He worked together with Arthur Schawlow, his brother-in-law, of Bell Laboratories. Towns shared a Nobel Prize in Physics with two other scientists ( Nicolay G. Basov, Aleksandr M. Prokhorov) in 1964 for their work on masers and lasers. Arthur Leonard Schawlow, his brother-in-law too shared a Nobel Prize in Physics 1981 with Nicolaas Bloembergen and Kai M. Siegbahn for their works in the development of laser spectroscopy

Lasers are a pretty cool set of concentrated photons which has a lot of use. First, the laser is an acronym for Light Amplification by Stimulated Emission of Radiation.

Just like the name implies, lasers are an intense beam of electromagnetic radiation or monochromatic light which is gotten from photons emitted when atoms or molecules are stimulated.

The laser is a device capable of a lot of potentials as seen by this statement, "a laser is a solution seeking a problem." This statement was made by the inventor of the laser, Theodore Maiman. Theodore Maiman invented the first laser on May 16, 1960. At that time the problem it will help solve was not that clear, but the inventor knows it is something that has a massive application in the future.

Decades later and true to his prediction, there have been a lot of processes that brought out the usefulness of lasers.

The collaboration between biological engineers and physicists is about to help make a different kind of laser. They will need the help of jellyfish Aequorea victoria. Or more specifically proteins that are from the jellyfish.

Lasers are different from lightbulbs. In light bulbs, the filaments get heated by electrons which flows through it making it excited and thus emit light. The rays emitted are scattered.

Meanwhile, lasers emit light using much the same way. But the light emitted from lasers are fine-tuned, tightly packed, and concentrated beams (photons).

A herd of humans fleeing in a disorderly fashion could be likened to the light bulb, while highly-trained soldiers marching in a single file could be taken to be the laser.

To make laser emit photons the way they do requires specific substances to emit the photons in a particular manner.

Photons emitted by lasers usually have these characteristics: they are directional, coherent and monochromatic.

Coherent waves create light which is monochromatic (has same wavelength and frequency). That means each wave has one frequency or with the constant phase difference. The waves produced are of the same amplitude and in phase with each other.

Of course, laser light is highly directional. The beams are often relatively very narrow and point to a particular direction. Other light sources are not as directional as the laser.

Types of lasers: colours and uses

The type of substance used determines the kind of wavelength produced by the laser. That is because different materials create different wavelengths of light. The different lasers are used for different applications.

They are used in most laser pointers, sensors, CD-players, spectrometers, barcode scanners, holographs, etc. They are made from helium-neon gas.

The violet or blue lasers are usually used in the data reading in Blu-Ray disc players. The laser is produced through the excitation of the gallium nitride (GaN).

In the category of the most advanced laser type is one that is made from excitation of the Bose-Einstein Condensate (BEC). It is called the polariton laser. The BEC is the supercooled (almost near absolute zero) state of matter of a dilute boson gas when the atoms collapse into the lowest quantum state so that the quantum effect could be more easily read on a macroscopic scale.

The polariton laser is created when atoms of a BEC undergoes an excitation to produce half-light, quasi-particles and half-matter.

The polariton lasers are quite useful as there are applications of it in quantum physics such as quantum computing, to track cancel cells spread, make data transfers faster, etc.

The polariton lasers are difficult to produce. The supercooling to cryogenic temperatures which are necessary to make the excitons (a quasi-particle) stable, increases both the cost and complexity of the device. 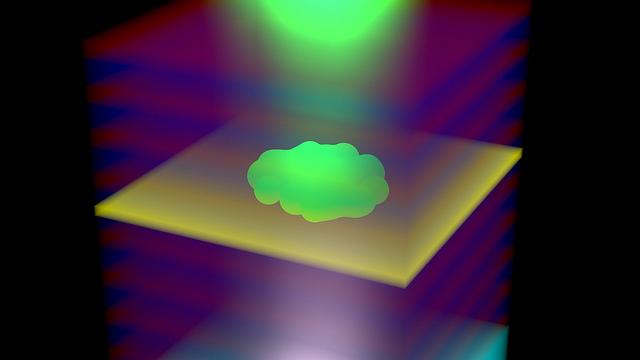 Polariton BEC which is made up of the transparent polymer layer (yellow) and two mirrors made of different oxide layers (red and blue).

The green is the polariton that is created by bosons (photons and electron-hole pairs) when the polymer layer (yellow) interacts with the microcavity.

These polaritons emit greenlight from top of the mirror when it undergoes Bose-Einstein condensation.

Low energy light is pulsed on a lab-grown cell from victoria jellyfish containing a green fluorescent protein (GFP) in 2011.

A laser cavity was created when a thin film of GFP (between 35nm to 500 nanometers) is sandwiched in between the two mirrors in a chamber. This created an organised monochromatic green laser light.

The lasers produced without no supercooling temperatures were the first biological lasers.

Leveraging on their success in creating a first biological laser, researchers in 2016 grew an enhanced GFP (eGFP) on a bed of e.coli. This eGFP gives off a more stronger green laser light.

The polariton with GFP was able to produce a laser that has quantum application and did it at a room temperature which is a breakthrough in the field of lasers and its use.

Supercooled atoms in the BEC makes the particles to behave more stable. But the jellyfish proteins are barrel-shaped which makes the photon to align perfectly.

Jellyfish was a good candidate as it has a glowing cell.
The race is now on for other colors of the biological laser.

Thank you as always.