Science: How Seedless Fruit Propagate and A 2000°F (1204°C) Material That You Can Safely Touch with your Bare Hands

I was a keen gardener as a kid, by gardener I mean I have beverage tins filled with loamy soil that I plant things in. 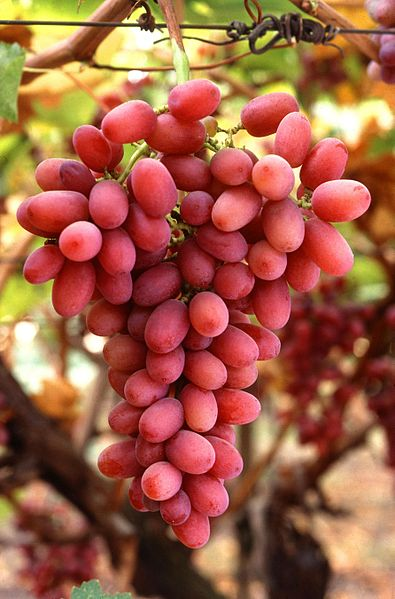 I remembered my frustration as a kid after enjoying a delicious grape but was surprised as there was no seed inside for me to plant.

The curiosity got the better of me; I asked an uncle who told me to forget about it that even if there were seeds that grapes of that nature do not thrive in a tropical area like Nigeria. That explanation did not go down well with me as it did not explain how the grapes got to be without seed.

I know that a seed is required to get a fruit, what confuses me is how the grape got into existence if there was no seed. Does it mean it was sterile? If it was how do we get to have other fruits from it?

The seedless fruit can be seen as sterile since the fruit, which can represent the mature ovaries, houses the embryos (seeds) which it lacks.

The journey of a seed begins as an ovule during pollination, which when fertilised forms a zygote or embryo. The zygote is what goes to become a seed, the ovary on the other hand either metamorphoses into a fleshy nature (berries, drupes, etc.) or changes into a hard shell in the case of nuts. The development sequence of a typical drupe, within 7 1⁄2-month period from bud formation to fruit ripening. Image by John O'Neill [CC-BY-SA-3.0]: Wikipedia

Notice how the flower changes to fruit, the ovaries become fruits, and the ovules are the seeds. The animals can help in its dispersion by consuming the fruits. The seeds are spread when they defecate hence ensuring the continuity of the plant.

But in the case of seedless fruit, it disappears once the fruits get consumed, and that is the end of the specie continuity.

The answer to why this defect, which by the way makes for more convenience in consumption, is by a process known as parthenocarpy.

Fruit development normally begins when one or more egg cells in the ovular compartment of the flower are fertilized by sperm nuclei from pollen. In some plants, however, fruit develops without fertilization, a phenomenon known as parthenocarpy. Parthenocarpic fruit has advantages over seeded fruit: longer shelf life and greater consumer appeal. Scientific American

The process allows for seedless fruit production since it does away with seed fertilization.

Using the process of cutting which involes cutting off a part of an "infected" (i.e the seedless clones) vine or branch, which is then dipped into a rooting hormone. 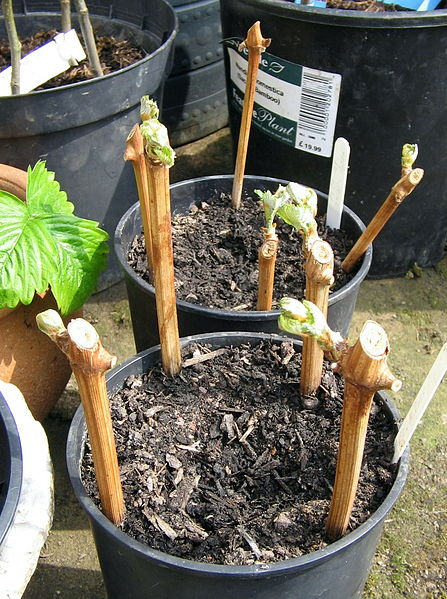 This cutting is put into the soil, and it grows like its clone producing a seedless grape.

The seedless fruits do not lack fruits per se but rather the fruits never get to mature- thus no hard covering on it.

Modern seedless fruits like these grapes require the help of artificial plant hormone known as gibberellin to develop properly. This hormone is sprayed on them as it lacks it as a result of the underdeveloped seeds present in the grapes- the seeds produce the hormone.

How did it first start?

In 1902, the New York Times published an article, The First Seedless Orange. The report was about a woman, Mrs Nellie Desmond while visiting her brother that stays in Brazil noticed a clump of "freak orange trees" that grows without seed. She brought one back and planted it in California in 1872. As they say, the rest is history.

Now to some "magic" in science. There is this video on Youtube that shows a demonstration of a red-hot material brought out of an oven at a temperature of 2200 °F ( 1204 °C) picked up by bare hands seconds after being placed outside.

The magic is not so mysterious again once you know the science behind it. But first, let us check the material, it is called the LI-900 It is merely a type of sponge made from sand- it contains 99.9% silica glass fibres with most (94%) of its volume occupied by air.

It has one of the most amazing thermal properties; it can go from 2200 degree Fahrenheit (1204 degree Celsius) to 70°F (21°C) or less without suffering any damage. That is it can be heated to that maximum temperature of 2200°F and inserted into cold water with no issue to its structural integrity. The baked silica squares form part of the 20,000 tiles that protect the space shuttle during its entry into the earth's atmosphere as the temperature could get as high as 2200°F. 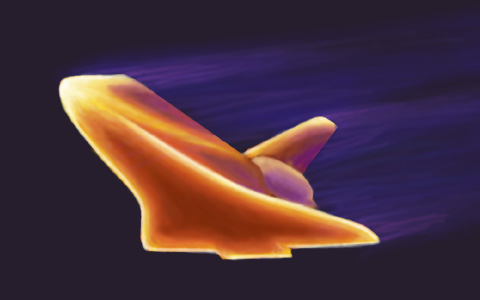 Simulation of the outside of the Shuttle as it heats up to over 1,500 °C during re-entry. Image by Astrowikizhang [CC-BY-SA-3.0]: Wikipedia

People were able to touch it second after coming out of the oven due to its extremely low thermal conductivity. If you watched the Youtube video, you would notice the demonstrator instruction to pick the cubes at the corners. The reason is that the corners cool faster than the other part of the cube due to its geometry. But even at that, the "cool" edges is still hotter than 300°C which means that if the material is, say steel; it would sear the person that touched it.

In 2010 NASA gave out 7000 of the tiles with an estimated cost of $1000 to schools, for educational purposes, in the USA who only has to pay a paltry $23.20 to cover the cost of the shipping and handling charge.

That was an inspiring gift to the next generation of space explorers.

Thank you for visiting.

Thanks for scientific explanations. Always wondered grapes don't have seeds. Thanks.

This comment has received a 0.28 % upvote from @booster thanks to: @biomanu.

Both very interesting articles. Personally, I would have posted them seperately as they are unrelated, and both worthy of their own "space."

I've always wondered about seedless grapes, and I do appreciate now knowing thanks to you!

Well, I thought about posting it as two separate topics but I decided against it as it is all under science. Thanks for your input and do have a wonderful day.

Oh, the money. I get it. But I think I've got more topics to write on. Thanks again.

As a scientist, curiosity is your greatest asesst. I've always wondered why grapes never had seeds but never found out. Now I know, all thanks to you.

Thank you, I decided to even add another topic but I really do not want it to be too long. People are already afraid of lengthy article, not to talk of when it's all science . Lol. Thanks for being here.

A very sweet article of 5 pages will feel like 1 page while you are reading it.

You are right, but some may take off on seeing a very lengthy article without taking out the time to go through it.

True, they ain't worthy of the article then. A good article will always find its audience.

A like mind. I love your passion and curiousity although I never knew grapes were seedless. Enlightening! Keep it up. You can also check my post on pasture.

Thank you for coming and let's stay curious.

This is quite educative. Science will never just seize to amaze us. Even some of this Magicians today rely on science to do some of their illusion stuffs.

We love it when it surprises us in the most pleasant ways possible. Thank you very much I do appreciate every awesome individual comment.

They say curiosity kills the cat but i dont think that holds in the case of scientists... Curiosity educates the scientist!

The cats have nine lives, it will take a lot of killing to get all the 9. Lol. Thanks for coming.

Amazing! In material science, when a metal is force to cool down, it likely becomes brittle and easily breaks off. But to think about this is something amazing. keep doing what youre doing

The material is exceptional; force-cooling does nothing to its structural integrity. I need an oven made of this material.

Interesting read. Its understandable that for space shuttle, the kind of material needed would be light weight with low thermal conductivity, and this one fits perfectly into it. Ceramics are a tad too heavy to be used as furnace linings. If this material could be made a bit more stable for long term, we could see even everyday equipments requiring high temperatures being made of this.

I even doubt if the conventional ceramics will suffice apart from its weight. The ability to withstand two different extreme temperature may send a ceramic cracking and go brittle.

I have no idea if they use the material for any other use, given its current cost.

This is educative as usual from the professor. Well, I had history with grapes too. But I guess I wasn't as curious as you.

Thanks for this gift.

Did your grapes come without seeds too?