@lays was just seen what appeared to be cashing out a lot of SBD that was sent to him for his Upvote service that is not working. (He responded saying he was purchasing Steem delegation from Blocktrades, proof provided) 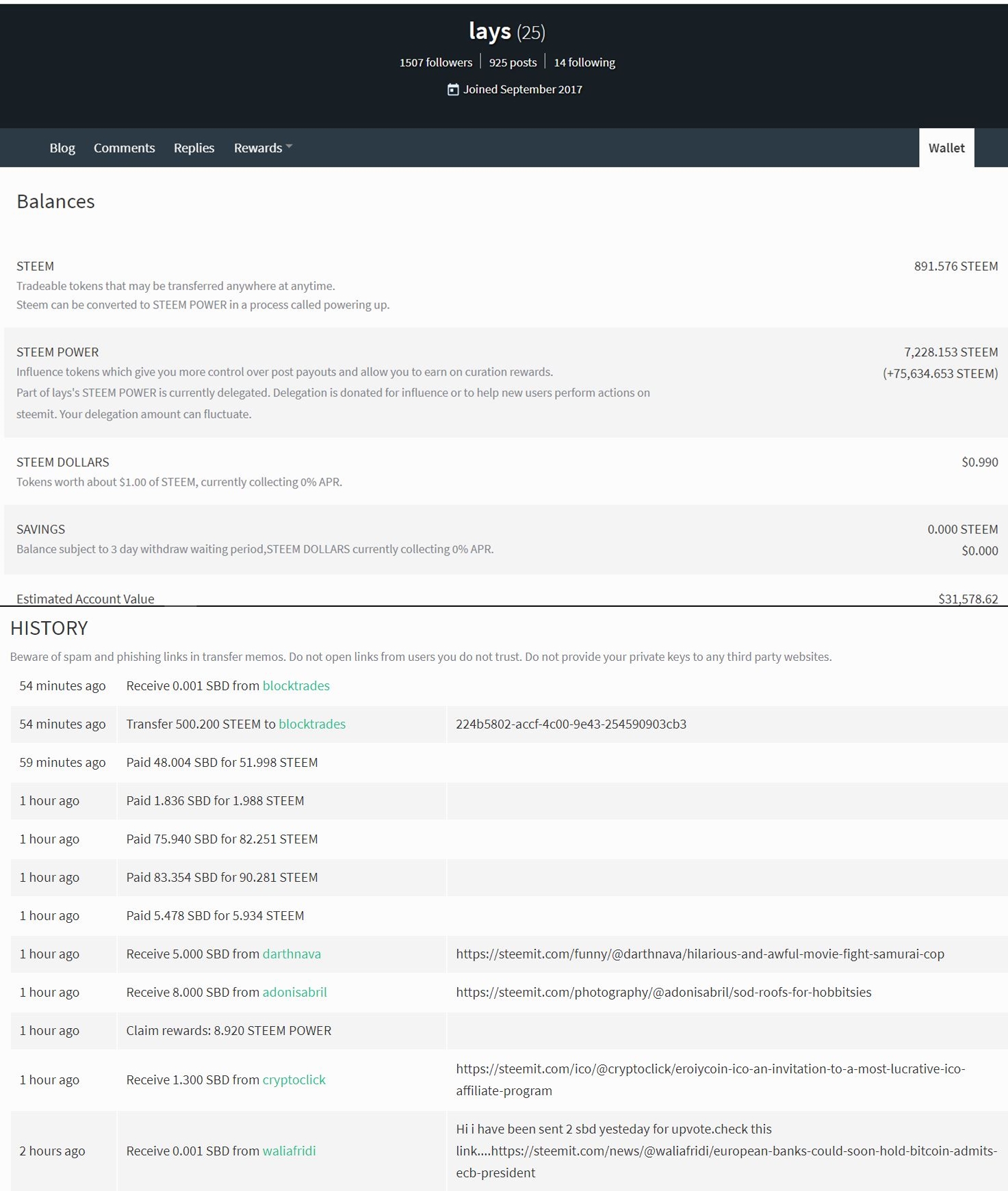 Check his wallet, there are dozens of people sending sbd for his vote service that is not happening, and many are complaining, check the comments on @lays last post. (Many complaints still exist, lays claims he is now manually upvoting all purchases.)

UPDATE: Lays is a manual upvote service, not a Bot service, so delays in upvote could be up to 24 hours or longer as in recent cases, which had brought forth a number of complaints. All votes have hopefully been caught up with now.

@prime-cleric so fuck sick mind you are ? I am not cashing out peoples money Orders full mean i do not want to take more orders because many orders are pending and it was not cash out it was power up i bought more power to help upvote buyers due to steem price crash my vote value gone down

Using your Steem Power for self voting is not the best option, especially if you are selling votes that others have paid and are waiting for.

So why did you not choose to repay all those people who never got Upvotes. Instead you took their money to "Power Up"

I am willing to take back what I posted, but we need to see proof that all those who paid you sbd for upvotes, either get refunded or upvoted.

You were added to the witness steem chat session to discuss that.
You need to go there and chat with the witnesses.

@prime-cleric where is the link of chat session

Orders Full
But no upvotes or return of funds...
All we saw was cashing out. I am sure you saw what Bellyrub did just a few months back...
So we are very wary of what is going on, especially when there are a lot of complaints that I am getting reports of.

Then set up auto refunds, or is this all a manual service and not a Bot service?

@prime-cleric this is not bot it was a manual service

talk in steemit.chat there may be an easy automated solution for you.
https://steemit.chat/home

lays is not scam i guess,,,though he is cashing out ..its giving its upvote services..since few days

I hope not, he has only just cashed out, with a lot of unhappy people looking for a return on the SBD they sent him, no votes given.

lays, your poor business practices does not make me a "madman", if you need help in automating refunds when you cannot take any more orders, then you should look at appropriate bots or coders to help you. Witnesses on Steemit have been affected by your poor services and you need to rectify it, rather than attack the messenger.

@lays got u bro chill .....benefit your users nby giving upvotes ..i m with you

Sad to see so many taking advantage of the platform. I will certainly resteem your post in order for others to become aware of this situation.

Thanks, hate to see people losing to scammers.

It can be so difficult to find trustworthiness on the internet...

If someone is providing a manual service but is not providing what they claim then you are in the complete right to call them out on it. I see they do not like your post but I believe that is only because you caught them and called them out. Perhaps they will learn and repent of this crime against the users of Steemit.

Thanks for warning people. Resteemed.

Thanks for the info.. @prime-cleric

If he is scammer then why he is not getting out by bottracker.com??

Well, maybe this will be a new trend on Steemit. Scammers get more original every time.

I hope not, but it has happened before, pricks ruining the Steemit Community.

Really disappointing that the owner of the bot-tracker decided (publicly in the witness channel) to spare him and allow the scam to continue.. but that shows who everyone really is...

Update: removed from the bot tracker! 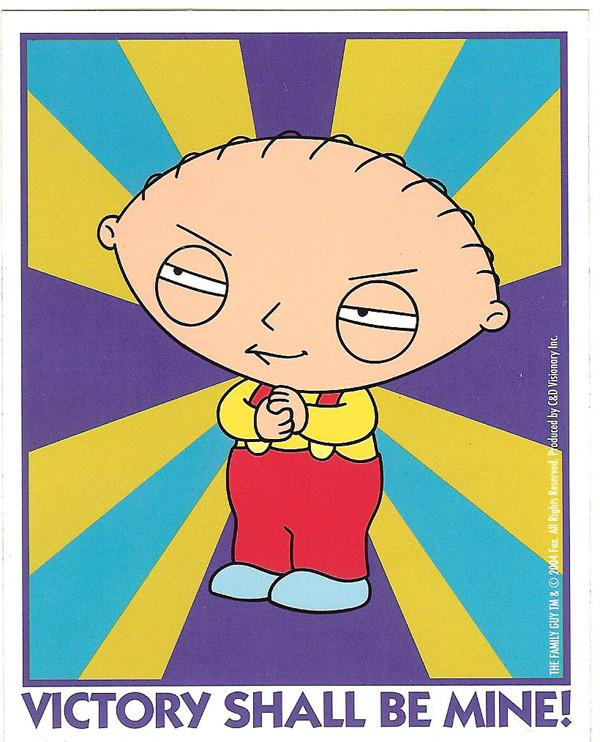 I think i agree with @prime-cleric to an extent... If we cultivate the habit of being generous,i think steemit would have been a better place for us all.... Let's set our priorities right...

Please Resteem, we need to get the message out and warn others.

Hello friend,
If someone send sbd then he lost it ????

Looks like it, unless @lays grows a conscience and repays those who sent him funds for Upvotes that they never received.

I have no issue with you, I've never used your bot.

I just thought to have a look his profile, and became curious..

Using steem power for selfish reasons is not ideal.

Hi,
Nice to read about you and you posts and views. I am into steemit from august 2017, I am interested in photography and I am also into crypto trading and investing,I have followed you so you can also follow me. Let us all join hand and work with one common objective to make steemit reach to great height.
Best Of luck
Teenovision