TL;DR: If you want stability and/or growth, making drastic changes is not the way to achieve it. 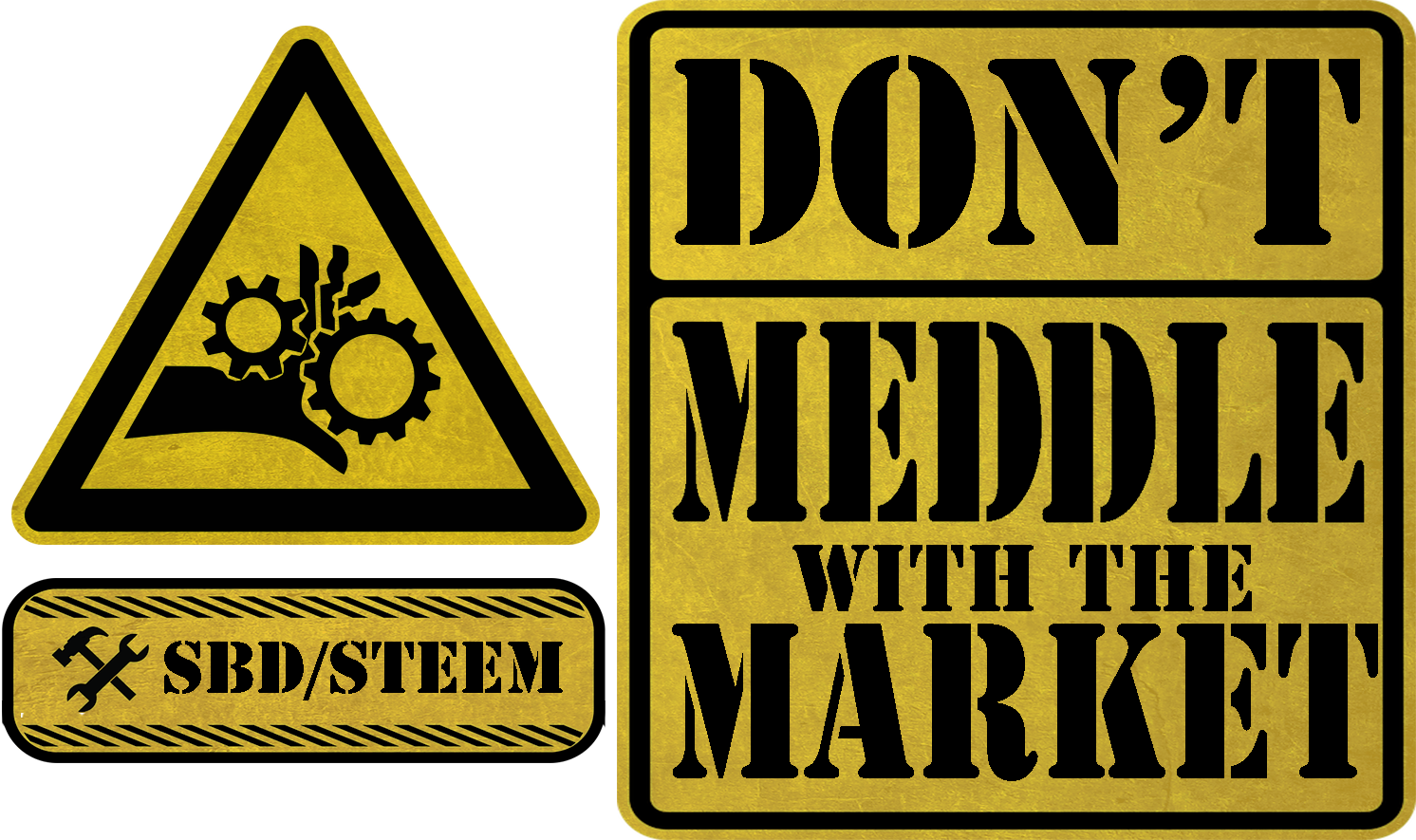 SBD was designed to be a stable asset that would always be traded at around $1. This is supposed to have utility in commerce where the usual volatility expected from contemporary cryptocurrencies is not really desirable. That's not a bad concept and things like Tether and BitUSD show that something like that might have future in the world of blockchain technology.

Still, there are many people (especially witnesses) who don't see the current situation as desirable and who would like to somehow drag the value of SBD back to its $1 peg mainly citing that this would allow it to be used for commerce. It's very important to note that we don't have much commerce built on the stability of SBD despite the fact that it was relatively stable for most of its existence. There are no significant commerce undertakings to protect here yet!

No significant growth in SBD-powered commerce during those times...

The proposed solution is basically to create a conversion process that could convert Steem to SBD taking into account the price of Steem and artificially forcing the price of SBD to correspond to one US dollar. We already have something like that allows us to convert SBD into Steem at a fixed price. If you want to read more about this proposal, I suggest taking a look at this post by @reggaemuffin.

With all due respect to all the witnesses who support this, this is a disastrous idea and it goes against the current interests of the Steem blockchain and the Steem community. Let me explain why I think so.

The Steem blockchain is currently experiencing the most successful period of growth in its history. Why on Earth would we want to mess with that? And a drastic change to the way the ecosystem works will undoubtedly mess with that. Forcing the price of SBD down with a flip of a switch has only one possible outcome - the price crashing down. And keeping in mind that this would be more than a %600 drop in price and market cap in the matter of days, it's a safe bet that it will not stop at the desired peg and will continue downwards dragging Steem down with it. What would stop it? Trust in the Steem blockchain that's willing to destroy the value investor have seen in it at the flip of a switch? I don't think so. Which brings me to my next point.

The Message We'd Be Sending

Regardless of the rational basis that has made investors go hard for SBD, the reality is that they have currently placed significant trust in it. That's trust in the Steem blockchain. What a move like that would tell them is that the Steem blockchain is no longer to be trusted and that the community running it has little regard for their interests. If you were an investor and a coin did that to you and your position intentionally, would you ever consider investing in it ever again? The message we will be sending is that the Steem blockchain is not willing to offer any stability. Why would anybody think that willingness to meddle with the market and trying to control it can lead to stability? We'd be knowingly and willing creating a crash and a destruction of value for the people holding an asset running on our blockchain. That's not trustworthy behavior and it's going to leave an indelible stain on the reputation of the blockchain.

After a blunder like that, who would ever consider SBD or the Steem blockchain safe or stable in order for commerce finally to start becoming a factor? If I was looking for a token to power my commerce endeavors, I would certainly look for something with a better track record, something more stable and with a higher market cap. SBD is currently not a huge contender for that anyway, but creating an artificial crash in its price is never going to make it one.

Why Fix What Isn't Broken?

The way the Steem blockchian has been used so far should send us a very clear message on what is creating the growth. Currently the source of growth is by no means commerce. Trying to protect something that does not yet exist while putting in danger the blogging platform that's powering our growth seems insane to me. As @aggroed has pointed out in his post in defense of a high SBD, we have a lot more growing to do before SBD can even start competing to become what it was meant to become. So flipping the switch on a hard peg right now, even in the off chance it doesn't create a crash would stifle the source of growth and value-creation while not really offering a substitute to take its place.

The Whitepaper vs. The Market 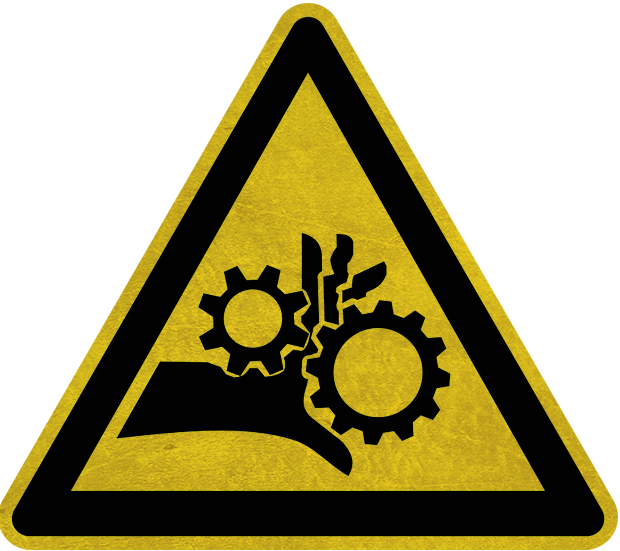 I'm usually the guy debating against all the libertarians here, but even I can see that the free market has spoken. There were some good ideas expressed in the Whitepaper about how SBD should work and what purpose it should serve, but it's clear that the market disagrees. It has found another utility for SBD and even if it is pure speculation, it's still something and that something is still fueling the growth of the Steem community and blockchain as a whole.

Now the question is what should we try to protect more - the freedom of the market and its ability to create value and growth, or our initial ideas about how the market is supposed to work. I personally see it as a no-brainer - we shouldn't be trying to fight the market - when has fighting the market with drastic measures ever led to stability after all?

We should be clear about what this proposal is:
This is an attempt to regulate the free market after it has already started doing its thing!

I have no doubt the witnesses advocating for this have good intentions, but they are simply putting too much value in trying to control the market instead of embracing it.

If this idea remains on the table and if there are witnesses willing to support it, I'm going to remove all my witness votes from them as this is the only real thing I can do to show my position and I'm going to campaign heavily for others to do the same.

Am I wrong? Please let me know if you think so!

I saw the title, read a little bit, and then got to this...

I'm usually the guy debating against all the libertarians here, but even I can see that the free market has spoken.

My eyes got bulgy, my grin widened, and I was in full smile mode. Still am, actually. I agree 100% with you, Dave. Now let's just apply this free-market thing to everything! ;)

I'm glad you agree and I'm glad to have maneged to put a smile on your face! :)

Let's apply this to the Steem blockchain first and then to almost everything else ;)

I was never against the free market and I'm certainly against meddling with it when it's working well. I think that's the case here.

As to our unfinished discussion under a different post, I do plan on replying, I just wanted to get this out first.

It's always a productive convo, imo, if people can disagree but still be cordial and decent human beings.

I still have faith we'll get ya to see the light at some point :)

It's always a productive convo, imo, if people can disagree but still be cordial and decent human beings.

It's one of the things I appreciate about the steem blockchain and community the most - it is not only possible but in fact common to have a productive conversation about touchy or partisan topics that remain cordial, respectful and most importantly to the point.

I still have faith we'll get ya to see the light at some point :)

Always up for reevaluating my outlook on the world and for examining new arguments and points of view. But if you ask me, I'm already staring directly at the sun! :P

free-market rule rules! Someone said something about SBD being created to be at $1 and witnesses wanting it to revert to $1 and I wondered why someone would do that or want that especially in our current society. @rocking-dave 's point and yours just warmed my heart. Glad I'm not alone

Rock on, I totally agree. The little bit of commerce that is happening right now is fully capable of dealing with the conversions. Until we have escrow, e-commerce tools ready to use Steem/SBD this shouldn't even be a discussion. Eventually the price of SBD will go back down to $1, in the meantime ride the wave and leave it the fuck alone.

Exactly, let's take advantage of the situation inserted of turning it into a crisis! :)

so can't you just rolling inflate the actual supply?

say someone has 283 steem backed dollars in their account which equals 1698 usd (x6) so can't we just one-time-print and dump 1415 sbd into that account?

it would push it down to 1 dollar per SBD, but at the cost of short term burning people who didn't know this was about to happen and put in orders for SBD at x6 rates

or do you believe this is something that will iron itself out?

I don't know if it will iron itself out in the future, but I don't see a good reason for us to be ironing it out ourselves forcefully keeping in mind the chance of disastrous consequences.

The Steem blockchain is a bit like a bank. Most of the Steem is locked up in Steem Power but if we introduce instability and turmoil, if enough people start powering down, the whole thing could easily go crashing down. And if we introduce enough instability and uncertainly by making huge changes to the rules, that is not an unlikely scenario.

I definitely agree with you. It doesn't even make sense. Why would someone invest in something he knows the value can just be brought down when any growth is seen. I mean, I have actually enjoyed SBD being at $6-7. It has helped the larger percentage of the steemit community. The people clamouring for the "stability" in SBD at $1 are kinda like the Elite 1% in our world always looking for bills that they alone would benefit from. I'm not completely sure my point makes much sense but I do agree with you, @rocking-dave

Well, to be honest, the high price of SBD itself doesn't make much sense. Buying them up at that price doesn't seem like a smart investment to me, but it's still investment that is pouring money into the Steem blockchain.

I wouldn't say the people that want the hard peg for SBD are looking for a way to benefit themselves. None of the people I've seen advocating for it have bad or selfish intentions, they just have a different opinion on what's best for the blockchain's future. But you can bet everything you have that those people have everybody's interest at heart.